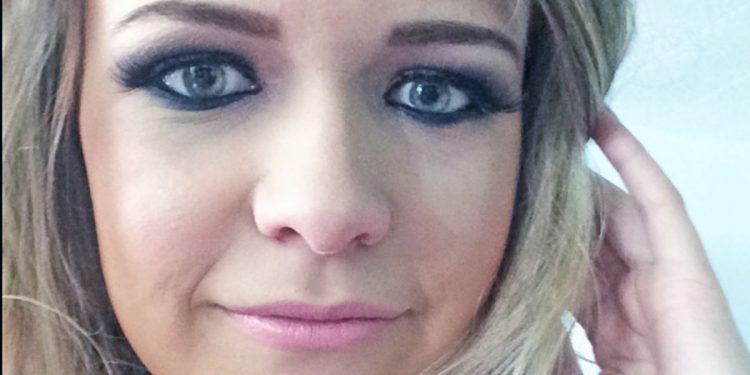 
A woman spent New Year’s Eve in isolation – while her boyfriend cheated on her.

Ally Newsham, 30, had been with Ross, 32, for nearly two years when he told her he was celebrating the festivity at a friend’s house.

The Manchester lass put her trust in her partner as she was self-isolating at home on the night – so was devastated when she discovered he spent the night with a woman he met online.

Ally, an account manager, said: “Last New Year’s Eve I was crushed that I couldn’t be with Ross.

“When he didn’t wish me at midnight or reply to my texts, I knew something wasn’t right.

“After I found out he’d been having sex with someone while I was celebrating alone, I felt sick to my stomach.”

Ally recalled: “Ross and I fell for each other straight away.

“Every morning, he’d leave me sweet notes to wake up to. And by night, he always had dinner ready for me after work.

“He was the best boyfriend and I felt so lucky to have him.”

In February 2020, Ally wanted her pet dogs back from an ex-partner but was unable to bring them into Ross’ family home as they had a rabbit.

She explained: “I missed my dogs so much, so I decided to just get my own place. Ross was only 14 miles away and he stayed over most nights.”

As Ally lived by herself, she was able to form a social bubble with Ross.

Later that year, just days before New Year’s Eve, Ally was ‘pinged’ by the NHS Track and Trace app.

Ally said: “It said I’d been in contact with someone who was infected and that I had to self-isolate for 10 days.

“I was devastated I couldn’t be with Ross during such a special time of the year. Ross was crushed too.”

The couple spoke on the phone constantly over the next few days – until the boyfriend went quiet on New Year’s Eve.

“The next morning, on New Year’s Eve, Ross sent me a photo of his breakfast. It was on a dining table I didn’t recognise.

“Confused, I asked him where he was and he said he was at a male friend’s house.”

Ally added: “I thought it was odd as I’d never heard of the friend. But I decided I was being paranoid.

“Annoyingly, for the rest of the day, Ross ignored my calls and texts. It wasn’t like him.”

Later that night, Ally prepared to ring in the New Year by herself.

She said: “I was miserable being stuck at home, so I decided to get dolled up, to make myself feel better.

“Then, I popped open a bottle of Prosecco and drank on the sofa.

“Occasionally, I went into the garden to watch fireworks.

“For hours I waited for a text or call from Ross, but there was nothing.”

She added: “Then, at midnight, he didn’t even wish me. I was so upset with him, I just went to bed.”

The next day, when Ally tried to call Ross, a woman answered his phone.

Ally says: “The woman said I needed to stop calling Ross and that he was with her. I was speechless.

“Shaking, I told her I was Ross’ girlfriend of two years but she didn’t believe me.

“She said Ross told her we’d broken up ages ago. As I tried to quiz her further she hung up on me.

“I burst into tears. I couldn’t believe Ross had done this to me. I felt so betrayed.

“Ross texted me soon after saying he loved me so I replied ‘He says whilst lay in another woman’s bed.’ He disgusted me.”

Days later, Ally’s isolation ended so she drove to Ross’ house to confront him.

Ally says: “I’d put all of his clothes in a bin bag and told him it was over.

“He admitted he’d met a woman on Facebook Dating after my isolation started. He’d been sleeping with her at her house for three days.

“While I’d been sat at home by myself on New Year’s Eve, he was having sex with her.

“He kept apologising but I didn’t care. I was heartbroken and told him never to talk to me again.”

After that, Ross began showing up at Ally’s house, begging for her back.

Ally says: “Each time, I let him stand outside in the cold, knocking on the door. Although it was hard, as time passed, I finally began to heal.”

When asked if he had sex with another woman for three days, including during New Year’s Eve, Ross said: “Yes absolutely. Unfortunately, it is. It was me being silly. We met on Facebook Dating.

“I really should have nipped it in the bud but I didn’t.

“One thing led to another, which was really irresponsible of me.”

One year on, most voters think Brexit has harmed Britain