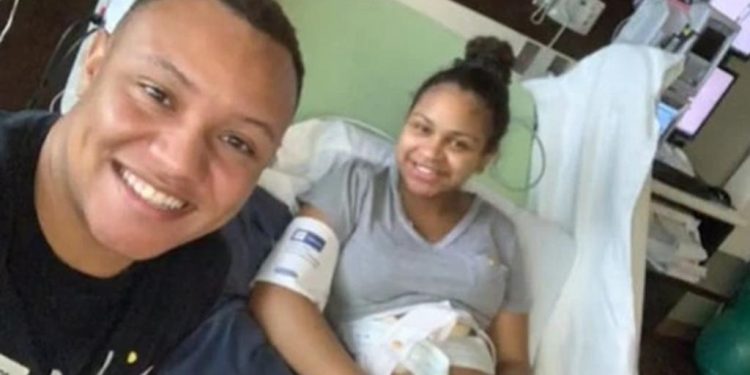 A couple has revealed how their baby was conceived using donor sperm that they found on Facebook.

Naisha Marie and her husband Jayden were desperate to start a family together but were unable to conceive themselves because Jayden is transgender.

The couple, who met in high school, decided to opt for a sperm donor, initially visiting a sperm bank together before turning to social media for help.

Naisha, who shares updates about their family on TikTok, explained why they had chosen to look for a donor on Facebook.

Speaking in a recent video, she says: “We initially did our first cycle using a sperm donor from a sperm bank but that didn’t work.

“It was very pricey to do that which wasn’t an issue, but money definitely plays a role.

“The quality you get from a sperm bank with it being frozen, the timing would have to be perfect so we wanted something that could give us a higher chance so going the fresh route donation is what we chose.”

The couple also said that the two donors they had been interested in had no supplies left due to COVID.

Naisha added: “We wanted more of a personal connection with the donor and we wanted to meet them and ask them questions and see what they looked like.”

Naisha and Jayden created profiles on Bumble as well as Facebook Date where they made it clear they were looking exclusively for a donor.

“I didn’t meet someone on there and then them get me pregnant because I’m married,” she explains.

“We talked to them together and asked questions and then once we found one person we met in a mutual location.

“They agreed to be our donor. We met the month before we actually did anything and got the testing done and all that and then we did the insemination.”

The couple’s at-home insemination was successful and last year they welcomed their adorable son Jax, who has just turned one.

The couple has faced criticism for their method of conception with some dubbing it ‘sketchy.’

However, for every negative comment the couple has dozens of positives.

One viewer wrote: “Happy for you and your family.”

“Don’t let any of these negative comments get to you both,” added another.

Johnson and ministers lied to parliament ‘dozens of times’