Mysterious dwarf-planet Ceres could be habitable for humans 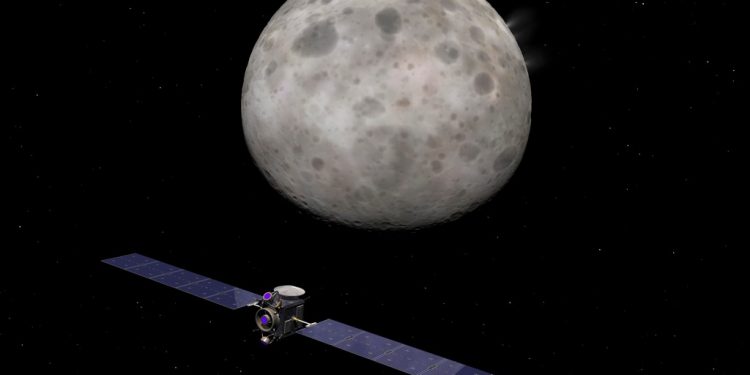 
Scientists think they know where a mysterious dwarf planet that “could support alien life” formed.

Dwarf planet Ceres is located in the asteroid belt between Mars and Jupiter and has left many researchers wondering how it came to be among the space rocks.

Previous studies have suggested the planet contains salty brines that could one day make it habitable for life.

The planet also stands out from its neighboring rocks because its surface contains a lot of ammonia.

That’s a substance that asteroids don’t have.

The only place to get a surface with ammonia like this is said to be the outer regions of our solar system when it was first forming.

In a new paper, a team of scientists has suggested that Ceres was formed at the cold edges of the solar system.

They think it got moved to the asteroid belt in a solar system reshuffle.

Ceres stands out in the main asteroid belt for many reasons.

It’s the largest object there with a 296-mile radius.

Ceres has a lot more in common with Pluto than an asteroid and scientists plan to research it a lot more.

NASA has been interested in the weird dwarf planet for a while.

The US space agency studied it with its Dawn spacecraft and found it was rich in water ice and had a rocky core.

Scientists have previously proposed that Ceres formed in the asteroid belt.

The new research paper has been published on the preprint database arXiv.

It focuses on how chaotic our solar system once was in its earlier formation before it settled into what we know today.