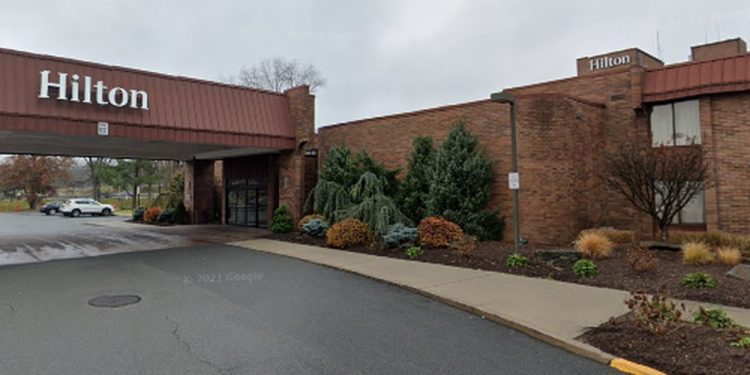 While all three people have recovered, people older than 50 or who have weakened immune systems or other chronic health conditions are at greatest risk, the state Department of Health said in a statement.

“The hotel management is taking action to disinfect the building’s water system; however, the risk of developing Legionnaires’ disease among recent, current, and future guests is ongoing,” according to the DOH advisory. “Guests who have one of the above risk factors are encouraged to find alternative accommodations or to take precautions while visiting the hotel to avoid exposure to water by not showering, limiting use of sinks, and not using tap water for respiratory equipment.”

The sickened guests stayed at the hotel between July and October. They ranged in age from 52 to 77.

A corporate spokesman for the hotel chain didn’t immediately respond to a request for comment.

Legionnaires’ disease is a type of pneumonia caused by breathing in Legionella bacteria. Symptoms include fever, cough, shortness of breath, muscle aches and headaches. Since the symptoms are similar to COVID-19, people are advised seek medical care for proper treatment.

If symptoms don’t develop within two weeks of staying at the hotel, former guests are no longer at risk, state health officials said.

While it’s treatable with antibiotics, Legionnaires’ disease can lead to serious illness or death.

Our journalism needs your support. Please subscribe today to NJ.com.

Jeff Goldman may be reached at jeff_goldman@njadvancemedia.com.