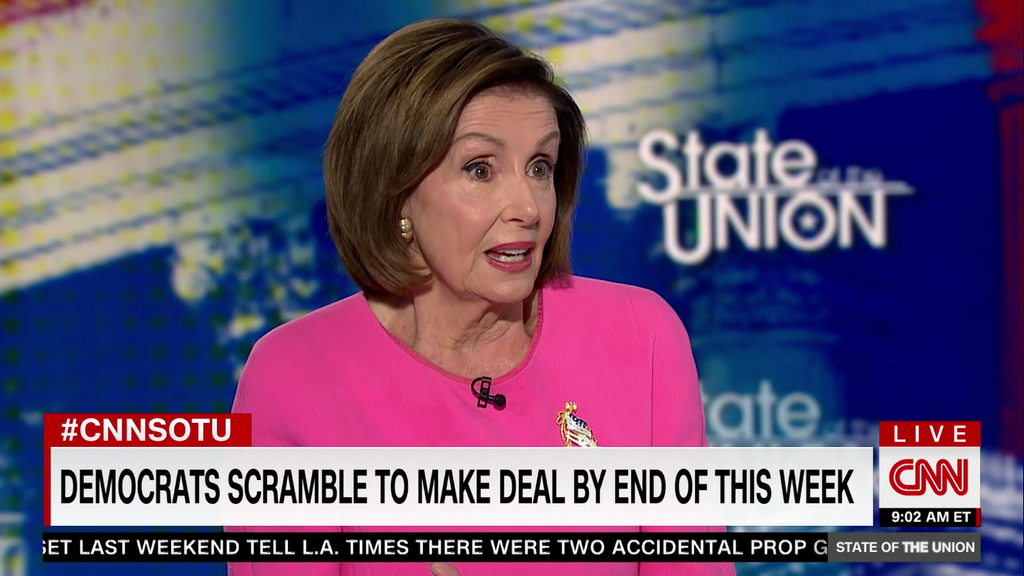 Speaker Nancy Pelosi briefly forgot Donald Trump’s name and referred to him as “what’s-his-name” during an interview.

Speaking to CNN’s Jake Tapper on Sunday, the speaker of the house and Democrat leader said: “Now mind you, just to remind, when what’s-his-name was president and the Republicans were in power…”

The host of the show was asking Ms Pelosi about the John Lewis Voting Right Act which would allow automatic and same-day voter registration and no-excuse mail voting and the use of the filibuster – a parliamentary practice which, in theory, allows for unlimited debate on legislation – to delay it.

“So, that is President [Joe] Biden saying that he is willing to entertain the notion of getting rid of the filibuster for Voting Rights Act and maybe for other things as well. Do you agree with him on that one issue that, at the end of the day, having some sort of voting rights bill is more important than preserving the filibuster, at least for that one vote?” he asked.

Ms Pelosi responded by saying that voting rights were “fundamental to our democracy”.

“So, if there were one vote that the filibuster could enable to go forward, that would be the vote, and enable so much more, because we’re talking about stopping the suppression of the vote and the nullification of the elections,” Ms Pelosi said.

She then went on to discuss the previous Trump administration’s stance on the filibuster when she struggled to remember Mr Trump’s name.

“Mitch McConnell pulled back the filibuster to enable, with simple majorities, three justices to go to the Supreme Court for life. You would think that they could pull it back for the American people to have the vote,” Ms Pelosi said.

This is not the first time Ms Pelosi had trouble remembering the former president’s name. In 2018, she confused Mr Trump’s name with former president George W Bush, when she demanded the removal of representative Devin Nunes from his position as  Intelligence Committee chairman over the Russia probe that was linked to the Trump presidential election campaign.

Earlier last month, Mr Biden appeared to forget the Australian prime minister Scott Morrison’s name while announcing a new security partnership with the country. “I what to thank… uh… that fella down under,” the president said.