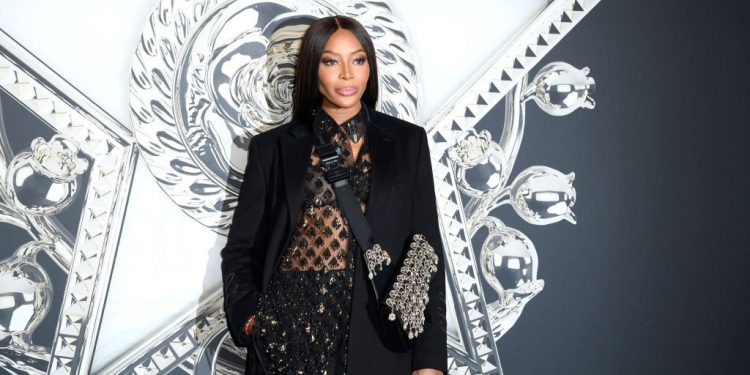 
Naomi Campbell seemingly just shaded Kim Kardashian in the most subtle of ways, but sharp-eyed fans still managed to catch it – or so they think.

Kardashian has been accused by some critics in the past of ‘blackfishing’, and some fashion fans think Naomi may have subtly made her thoughts on the matter clear.

Here’s what we know.

Not only has Kim expanded her shapewear line Skims, the star has also just landed the cover of Vogue magazine for its March issue.

However, Kim’s cover has sparked controversy as some online critics have accused her of cultural appropriation and ‘blackfishing’, as reported by the Independent. Others compared the Vogue shoot to photographs of Beyoncé, Nina Simone and Naomi Campbell.

As reported by the Daily Mail, eagle-eyed fans quickly spotted model Naomi Campbell had liked the comparison photo, in their eyes shading Kardashian.

Washington Post columnist Karen Attiah weighed in on the controversy in the comments of Diet Prada’s post. She wrote: “In the middle of Black History Month, they drop this on us. So *tired* of being told a Kardashian is ‘redefining beauty’ when black women have been setting beauty and style trends for decades.”

Campbell, Vogue and Kardashian have yet to directly comment about the situation.

Kim K called out for ‘channeling’ 90s model before

Diet Prada has history with this as the fashion blog accused Kim K of “channeling Naomi Campbell’s looks” in 2019. As in the latest rumpus, Diet Prada posted comparison photographs.

However, at the time Kim told People there was no bad blood between them and she and Campbell had laughed about the reality star ‘copying’ the model’s looks.

Kardashian explained in April 2019: “I’ve always been so open that (Naomi) is the ultimate fashion and glam muse. She’s got the best runway looks.

“(Naomi) and I have talked about it and laughed that it has become such a big deal, because I’ve always been so up front with her privately about how she is my forever fashion and glam muse.

“She is literally one of the most beautiful, iconic people who inspires me fashion and beauty-wise.”

In other news, Here’s why The Kardashians decided to move to Hulu