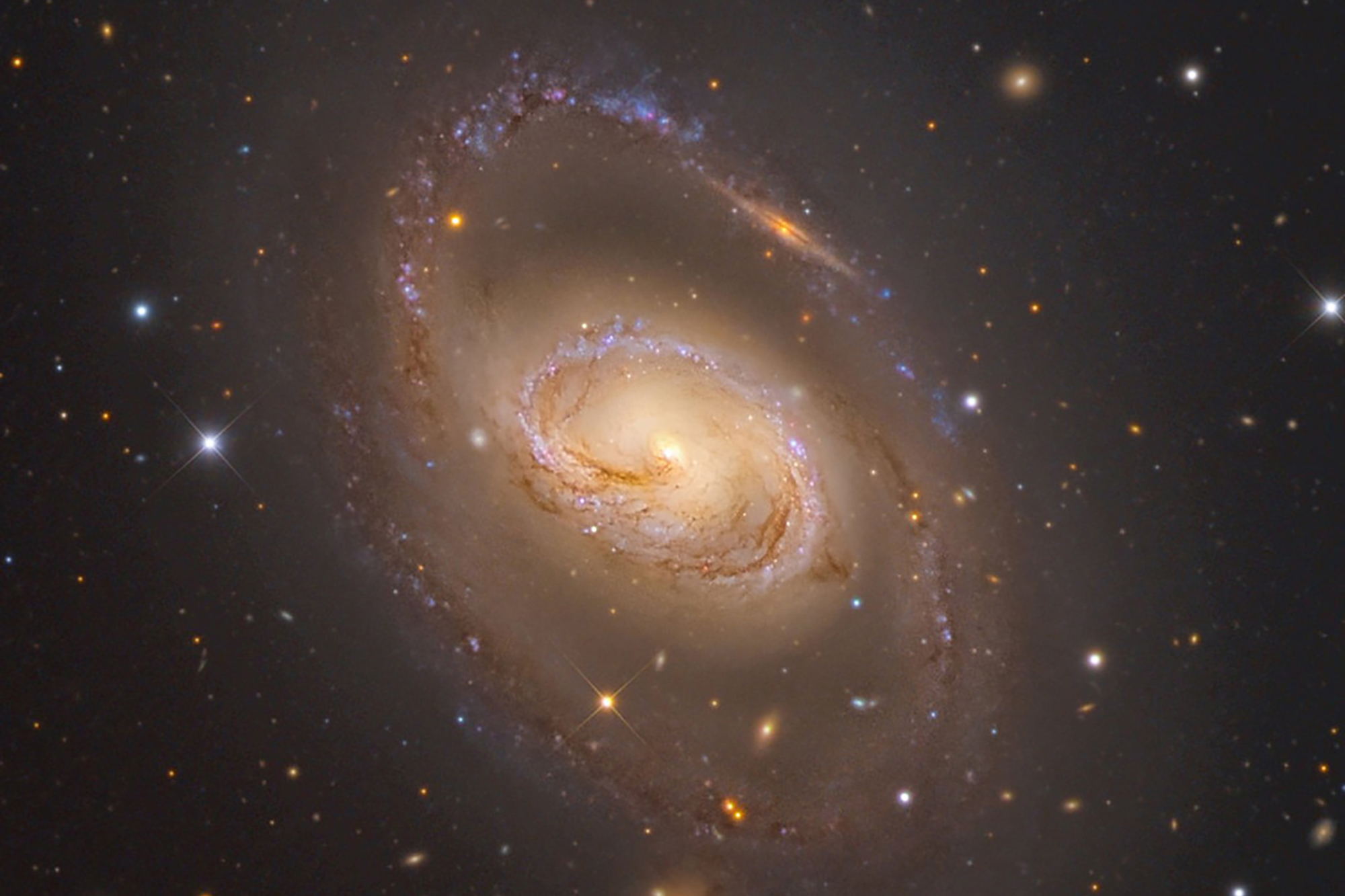 A spiral galaxy over 30 million lightyears away can be seen from Earth under the right conditions.

Messier 96, first discovered in 1781, is best observed during the springtime.

Messier 96 is part of a galaxy collective known as the M96 Group.

The group is within the constellation Leo, the namesake of the Zodiac sign.

Of this group, Messier 96 is the closest to Earth.

The spiraling arms of Messier 96 are affected by the gravitational pull of nearby galaxies – it was among the first spirals ever observed and cataloged.

The image of Messier 96 was selected as Nasa’s “Astronomy Picture of the Day” for April 14th.

An expert at Through Light and Time wrote “the average galaxy requires around 25 hours of total exposure time for a well-detailed image.”

Prints of the distant galaxy are being auctioned off by Hanson Astronomy.

Messier 96 is similar in size to the Milky Way – they’re both about 100,000 lightyears across.

The galaxy is asymmetrical with large deposits of dust erring to the left side.

Note that Earth-bound observations are actually renderings of events that took place long in the past.

The galaxy, star, or cosmic explosion’s light has to travel across space before it reaches the camera’s iris – this phenomenon is observable with closer objects as well.

It takes about eight minutes for light from the Sun to reach Earth.

And Andromeda, the nearest neighboring galaxy, can be seen with “amateur” equipment but it will appear as hazy.