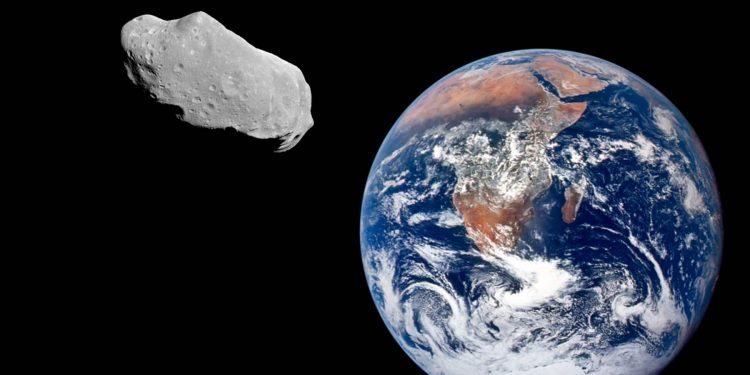 An asteroid the size that could be taller than the Empire State Building in New York is approaching Earth at more than 18,000 miles per hour and will arrive at its closest to Earth this weekend.

The asteroid, dubbed 388945 (2008 TZ3) is the largest of five asteroids to approach Earth between Friday and Monday, according to NASA’s Jet Propulsion Lab (JPL). NASA’s Center for Near Earth Object Studies (CNEOS) estimates the asteroid is between 220 and 490 meters long. For reference, the Empire State Building is about 443 meters (1,453 feet) tall.

Luckily, the asteroid is expected to miss Earth by about 3.6 million miles when it passes at around 5:18 p.m. EST on Sunday.

According to JPL, NASA considers any object measuring larger than 150 meters that passes within 4.6 million miles (7.5 million kilometers or 19.5 times the distance to the moon) “a potentially hazardous object.”

Asteroid 2008 TZ3 could have a devastating effect if it ever did impact the earth. The Independent reported the meteor that likely caused the 1908 Tunguska event — an approximately 12 megaton (12 million tons of TNT) blast that flattened forested area’s around Russia’s Tunguska river — measured between 100 and 200 meters wide, less than half the size of 2008 TZ3. The atomic bomb the U.S. dropped on Nagasaki was the equivalent a 16 kiloton blast (16,000 tons of TNT).

Researchers calculate that asteroids measuring 100 meters in diameter impacting the Earth can cause about 10 megatons worth of destruction.

Researchers believe the asteroid that likely wiped out the dinosaurs was between about 10 and 15 kilometers wide, which is as much as 30 times larger than 2008 TZ3.

Sunday is not the first time asteroid 2008 TZ3 will have passed close to Earth. Asteroid 2008 TZ3 was first spotted by Mt. Lemmon Survey near Tuscon, Arizona in 2008 and passes by Earth once every 732 days (almost exactly two years) as it orbits the sun, according to The Telegraph.

High Cholesterol Symptoms: Do not ignore these discomfort signs in legs, may be high cholesterol warnings – Times of India

High Cholesterol Symptoms: Do not ignore these discomfort signs in legs, may be high cholesterol warnings - Times of India