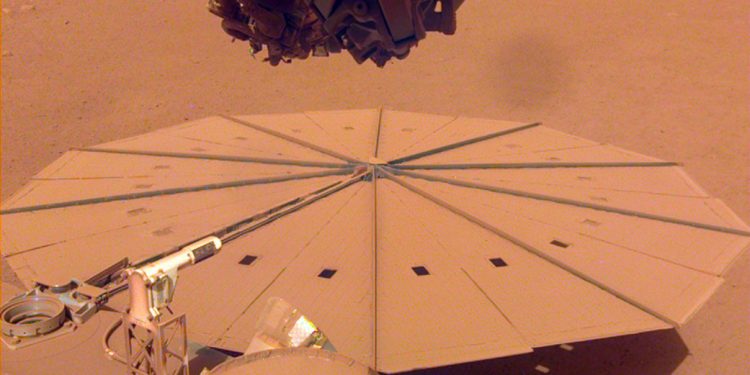 NASA’s Mars InSight lander will soon no longer be able to send back data and images scientists can analyze to better understand the red planet. It’s been gradually losing power for a while now as dust continues to accumulate on its solar panels. The darker skies expected in the next few months — also due to having more dust in the air — won’t be doing it any favors, as well. InSight’s solar panels used to be able to generate around 5,000 watt-hours of energy each Martian day, which is enough to power an electric oven for an hour and 40 minutes. These days, they can only produce roughly 500 watt-hours of energy per Martian day, enough to power an electric oven for 10 minutes at most.

The space agency believes the lander will no longer be able to sustain its seismometer by the end of summer, putting an end to its science activities. InSight’s non-seismic instruments will be switched on every once in a while after May, but NASA expects it to be become completely unresponsive around December. The only way to prevent those events is for the lander to encounter a strong dust-cleaning phenomenon, such as a dust devil. Removing even 25 percent of the dust off its solar panels will allow the spacecraft to continue its science activities.

The InSight lander arrived on Mars in November 2018 and has spent the past few years gathering information on marsquakes to help us measure the depth and composition of the planet’s crust, mantle and core. It has a robotic arm that was used to deploy its seismometer and heat probe, which was also once used to clean some dust off its solar panel. InSight’s ground team will put the arm into its “retirement pose” for the last time later this month.

“InSight has transformed our understanding of the interiors of rocky planets and set the stage for future missions. We can apply what we’ve learned about Mars’ inner structure to Earth, the Moon, Venus, and even rocky planets in other solar systems.”