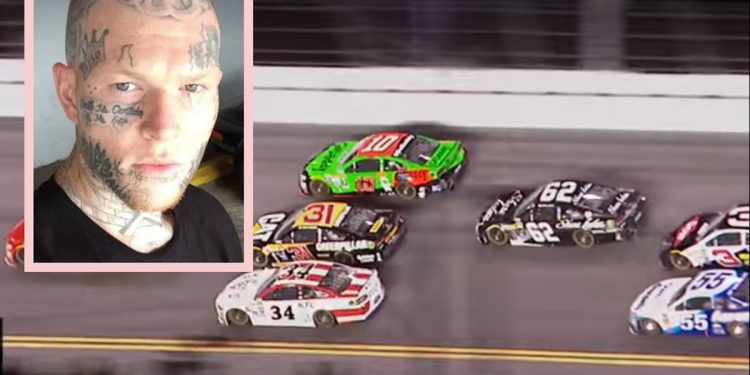 Race car driver Bobby East has died after being fatally stabbed in California this week. The 37-year-old three-time national champion was filling up his tank at a 76 gas station in Westminster on Wednesday when he was confronted by a man who stabbed him in the chest several times. According to a press release from the Westminster Police Department, law enforcement received a call at around 5:51 p.m. When police arrived at the scene, they quickly tried to perform life-saving measures after finding the racer on the ground “suffering from a serious stab wound to the chest area.” He was rushed to a local trauma center but sadly succumbed to his injuries.

No motive for the attack has been revealed at this time, but TMZ reports that the two got into an argument moments before for an unknown reason. While the press release did not identify East as the victim, the US Auto Club reported Friday that he had died, and several outlets confirmed the news. The USAC wrote in a statement:

“Bobby East, one of the most prolific drivers of his era and a three-time USAC National Champion driver in USAC Silver Crown and Midgets, passed away on the night of July 13, 2022, in southern California. Born in Torrance, California but making his home throughout his racing career in Brownsburg, Indiana, East captured 56 career SAC-sanctioned feature victories, 48 of them in national divisions.”

The man suspected of killing the NASCAR star is 27-year-old Trent William Millsap (top, left inset), who already had an outstanding parole warrant. Law enforcement sources told TMZ that a SWAT team with a search warrant entered an Anaheim-area apartment after learning he may have been hiding at an Anaheim-area apartment out there on Friday. He was shot and killed when authorities attempted to arrest him. The Orange County DA is now investigating the incident. His sister has since taken to Facebook to express her heartbreak over his death, writing:

“It’s with a heavy heart I make this post, my Brother passed away last night, it hasn’t hit me yet that he is gone. Please send your thoughts as we prepare for this hard journey. I love you so much Bro.”

We will be keeping his friends and family in our thoughts during this difficult time. Rest in peace, Bobby.