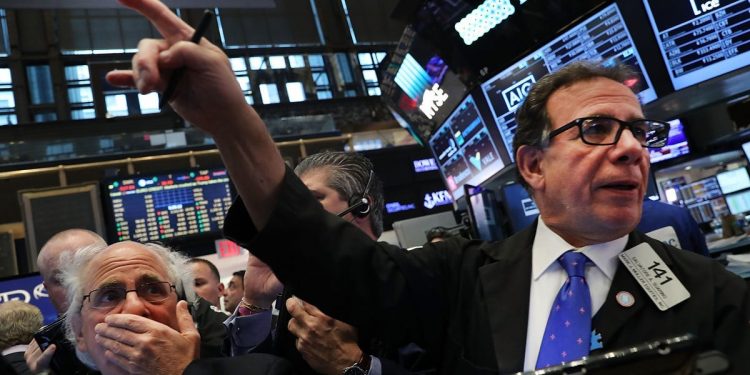 
US stocks tumbled Tuesday, led by the Nasdaq’s 2.3% dive, as a top

official gave hawkish comments on the speed of its tightening cycle.

Fed Governor Lael Brainard said the central bank “will continue tightening monetary policy methodically through a series of interest rate increases and by starting to reduce the balance sheet at a rapid pace as soon as our May meeting.”

After the remarks, the 10-year yield shot up 14 basis points to more than 2.55%, hitting the highest level since May 2019. Brainard’s comments also come ahead of Wednesday’s release of minutes from the Fed’s last policy meeting, when benchmark rates went up for the first time in nearly four years.

Here’s where US indexes stood as the market closed 4:00 p.m. on Tuesday:

Late Monday, the US blocked JPMorgan from processing Russia’s latest dollar bond payment, raising the odds Moscow will not be able to meet its debt obligations. The five-year default risk jumped from 77.7% on Monday to 87.7% on Tuesday.

Meanwhile, Russian state-owned companies are inching closer to debt defaults, as the country’s second-largest bank made bond payments in rubles instead of dollars.

Starbucks CEO Howard Schultz announced that the coffee chain is getting into the NFT business this year by drawing on its “treasure trove” of collectibles.

Michael Saylor’s MicroStrategy snapped up another $190 million of bitcoin, bringing the firm’s total to $6 billion worth of the token.

The Treasury Department announced that Secretary Janet Yellen will deliver a speech Thursday on cryptocurrencies, which will include a call for a “comprehensive policy framework.”