Nate Diaz requests UFC release, Dana White, Conor McGregor trilogy, when is his next fight, how many fights left on contract 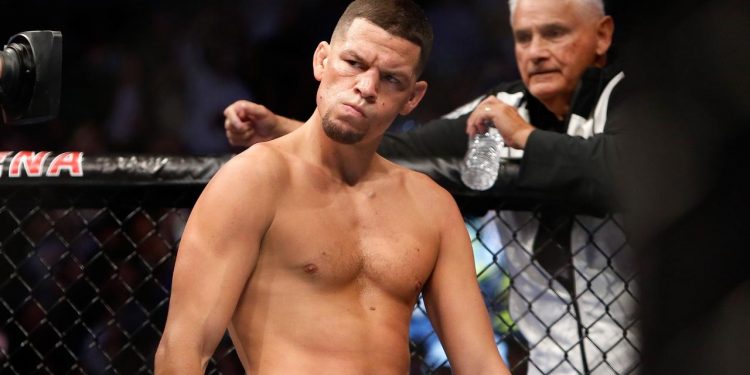 
UFC cult hero Nate Diaz took to his Twitter account to publicly request a release from the company, insisting that he has “s*** to do.”

It was the 36-year-old’s first fight in almost two years after he lost the BMF championship to Jorge Masvidal in November 2019.

In his tweet, Diaz tagged the accounts of the UFC and UFC president Dana White as well as a tag directed at Hunter Campbell, the UFC’s chief business officer, but accidentally tagged the wrong person.

“I would like to request to be released from the (UFC),” Diaz wrote.

“I apologize for asking online but you don’t give me a fight asap I got s*** to do.”

Hunter, a random Twitter user that was not the person Diaz intended to tag, responded in jovial fashion: “I am unfamiliar with your plight but you gotta do what you gotta do! Good luck.”

It was only three days ago that Diaz wrote that he had “been tryin to fight for 7 months.”

Diaz, who is 1-4 in his last five bouts, has one fight left on his UFC contract and in recent times has aired his frustrations on social media about not having any opponents lined up.

ESPN reports that there have been discussions between the UFC and Diaz to extend his contract but the two are yet to come to an agreement.

If Diaz does ink a new deal with the promotion, it could lead to a mouth-watering trilogy fight against UFC superstar Conor McGregor.

The two fought for the first time in March 2016 when Diaz replaced former lightweight champion Rafael dos Anjos on 11 days notice and submitted McGregor via rear-naked choke in the second round.

A rematch was booked five months later in which McGregor won via majority decision, much to the frustration of Diaz and his team.

You’ve Got to Rethink Product-Market Fit to Stand Out

You've Got to Rethink Product-Market Fit to Stand Out