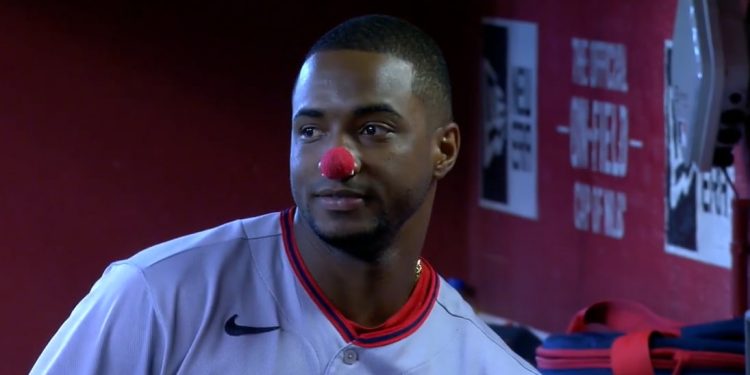 A clown showed up to the Juan Soto circus Sunday in Phoenix, where Victor Robles sported a red foam nose in the dugout before the Nationals’ 4-3 win over the Diamondbacks. By the end of the day, Soto was still a National and LeBron James had weighed in on the ridiculous scene.

“Something I would do for sure!” James wrote after sharing a photo of Robles wearing the clown nose on his Instagram story.

“King James said it, say no more,” Robles said after sharing the four-time NBA champion’s story on his own Instagram.

Bumgarner, a noted defender of baseball’s unwritten rules, didn’t take too kindly to Robles enjoying his third home run of the season, which raised the struggling outfielder’s on-base-plus-slugging percentage to .623.

“When he’s pitching well, he’s able to celebrate and do what he likes to do,” Robles said in Spanish through a team interpreter after Saturday’s game. “It seems like he calls everybody a clown that actually has a big hit or home run against him. If he doesn’t want anyone hitting a home run against him or having any issues with that, then just strike people out or make better pitches to where he doesn’t have to worry about that.”

While Bumgarner doesn’t call everyone a clown, the four-time all-star and 2014 World Series MVP with the San Francisco Giants does have a history of taking offense at batters who get the best of him.

In 2015, Bumgarner shouted at Milwaukee Brewers outfielder Carlos Gomez for having the nerve to scream at himself for fouling off a pitch he thought he should’ve barreled. In 2019, Bumgarner’s long-simmering beef with Yasiel Puig boiled over again after the former Los Angeles Dodgers and Cincinnati Reds outfielder punctuated a home run off him with a bat flip.

“He’s a quick study,” Bumgarner quipped after the game. “It only took him seven years to learn how to hit that pitch.”

Later in 2019, Bumgarner yelled at Max Muncy to run to first base after the Dodgers infielder admired a home run that landed in Oracle Park’s McCovey Cove.

“I hit the ball and then he yelled at me,” Muncy said afterward. “He said, ‘Don’t watch the ball. You run.’ And I just responded back, ‘If you don’t want me to watch the ball, you can go get it out of the ocean.’”

Robles’s clown nose may not inspire a T-shirt — he’s hitting .236/.300/.321 for the worst team in baseball, after all — but it was good for some laughs as Soto trade rumors continue to swirl, and may have surpassed Lucius Fox vomiting on the infield grass back in April as the most memorable moment of a dismal season.

Robles would remove the prop, which he appeared to affix to his nose with some sort of tape, before taking the field and making an ill-advised throw in the bottom of the first inning.

“There is Victor Robles, who Madison Bumgarner called a clown after last night’s ballgame for celebrating an otherwise meaningless home run late in the game in what turned out to be a 7-2 Nationals loss,” Diamondbacks TV play-by-play man Steve Berthiaume said. “So here’s Robles having some fun.”

“Is what I’m hearing true?” MASN play-by-play man Bob Carpenter said. “Is Victor Robles wearing a clown nose in the dugout? Oh my gosh, that is awesome.” 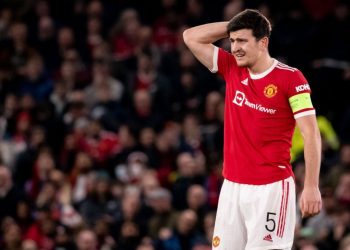 The summer transfer window is...