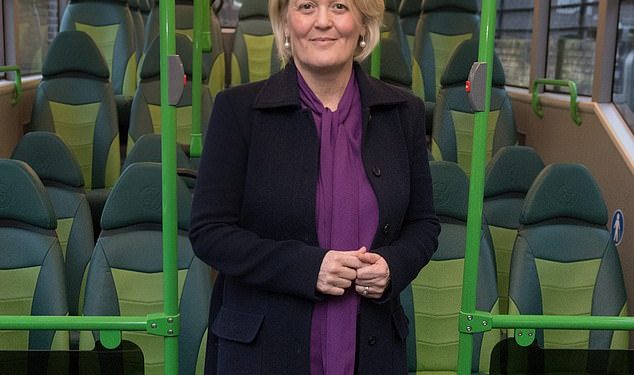 
When Alison Rose took over as the first female chief executive of NatWest two years ago, helping the environment was central to her plan.

Rather than woke gimmicks, however, she has set about making the bank’s operations more climate-friendly and providing products that incentivise customers to go greener.

It is, she argues, not do-goodery, but sound business sense. A report last year found Britain’s 6million small and medium firms could achieve 50 per cent of the country’s climate change goals – and the move to a greener economy could generate £160billion of revenues and create 130,000 jobs. 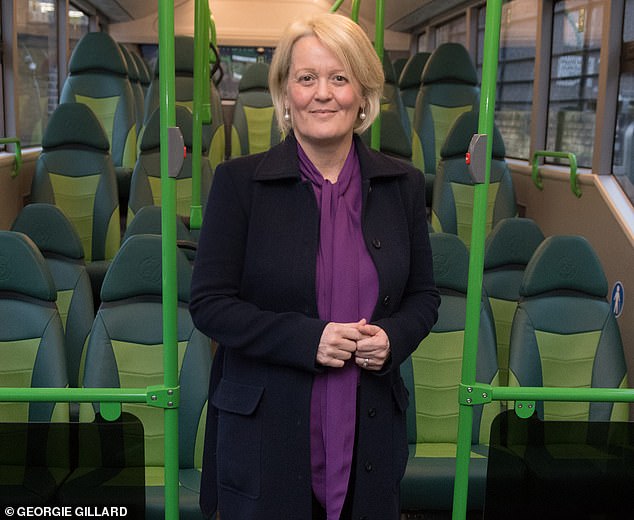 Clean-up campaign: Alison Rose has led a transformation at the bank during her two-year tenure

‘If you are a business owner, you are trying to recover from the pandemic, you have to deal with input prices going up, with supply chains, with inflation, and you are really worried about the climate as well,’ she says.

‘But it is a massive opportunity and if we can help firms take advantage we will try to do that.’

Along with climate change another huge issue is fraud, which has become a menace on a terrifying scale.

Cunning criminals are trying to steal millions of pounds from customers every day, through a variety of ruses.

Rose spends as much on trying to combat fraudsters every year as she does on her 800-strong branch network, and the bank has prevented around £1bn of fraud in the past two years.

‘It is minimised by calling it a scam. It is not – it is theft. It is like someone breaking into your house and stealing something from you,’ she says.

The bank has invested nearly £700million in five years on combating fraud and plans on spending another £1billion in the coming five years.

‘It is the tip of the iceberg,’ warns Rose. ‘Another terrible thing is people are really ashamed they were taken in. They feel stupid, but they are not.’

She adds: ‘The criminals are really clever, they socially engineer people and prey on the vulnerable. There should be no stigma.’

The extent to which fraud is blighting people’s lives was underlined this week in a row where Business Secretary Kwasi Kwarteng was accused of disrespecting victims.

To widespread fury, he defended a claim by Boris Johnson that crime was falling by 14 per cent, which is only true if fraud is left out of the figures.

For Rose, the issue is far more important than a political squabble: it is causing trauma to customers and costing the bank huge sums that could be far more productively used.

‘We have 5,000 people working on financial crime which is one in ten of our staff,’ Rose says.

‘One in three customers has been subject to a fraud at some stage. It is endemic.’

The banks have been criticised for blaming victims and leaving them to shoulder sometimes life-changing losses.

But there is also a growing campaign to force telecoms and social media companies – through which many of the frauds are conducted – to bear some responsibility. Some 60 per cent of financial fraud takes place outside bank platforms and systems. ‘They need to shoulder some of the liability,’ she says.

Rose, 52, combines her job with family life as a mum of two. There was no honeymoon period: immediately after she took over in November 2019, she was plunged into dealing with the pandemic. 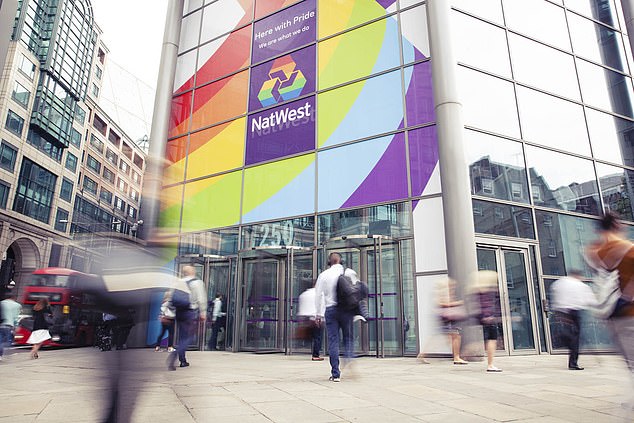 Fraud fight: Natwest has invested nearly £700m in five years on combating fraud and plans on spending another £1bn in the coming five years

She set about distributing £14billion of emergency Covid loans to customers. Despite concerns over fraudulent applications, she says the vast majority are being paid on time.

She is also a champion of women entrepreneurs as part of a drive to be more inclusive and diverse, and is worried they suffered disproportionately in the lockdowns.

‘Our research showed that, because caring responsibilities fall mainly on women, around 75-80 per cent of female entrepreneurs found it more stressful running their business than men did in the pandemic.

‘The pandemic has been really hard on women.’ Even she has been affected. ‘I got to have dinner with my children every night which was brilliant.’

But, she adds, laughing, it reached a point where ‘if one more person had said “What’s for dinner mum…”’ before tailing off with a smile.

Post-pandemic, NatWest will adopt hybrid working, with many staff in the office part time.

Rose frequently visits her business customers and her next stop after our meeting is energy storage developer Zenobe, a firm that builds and operates battery systems for electric vehicles.

I plan to pay back taxpayers

Alison Rose told the Daily Mail she is determined during her tenure as chief executive to repay the taxpayer in full for the support given to RBS in the financial crisis.

‘That’s my plan,’ she said. ‘My job is to build a bank that is valuable to the economy, my customers and my colleagues. Part of that is demonstrating we will pay back the Government.’

A total of £45.5billion of public money was injected into RBS between October 2008 and December 2009 to save it from going under after Fred Goodwin’s disastrous reign. That handed the taxpayer an 84 per cent stake.

When Rose took over in late 2019, the Treasury still held a 64 per cent stake, which has since been reduced to 52 per cent.

‘The Government has man-aged to sell it down and there is more to come,’ she said. ‘We are now paying dividends to the Government and other shareholders.

‘I really want to get to the point where I pay the Government back and I get to a normal shareholding structure.’

The process of selling back shares to the private sector began in 2015.

‘I am one person in a line of people who have done a lot of work,’ Rose said.

It is the Government, not Rose, that decides how many shares to sell and the timing. Its benchmark is to achieve ‘fair value’ for taxpayers.

‘If you look at our share price compared with where the Government has sold in the past, it is in that zone,’ she said.

NatWest has just lent £240million to the London-based company, which hopes to electrify or help run 3,000 buses by 2025.

‘I set a target of £20billion of sustainable finance in three years and I did it in 18 months,’ says Rose.

The transition to a greener economy is not straightforward, however. Through its RBS heritage, the bank has played a major role in oil and gas hubs such as Aberdeen, as well as being a big lender in the agricultural sector.

She accepts that new green energy technologies are not ready to meet our needs in full so we will be reliant to some degree on traditional sources for some time.

‘Communities like Aberdeen are really important. We have to be responsible lenders and make sure we manage the transition sensibly,’ says Rose.

‘We are a big lender to agriculture. It represents 19 per cent of emissions. We are not going to stop lending to farmers, so we work with them on the transition.’

As for the cost of living crisis, she says it is ‘absolutely a worry for everyone’. The pandemic also exposed how financially vulnerable many customers were, with very little in the way of a savings buffer. Rose says the bank has ‘helped more than a million customers save for the first time’.

One big setback was the £264million fine for anti-money laundering failures late last year, involving the deposit of bin bags full of cash.

But two years in to her tenure, NatWest is a much stronger bank than the shattered Royal Bank of Scotland that emerged from the credit crisis. Rose renamed the group NatWest in 2020, though she has kept the RBS brand.

In a potent symbol of the changes, disgraced former boss Fred Goodwin’s grandiose headquarters just outside Edinburgh were turned into a food bank.

Shares have risen by 47 per cent in the past 12 months and the City is expecting Rose to announce headline profits for 2021 of around £4billion next week, compared with a loss of £351million in 2020.

Much of the improvement is due to the fact the bank has been able to release large sums it had earmarked to cover predicted losses on Covid lending. In the event, these estimates turned out to have been too pessimistic.

There will be some who will never forgive the banks, and RBS in particular, for the appalling behaviour in the run up to the financial crisis or for their terrible treatment of small firms.

But most of the clean-up work is now done. If Rose has her way, the bank will reinvent itself and the toxic Goodwin era will finally be consigned to memory.