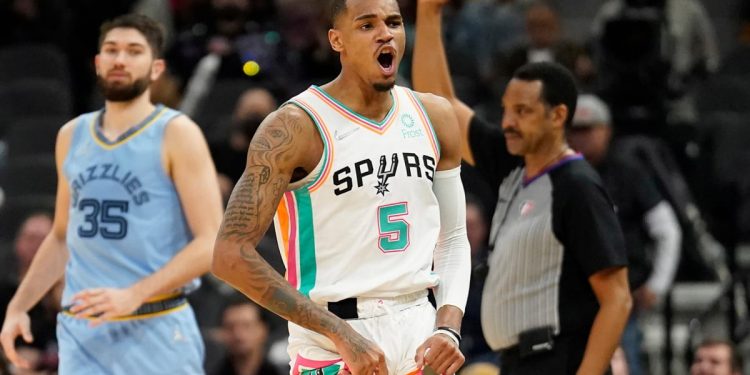 The NBA announced the reserves in each conference for the All-Star game, which will be held in Cleveland on February 20.

The Crossover staff discusses the biggest snubs and surprises.

Who is the biggest surprise among East reserves?

Howard Beck: It has to be Khris Middleton, who is certainly worthy but didn’t have as strong a case as his teammate Jrue Holiday.

Chris Mannix: Fred VanVleet! You don’t need me to recap VanVleet’s journey to get to this point—Howard Beck expertly did that earlier this week—but VanVleet’s ascension into the upper levels of NBA guards has been remarkable, as has the surprisingly competitive play of the Raptors.

Michael Pina: Khris Middleton is having a typical Khris Middleton season, but the Bucks aren’t the best team in the conference and he isn’t the second most important player on his team. In the weeks leading up to Thursday night’s announcement, Middleton was a fringe candidate to actually make the team.

Rohan Nadkarni: There is not a huge surprise for me in the East, though I will say I am happy Darius Garland was selected. I love when players get to play in the game in their hometown, and the Cavs definitely deserved at least one representative from their team for the season they’ve been having. You could maybe make a case Jimmy Butler is a mild surprise—but only because he’s missed some time. He’s definitely been an All-Star in his time on the floor. Otherwise, it’s hard to find too much fault with the selections.

Robin Lundberg: Honestly, it is probably Khris Middleton, who just hasn’t been as sharp this year. It feels like he earned the spot with what he did in the Bucks championship campaign more than anything.

Who is the biggest surprise among West reserves?

Nadkarni: Well, the West reserves are stacked with good names, and that all has to do with Andrew Wiggins being a starter. There are no surprises here considering how the starting vote shook out. This is my most diplomatic way of saying that it would have been impossible for there to be a surprise among the West reserves because, frankly, Wiggins’s inclusion prevented that.

Robin Lundberg: I’m not surprised by anyone in the West so I’ll go with Draymond Green (who will not be playing) simply because I wasn’t sure he would ever make another one of these again. Credit to him for reminding everyone why he belongs in any conversation of the best defenders to ever take the court.

Beck: No surprises here, and no one who was even remotely controversial.

Pina: Even with Kawhi Leoanrd, Paul George, and Anthony Davis out of the conversation thanks to varying injuries, there weren’t any surprises! All seven players are more than deserving, if not obvious, multiple-time selections.

Mannix: Can I still say Andrew Wiggins as a starter?

Who is the biggest All-Star snub in the East?

Pina: Jrue Holiday has been the second-best player on the Bucks this season. He’s (still) the gold standard on defense at his position, and a terrific playmaker who’s shot the ball well all year. If there was going to be a second selection from the defending champs, it should’ve been Holiday instead of Middleton.

Beck: I don’t believe in snubs. There’s only 12 spots, and someone worthy always gets left out. That’s why it’s considered an honor. That said, I would have gone with Jarrett Allen over Middleton. (I might—might – have also gone with LaMelo Ball over Garland, but partly for entertainment purposes.)

Mannix: LaMelo Ball. The votes were in before Ball dropped a career-best 38 on Boston on Wednesday, but even before that performance, Ball, the driving force behind Charlotte’s playoff push, was worthy. Here’s hoping Adam Silver picks the flashy Ball to take Kevin Durant’s spot.

Moss: It’s a toss up between both LaMelo Ball and Jaylen Brown. Both played great basketball in the first half of the season. Ball is averaging less points than Brown, but has more rebounds and assists. Either of them over Khris Middleton makes more sense to me.

Robin Lundberg: LaMelo Ball. There are others who have a case but between the Hornets not being represented despite a solid season and the fact that his game is tailored for the All-Star exhibition, LaMelo was snubbed more than anyone.

Nadkarni: Jarrett Allen is my biggest East snub. He’s the best defender on the third-best defense in the entire league, and he’s also shooting a whopping 67.8% from the field while averaging a double double. Cleveland, which has the best net rating in the East, was easily deserving of two All-Stars. And I would have been willing to sacrifice Khris Middleton’s selection for Allen. With Kevin Durant’s status in doubt, Allen should still have a great chance to make the team.

Who is the biggest All-Star snub in the West?

Beck: I don’t believe in snubs. There’s only 12 spots, and someone worthy always gets left out. That’s why it’s considered an honor. (Is there an echo in here?) Certainly, some others had a case—Dejounte Murray, Anthony Edwards, Shai Gilgeous-Alexander—but it’s no crime that any were left off, especially given their teams’ records.

Mannix: Dejounte Murray leads the Spurs in like 47 categories. With Draymond bowing out, Silver should plug Murray in.

Pina: Dejounte Murray is a triple-double machine (only Nikola Jokić has more) who has a positive impact on all facets of the game while dictating San Antonios’s tempo and overseeing an offense that falls apart when he’s on the bench. He also leads the NBA in steals and ranks fourth in assists.

Moss: Dejounte Murray. He’s averaging 20 PPG. On top of that, he’s second among guards in the league in RPG and fourth in APG. He also has 10 triple-doubles this season. SNUBBED.

Nadkarni: Dejounte Murray is easily the biggest snub in the West. And this is all because of Wiggins starting. Draymond Green or Rudy Gobert should have been a starter, and Murray should have Wiggins’s spot. Murray’s rounded averages are 20/9/9, with two steals a night to boot. And he does this with way more attention from opposing defenses than Wiggins. I’m not trying to tear down anyone—Wiggins has had a really good season and his improvement should be applauded. But if we are splitting hairs among the best of the best, then Murray has a better case to be headed to Cleveland.

Robin Lundberg: I don’t think there are any snubs, especially since I’d bet Dejounte Murray will be Green’s injury replacement. Murray is the most deserving of those who did not make the initial roster.