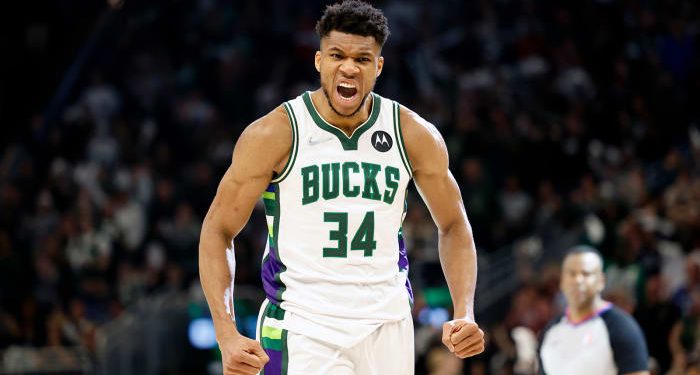 
From the Sixers and Mavs getting even, to Ja’s injury and a wild finish in Boston, our writers weigh in on each series after an eventful weekend in the NBA playoffs.

Chris Herring: A total 180 from what it was before. While we could technically say that about Suns-Mavs, too, Sixers-Heat feels different. Miami doesn’t have a clear-cut answer for how to guard Joel Embiid and is struggling from deep, which was its lifeblood at one time. The Heat badly need to throw in adjustments.

Robin Lundberg: A good case for Joel Embiid as MVP. We already know Jokić will win the award, and personally I would have voted for Giannis (who is proving to be the best player in the league). However, it is a pretty stark difference seeing the Sixers go from hapless to evening the series with Embiid playing injured.

Rohan Nadkarni: A new series. I still need to dig into the numbers, but it’s clear Joel Embiid has made life way easier for his teammates. While Jimmy Butler has been spectacular, Bam Adebayo and Tyler Herro have been inconsistent. And the more Embiid plays, the more likely he is to find his MVP-caliber form. But I think this series is going to come down to which role players hit their shots. The three-point shooting swings in this matchup have been particularly extreme.

Michael Pina: Masterpiece theater from Jimmy Butler. With Joel Embiid still awesome but not quite himself thanks to face and thumb injuries, Butler is the best player in this series—a tremendously encouraging sign for a Heat team that needs him to be who he was in the bubble. Through four games, Butler is averaging 27.5 points, 6.8 rebounds, 5.8 assists and 2.0 steals. When the Heat couldn’t buy a three in Game 4, Butler’s 40 points kept the contest competitive. He has only seven turnovers to go along with 23 assists and is playing off two feet as well as anyone in recent memory. Miami should advance if he keeps this up.

Michael Shapiro: Going seven games. The return of Joel Embiid has turned this series into an absolute barnburner, and this could become another second-round classic a la Sixers-Raptors in 2019. Miami is struggling to generate open triples with a hampered Kyle Lowry. The DeAndre Jordan experiment is mercifully over for Philadelphia. I’ll give a slight edge to the 76ers here as James Harden inches closer to his Houston-era self, but regardless, we should be in store for another heart-stopping series for the Philadelphia faithful.

Herring: Highly entertaining, and knotted up. But part of me still expects Phoenix to buckle down and get the job done. It was unprecedented to see Chris Paul turn it over seven times in a half and unprecedented to see him foul out with a whole quarter left. If he can straighten things out, and Phoenix can get its offense rolling, the Suns will be fine.

Lundberg: Getting close to being Luka Dončić’s signature moment. Luka has already had some big performances in the playoffs, but upsetting the Suns in the second round would hammer home his statistics. Ironically the best way for him to have his individual recognition will be by continuing to trust his teammates.

Nadkarni: A tale of two cities. Phoenix’s offense went cold in Dallas, as the Suns struggled with turnovers and fouls. The Mavs are going to get their threes up regardless. Chris Paul and Deandre Ayton both need to be better offensively after two ineffective games on the road. If Dallas’s defense has really figured them out, Suns can’t win this series. I do wonder whether Phoenix starts to concede Luka twos in exchange for staying a few steps closer to the Mavs’ shooters on the perimeter.

Pina: A math problem for Phoenix. Of course, the regular season’s best team can bounce back with two wins in its next three games. But it’ll be hard if the Suns keep allowing so many three-point attempts from a Mavericks offense that’s feasting behind the arc. Dallas has attempted 57 more threes than Phoenix and is making 40.5% of them (Luka Dončić is only 12-for-38, too). The three-point line can lead to some reductive analysis in a seven-game series, but Dallas can generate a quality look whenever it wants. And when they fall at a decent clip, the ripple effects extend to Phoenix’s own ability to create efficient offense.

Shapiro: An exercise in contrasts. The Suns sit near the top of the league in both efficiency and volume from inside the arc, yet they now sit tied 2–2 against Dallas after being blitzed from three by Luka Dončić & Co. The Mavericks were a +33 in three-point margin on Sunday. They’re at +60 across the entire series. Phoenix’s roster is designed to punish teams from the midrange and in the paint, and it’s hard to criticize a system that’s delivered a Finals run and subsequent 64-win season across the last two years. But as Chris Paul struggles to score, Dallas is finding an opening to steal the series.

Herring: A gauntlet. I just wrote a book about the 1990s Knicks, and even I’m a bit taken aback by how physical this series is, particularly with so many no-calls. Monday night’s Game 4 is the biggest game of the season so far, with Milwaukee having a chance to take command and Boston getting a chance to tie things up again.

Lundberg: Close! The margin for error in this series is razor thin, as seen by the difference in Game 3 being about a tenth of a second. Giannis continues to show he can’t be stopped even if his shooting has been slowed, but the Celtics are going to need the same to be said for Jayson Tatum if they want to win the series.

Nadkarni: Too much fun. What a thrilling series! Giannis has been out of this world considering he’s playing without Khris Middleton. The Celtics are probably on an emotional roller coaster after their near comeback in Game 3. I still think Boston is the better team. At the same time, Giannis is far and away the best player in this one. I really don’t know what to make of this one. Milwaukee seems to have a tougher time generating good looks. Giannis is capable of rendering that irrelevant.

Pina: Hard to parse. Giannis Antetokounmpo found a way to pierce Boston’s defense in Game 3, scoring 42 points on 30 shots, with deft touch, fancy footwork and the ability to turn his shoulder into a battering ram. But Milwaukee’s half-court offense continued to be atrocious—generating a measly .756 points per play—and the Celtics were well positioned to take a 2–1 lead, with a pair of good looks behind the three-point line that rimmed out. All things considered, Boston should still feel O.K. about the situation it finds itself in.

Shapiro: A throwback. Game 3 between Boston and Milwaukee featured the best of playoff basketball, with heart-stopping intensity paired with a physicality and toughness not seen in the regular season. Both of these teams sport elite defensive pieces, and neither offense is guaranteed to crack 100 points in a given night. This is the best series of Round 2 for my money given the talent and tenacity on display.

Herring: Probably over, assuming Morant is out for Game 4. Yes, Memphis has heart and was a stellar 20–5 without its star this season, in part because of how much better it plays defensively when Morant is off the floor. But playoff scoring is different, and there’s no doubting the fact that Morant’s 38.3 points per game would help against a loaded club like Golden State.

Lundberg: ​​Feisty. It seems like there is a controversy after every game in this series, with the latest of course being around the injury to Ja Morant. However, I don’t expect the talk to continue much longer as the Warriors will likely wrap this up sooner rather than later.

Nadkarni: Noisy. The Grizzlies’ public complaining about the Jordan Poole–Ja Morant play has been pretty embarrassing. I hope Morant is able to play. At the same time, perhaps no team is better equipped to play without its star than Memphis, which went 20–5 without Ja during the regular season. I mostly want to see the focus here get back to hoops. The Warriors also probably laid it on a little thick after the Dillon Brooks foul. Speaking of which, having Brooks back for Game 4 should help the Grizz. But I don’t see them scaring the Dubs unless Morant is able to go.

Pina: A test of attrition. This series has been marred by ejections, a suspension, injuries and accusations of malicious intent. Ja Morant is unlikely to participate in Game 4 after Jordan Poole’s hand made contact with his knee. Gary Payton II is out for weeks with a fractured elbow after Dillon Brooks slapped him in the head, midair, on a fast break. Without Morant, the Grizzlies will need Tyus Jones, a hampered Desmond Bane, Brooks and Jaren Jackson Jr. to carry their offense for at least one game. (On the other end, the Warriors will likely have a harder time scoring than they did in the first three games.) This series feels over, but don’t count Memphis out just yet.

Shapiro: Losing plot. What should be a fun contrast of returning dynasty vs. feisty upstart has devolved into a mess of dirty fouls, unfortunate injuries and press-conference complaining, with Steve Kerr and Taylor Jenkins more than happy to continue exchanging gripes. Let’s hope to see Morant back on the floor for Game 5, and perhaps Gary Payton II can return before the end of the postseason.

Christina Haack: My Ex-Husband is Trying to Steal Our Kid! But My New Husband is Awesome!