Seth Curry is now part of the Philadelphia 76ers. The veteran shooting guard joined Philly in a trade that moved Josh Richardson and the 36th overall pick in the 2020 NBA Draft to the Dallas Mavericks.

Curry brings a new dimension to the 76ers. Under new coach Doc Rivers, the plans for the team are unclear. The new president of basketball operations Daryl Morey wants to recruit James Harden to the team, in exchange for Ben Simmons.

Daryl Morey is a big fan of Harden. Additionally, the pairing of Ben Simmons and Joel Embiid has not yielded the results Philly hoped it would. So a trade could be possible.

Curry adds value to the 76ers

One thing is for certain; Seth Curry does improve the 76ers. Firstly, Curry is a major addition to the 76ers’ three-point shooting. Ben Simmons does not shoot three-pointers well. Joel Embiid is a good three-pointer, but cannot be relied upon as a shooter given his position as a center. Players like Josh Richardson and Al Horford did not do much from the three-point line.

The latter two have been traded in exchange for Danny Green from OKC and Seth Curry. The addition of Green, but more importantly, Curry significantly improves their output from the line. Curry is a career 44% from the three-point range. Compared to him, Josh Richardson is only 36%.

The three-point threat for the 76ers is massive. For a team that is reliant on Ben Simmons so heavily, the addition of shooters is very significant. Ben Simmons is an excellent point guard who can space the floor and creating shooting opportunities for other players in the team.

Additionally, Curry provides better fouling numbers. He has fewer fouls per game than Josh Richardson, meaning that he is a more accurate defender. Despite his defensive output being less than Richardson, he is more clinical when it comes to making defensive moves. 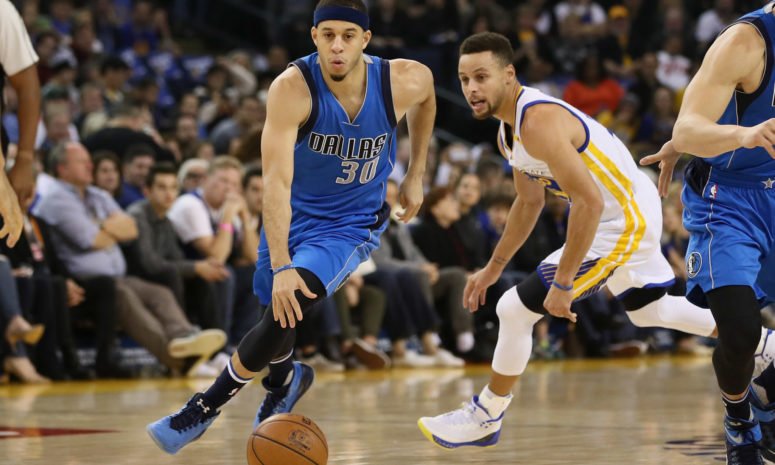 Seth Curry is also an additional attacking threat, something that the 76ers were in dire need of. Other than Joel Embiid and Simons, the team did not have anyone who could contribute consistently as the team’s third scorer. They now have that in Seth Curry, who was the third scoring option in Dallas behind Luka Dončić and Kristaps Porzingis.

It will be interesting to see how Doc Rivers utilizes Seth Curry in the upcoming season, and who his teammates will be. One thing is for sure; Seth Curry gives the Philadelphia 76ers a whole new dimension in attack.

NBA & NFL Writer. Believes that Derrick Rose would be a top-3 player today had he not gotten injured. The harsh truth is OBJ peaked after THAT catch in 2014.

VIRUS TODAY: Hospitals desperate for help as cases pile up

VIRUS TODAY: Hospitals desperate for help as cases pile up