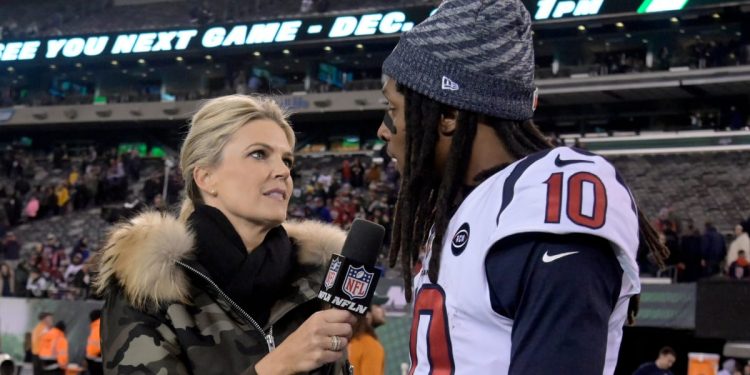 NBC has reportedly named the replacement for longtime NFL sideline reporter Michele Tafoya, who left the network earlier this year to pursue a career in politics.

Veteran reporter Melissa Stark has been tabbed to serve as the new sideline correspondent for “Sunday Night Football,” according to Andrew Marchand of the New York Post.

Stark, who currently works for NFL Network, will return to NBC where she previously worked in the early 2000s. She has served in a variety of roles over the course of her 20-plus year career, including stint as the sideline reporter for ABC’s “Monday Night Football” coverage from 2000 to ’03, a correspondent for the “The Today Show” and an anchor on MSNBC.

Stark will join a revamped “SNF” broadcast crew next season, headlined by Mike Tirico and Cris Collinsworth. Tirico is replacing Al Michaels as play-by-play announcer after the legendary broadcaster departed for Amazon in late March.