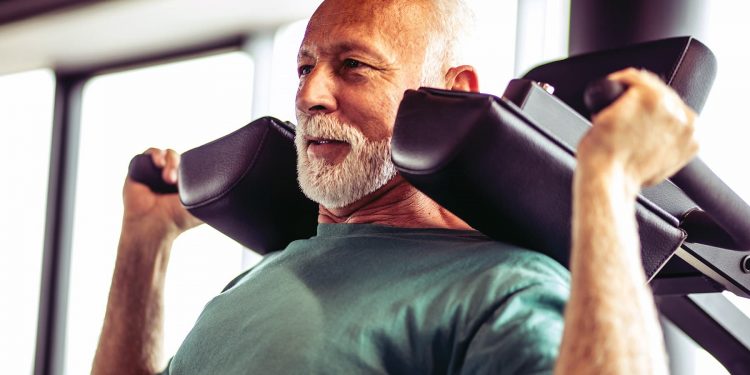 March 16, 2022 — Having trouble sleeping? New research suggests you might want to try a new type of exercise.

In a head-to-head comparison, results of a new study show that resistance exercise promotes better sleep among inactive adults, especially those who are poor sleepers.

Even before the pandemic and bedtime “doom scrolling” took hold, research showed that a third of Americans regularly get less than 7 hours of sleep. The American Heart Association recommends aerobic exercise to improve sleep and improve heart health, yet little is known about how it compares with other types of exercise in the general population, Brellenthin says.

Brellenthin and co-investigator Duck-chul Lee, PhD, both of Iowa State University, recruited 406 adults who didn’t exercise. They were ages 35 to 70, and 53% of them were women. Each was obese or overweight and had elevated or high blood pressure. They were randomly assigned to four groups: a) no exercise, or b) aerobic exercise, or c) resistance exercise, or d) a combination of aerobic and resistance exercise. All in the exercise groups were supervised and did their workouts in hourlong sessions three times per week for a year.

The aerobic exercise group could choose among treadmills, upright or recumbent bikes, and ellipticals, and had their heart rate monitored to ensure they were continuously getting a moderate to vigorous workout.

Those in the combination group did 30 minutes of moderate to vigorous aerobic exercise. They then did two sets of eight to 16 repetitions of resistance exercise, on nine machines instead of 12, that also took 30 minutes.

Participants also completed a sleep test at the beginning and end of the study. Among the 386 participants with data that could be used, 35% had poor quality sleep and 42% regularly slept less than 7 hours per night.

Sleep quality and the number of sleep disturbances improved in all groups. This may be due to simply being part of the study, which included a month of lifestyle education classes, Brellenthin says.

“For a lot of people who know their sleep could be a bit better, this could be a place to start without resorting to medications, if they wanted to focus on a lifestyle intervention,” she says.

More than 1,100 people currently in hospital with COVID-19 in NSW