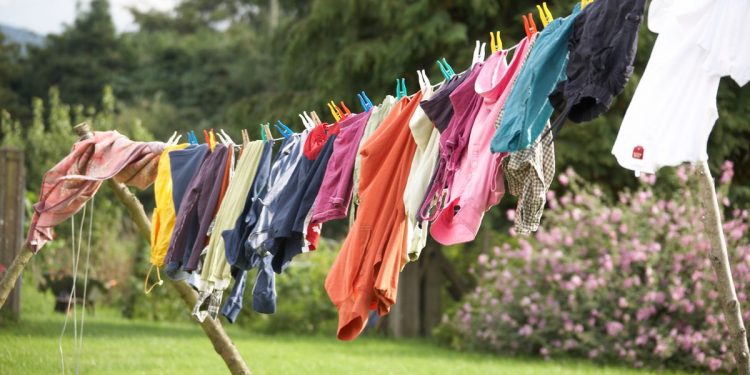 
Getting on with your neighbours can be important for your quality of life.

Or, at least, having a peaceful relationship with them is even if that only extends to a smile on the doorstep.

But, one British woman learnt how tricky it can be when you have a problem with your neighbours after one of hers began to complain about her activities.

Posting on Mumsnet, she explained that a lady next door kept complaining about her doing laundry and hanging it up outside.

The fuming woman kept saying that her clothes – which were hanging on the line outside – were ruining her view.

She said: “We have a new neighbour who has complained to me about my laundry hanging on the line ruining her view.

“It’s just run of the mill laundry, no crutchless knickers or bondage gear, so not offensive.

“At first I ignored her, but she later told me she had photographed it and would complain to council.”

The confused homeowner explained that she wasn’t the only person she had complained about.

The neighbour had also complained about someone else’s whistling which she said was “piercing her ears”.

And, commented to another neighbour that he must keep his windows shut when cooking as it “made her nauseous”.

She said: “It’s not just humans she intolerant of, if a bird is singing, she will start growling to scare it away.

“Before she moved here, we all just dodged along fine. Is there any law against hanging washing?

“I’m not tumble drying our family’s wash when not necessary.”

In the comments, people were shocked by the neighbour’s comments.

One woman said: “Assuming you’re not spelling ‘f*** off neighbour’ with your pants or something, then it’s perfectly acceptable to hang out your laundry on your washing line.”

Another noted: “No, there’s no law against hanging washing and the council won’t have any interest in following up a complaint about it.

“She sounds like a pain in the a***. Ignore. She won’t get anywhere with complaining about smells or whistling either.”

And, a third said: “The council will laugh. Her email will be the subject of much humour, for weeks.”

Do you agree? Tell us your thoughts in the comments…