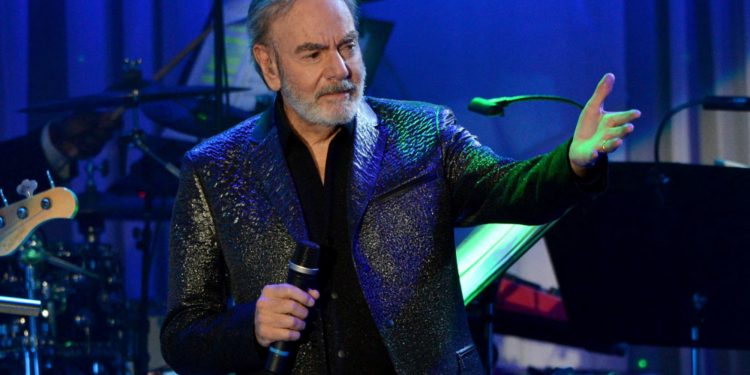 
Neil Diamond has sold his entire songwriting and recording catalogue to Universal Music Publishing Group for an undisclosed amount.

In addition to his publishing and masters, the deal includes 110 unreleased tracks, an unreleased album, and archival video footage.

According to Rolling StoneUMG will also handle any future Neil Diamond music if the musician decides to record any new music.

“After nearly a decade in business with UMG, I am thankful for the trust and respect that we have built together and I feel confident in the knowledge that Lucian, Jody, Bruce, Michelle, and the global team at UMG, will continue to represent my catalog and future releases with the same passion and integrity that have always fueled my career,” Diamond said in a statement about the sale.

Lucian Grainge, UMG’s chairman and CEO, added: “Neil Diamond is by definition, a truly universal songwriter. His immense songbook and recordings encompass some of the most cherished and enduring songs in music history. Through our existing partnership, we are honoured to have earned his trust to become the permanent custodians of his monumental musical legacy.”

Diamond’s back catalogue as both a performer and songwriter is impressive; some of his biggest hits include: ‘Cracklin’ Rosie’, ‘I Am… I Said’, ‘Song Sung Blue’, ‘America’, and ‘Sweet Caroline’.

A number of song have gone on to be hits for other people. UB40 famously covered ‘Red Red Wine’, Johnny Cash performed ‘Solitary Man’, and one of Diamond’s earliest hits came as the songwriter behind The Monkees’ ‘I’m A Believer’.
Diamond’s deal comes after Sting sold his entire songwriting catalogue last month to Universal Music Publishing Group in a deal rumoured to be worth over $250 million (£184 million).
In recent months, a wide-ranging series of similar deals by Warner Chappell have seen the label strike catalogue deals with Bruno Mars, Cardi B, Quincy Jones, Anderson .Paak and Saweetie, alongside the estates of George Michael and David Bowie.

Other artists who have sold their rights elsewhere include Paul Simon, Bob Dylan and Bruce Springsteen.