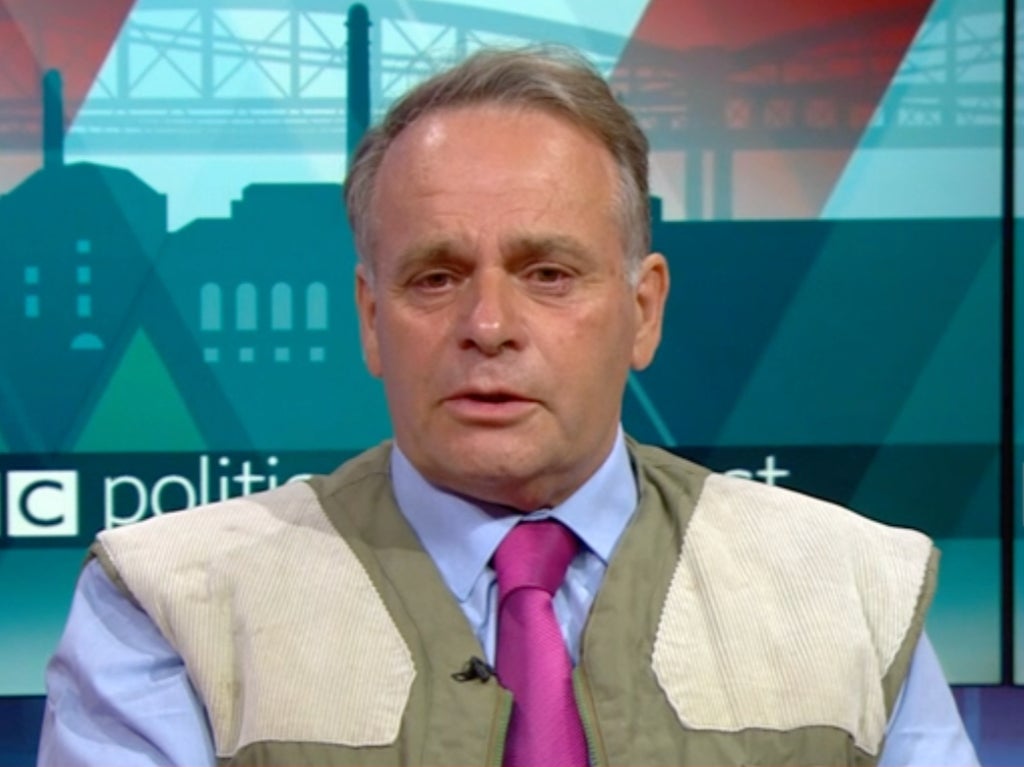 Neil Parish has resigned as a Conservative MP after admitting watching pornography in the House of Commons in what he described as a “moment of madness”.

But he insisted he did not intend to distress female MPs who were nearby as he looked at his mobile phone, adding: “I’m not going to defend it… I must have taken complete leave of my senses.”

The senior backbencher’s resignation sets up a by-election in his Tiverton and Honiton seat in east Devon which should on paper offer no worries to Boris Johnson, with its 24,000 majority for Tories in the 2019 general election. But it was last night being eyed hungrily by Liberal Democrat strategists, eager to attempt to replicate the 37-point swing which destroyed a similar Conservative advantage in North Shropshire in December.

After initially indicating on Friday that he hoped to remain in his seat, and hold onto his influential role as chair of the Commons environment committee, until the completion of a standards investigation, the resignation announcement came as a dramatic change of heart from Mr Parish.

The 65-year-old former farmer – a long-serving MEP for the west country before entering parliament in 2010 – is thought to have come under intense pressure from a Conservative Party concerned about the impact a drawn-out scandal could have on its prospects in crucial local elections across Britain on Thursday.

After she made clear she was standing by him, Mr Parish hailed his wife as “amazingly loyal and better than I deserve”, to which she responded with a chuckle: “That’s for sure.”

In a deeply emotional interview to confirm his resignation, Mr Parish told the BBC’s Politics South West programme that he had initially thought he would be able to explain his actions to Commons standards commissioner Kathryn Stone, in the hope of preserving his political career.

But he said: “In the end, I could see that, with the furore, the damage I was causing my family and my constituency and association – it just wasn’t worth carrying on.”

In his first full account of the incidents which led to a complaint to chief whip Chris Heaton-Harris by two female MPs, Mr Parish said that the first occurred in the chamber of the Commons itself.

“Funnily enough, it was tractors I was looking at, and I did get into another website that had a sort of very similar name,” he said. “And I watched it for a bit, which I shouldn’t have done.”

He added: “My crime – my biggest crime – is that on another occasion, I went in a second time. That was deliberate. That was sitting waiting to vote on the side of the chamber, on the side door as you enter back into the lobbies.”

He described it as “a moment of madness and also totally wrong”.

But he added: “For all my rights and wrongs, I was not proud of what I was doing. And the one thing I wasn’t doing – and which I will take to my grave as being true – is I was not actually making sure people could see it. In fact, I was trying to do quite the opposite.”

He described his actions as “madness, total madness”, and accepted that he had lost what he claimed had been “one of the best reputations ever” in the House of Commons.

“I’m not going to defend it,” he said. “What I did was absolutely, totally wrong.

“I think I must have taken complete leave of my senses and my sensibilities and my sense of decency and everything.”

Mr Parish’s resignation came amid growing criticism of the Conservative Party’s slow reponse to the scandal.

The chair of the Commons Women and Equalities Committee, Tory MP Caroline Nokes, said she was “disappointed” that he was not suspended from the party the morning after his name was passed to Mr Heaton-Harris on Tuesday evening.

It was not until after the story had broken in the press that the chief whip referred it to parliament’s Independent Complaints and Grievance Scheme, which deals with allegations of harassment and bullying by MPs and parliamentary staff.

And it was not until three days after the initial complaint – during which time other MPs found themselves the subject of inaccurate Westminster rumours about the identity of the culprit – that Mr Parish was finally named and referred himself for investigation.

“The people of Tiverton and Honiton deserve better than Neil Parish’s disgusting behaviour,” said Ms Debbonaire. “But it’s shocking that the Conservatives have allowed this debacle to drag out over many days. Time and again the Tories refuse to act, resorting to cover-ups and dragging the reputation of other MPs and the house down with them.

“From the Owen Paterson scandal, voting to keep Rob Roberts in parliament, and their failure to act against their paedophile MP Imran Ahmad Khan, this Conservative government is rotting from the head down. Britain deserves better.”

Liberal Democrat deputy leader Daisy Cooper said: “It is appalling that Neil Parish had to be pushed to resign after those in charge of the Conservative Party spent days dragging their feet.

“This still leaves unanswered questions about Boris Johnson’s leadership and his failure to trust the word of his female MPs. The Conservative Party must now swiftly call a by-election, so the people of Tiverton and Honiton can finally get the proper representation they deserve.

A spokesperson for Tiverton and Honiton Conservatives said: “We would like to take this opportunity to thank Neil Parish for his service to our communities over the past 12 years. We support his decision to step down as our member of parliament.”