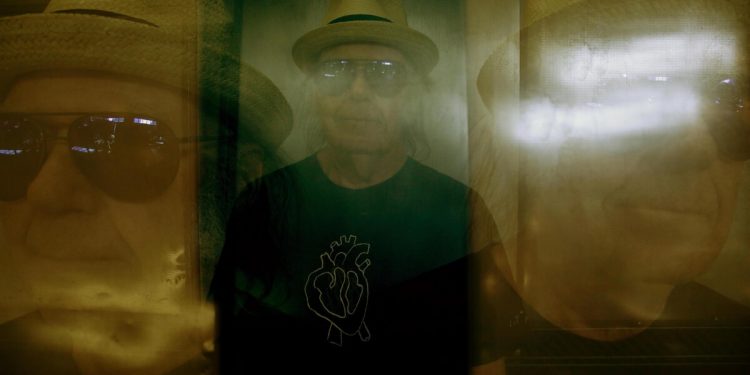 Among them is Qobuz, a boutique Paris-based streaming service that touts high-quality sound and is named after after the kobyz, an instrument used in rituals to dispel evil spirits.

Qobuz — which has hundreds of thousands of subscribers compared to Spotify’s massive audience of at least 380 million — began seeing a surge of new users. Thousands of people — at least double what’s typical during this time of year — signed up after Young encouraged his fans to listen to his music on the app, among other platforms, said Dan Mackta, managing director for Qobuz USA.

“Sometimes you see things and you wonder what caused it,” Mackta said. “This was, ‘Thanks, Neil.’”

Although smaller rival streaming services received a boost from fans of Young and other artists who joined his protest, the effect of the boycott on Spotify has been minimal so far, analysts said. Major pop stars did not quit Spotify, and app analytics data indicates Young’s protest did not diminish new signups.

Spotify and Rogan issued responses to the controversy on Sunday, quelling some of the concerns raised about podcast episodes that discuss COVID-19 with guests who have been largely discredited by the medical community.

Still, the controversy isn’t going away as Spotify continues to face scrutiny, from inside and outside the company, over its policies about misinformation.

“The worry from an investor perspective is that it cascades into more artists potentially pulling their music and following the path of Neil Young,” said Daniel Ives, a managing director with Wedbush Securities. “The worry is that this doesn’t end what’s been an nightmare situation for Spotify.”

Since the latest controversy with Rogan erupted, some Spotify employees have been venting frustrations in the company’s communal Slack channels, sharing their opinions, experiences and doubts about the company’s direction, according to two Spotify employees who declined to be named because they were describing internal staff conversations.

“There’s been even some folks directly tagging Daniel Ek in comments, saying, ‘Daniel, I hope you’re reading all these comments,’” said one of the employees.

Some workers have been sharing news stories about the company’s handling of the situation, while others have shared tweets or comments supportive of Spotify, which is based in Stockholm but has a large presence in the Arts District in downtown Los Angeles.

A similar internal uproar ensued in 2020 over Rogan’s commentary about transgender people.

A second employee said internal employee concerns have been burbling since Rogan became exclusive to Spotify in 2020.

“I personally have been involved in conversations with co-workers about being uncomfortable or ashamed to be under the same umbrella,” the employee said. “People were upset about it when [Rogan joined Spotify], and Joe Rogan has done very little to allay the concerns since that happened.”

The company is expected to hold a town hall on Wednesday morning with staff on the same day it will report its fourth quarter earnings results, employees said.

Spotify did not respond to a request for comment.

In a blog post on Sunday, Ek wrote “it is important to me that we don’t take on the position of being content censor while also making sure that there are rules in place and consequences for those who violate them.”

The number who pay to listen to music on Spotify ad-free is expected to grow to 180 million in the fourth quarter, up 16% from a year ago, according to an average of analyst estimates by FactSet. Analysts project company revenues of $2.97 billion, up 14%, and a net loss of $93 million in the quarter.

Michael Morris, a senior managing director at investment and advisory firm Guggenheim Partners, said he does not believe that there will be any significant effect on Spotify’s finances due to the handful of artists who have exited Spotify.

Worldwide installs on Apple’s App Store and the Google Play store for Spotify remained unchanged before and after Young’s actions, according to San Francisco-based Sensor Tower, which tracks app installs.

“The consumers’ level of passion for the topic, or the individual piece of content is not more significant than their broader appetite for the platform overall,” Morris said.

Nonetheless, rivals to Spotify such as Qobuz and Tidal received a boost in app installs, according to Boston-based app data firm Apptopia. Qobuz’s installs increased 64% and Tidal’s was up nearly 23% based on of an average of global app installs from Jan. 26 to 31, compared to Jan. 20 to 25, Apptopia said.

“We can confirm that we’re seeing strong interest and always welcome new members to our platform,” said Tidal spokeswoman Sade Ayodele in an email.

Qobuz’s Mackta said: “It’s been a great opportunity for people to discover our service … even though it’s probably not going to be on the front page headlines much longer.”

Qobuz’s subscriptions start at $10.83 a month for access to more than 70 million songs, many in high resolution. The streamer also sells music downloads.

Spotify secured a multiyear podcast deal with Rogan in May 2020. “The Joe Rogan Experience” was the most listened-to podcast on Spotify last year. It’s among several other exclusive podcast deals Spotify has signed, including with Barack and Michelle Obama’s production company Higher Ground and with influencers like Lele Pons.

But some think the blowback over Rogan could cause Spotify to rethink some of these high-priced contracts. If the controversial podcasts were widely available on multiple platforms, any protest would target the podcast creator’s content as opposed to a single streaming platform.

“Other controversial podcasts that are non-exclusive and distributed broadly across platforms were not met with the same cancellation by Neil Young, despite very similar messaging,” Morris said.

For now, Spotify has tried to quell the situation by releasing its content moderation policies and adding COVID-19 advisory labels to some of its podcasts.

That was a welcome development to John P. Moore, a professor of microbiology and immunology at Weill Cornell Medicine, who was one of more than 200 signatories on an open letter demanding Spotify publish a misinformation policy.

“Spotify responded to pressure from its user community and have done at least something,” Moore said. “Something is more than I expected them to do.”

It was also seen as a positive move by the Biden administration, whose officials have urged digital platforms to do more to combat potentially harmful false information about COVID-19 and related treatments on their services.

“We want every platform to continue doing more to call out mis- and disinformation while also uplifting accurate information,” White House Press Secretary Jen Psaki said on Wednesday. “Ultimately our view is that it’s a good step, it’s a positive step, but there’s more that can be done.”