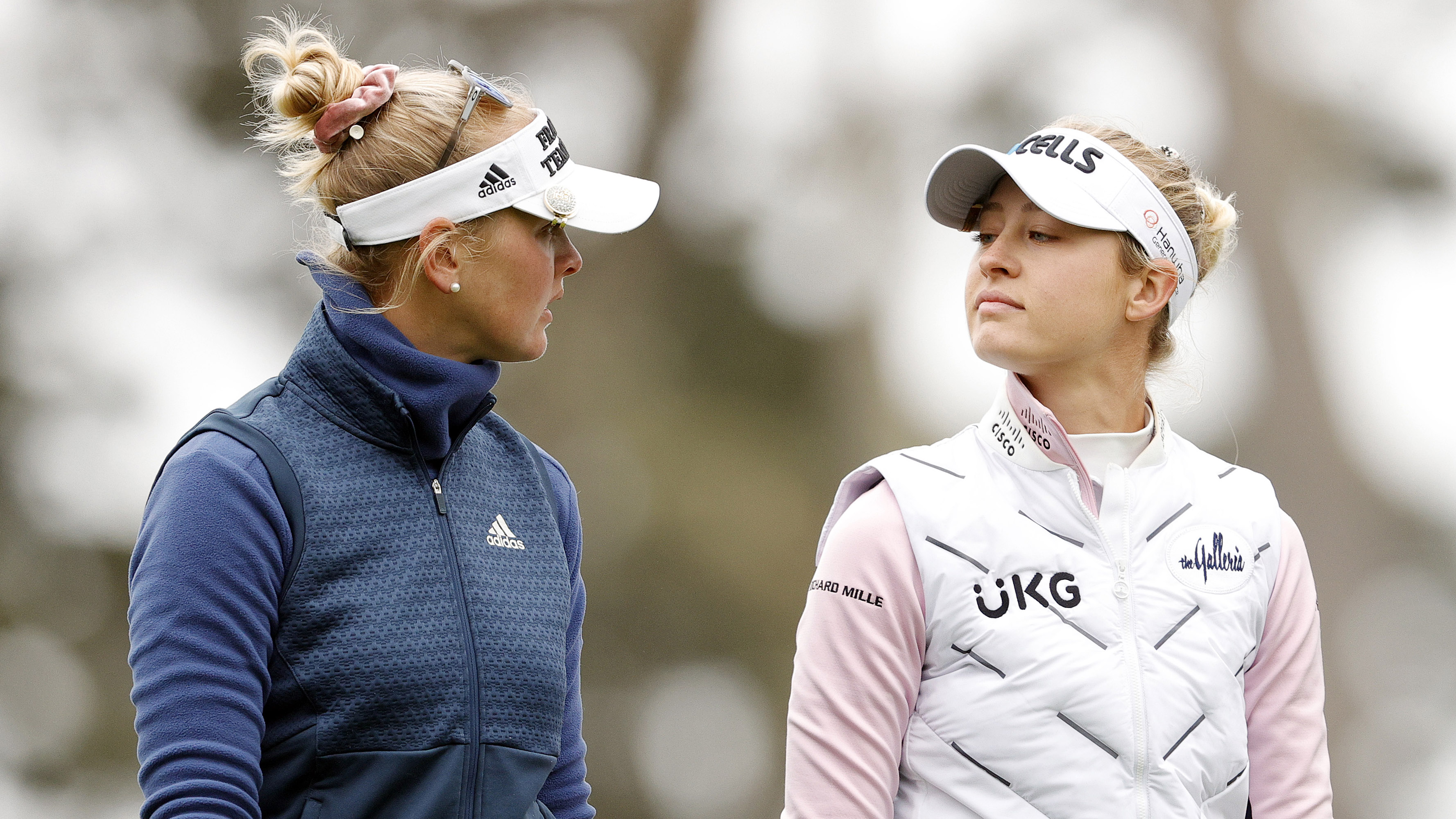 Petr won the men’s singles tennis title in the Australian Open in 1998 and his son Seb won his first ATP tournament last month to break into the world’s top 50.

But it is in golf rather than tennis that Korda’s daughters have become world-class players and the pair are among the favourites to win the year’s third major at Atlanta Athletic Club.

Nelly comes into the week on the back of victory in the Meijer LPGA Classic on Sunday, where she held off a determined challenge from Ireland’s Leona Maguire to win by two shots.

The 22-year-old admits fatigue may be an issue in Atlanta after feeling like she had been “hit by a bus” after playing 14 holes of the pre-tournament pro-am, but is also testing a new mental approach this week.

“To be honest, I try to approach every tournament the same,” she said.

“Just trying to enjoy the moment and just to have fun and approach it like every other week, I think is a new mindset I’m going to try to rely on.” – Nelly Korda

“A lot of people get wrapped up in it’s major week, and they put so much pressure and emphasis on it being major week instead of just enjoying the week, and I’m still trying to figure that out.

“I missed the cut at the US Open two years in a row now, and just trying to enjoy the moment and just to have fun and approach it like every other week, I think is a new mindset I’m going to try to rely on.”

Asked what she thinks it will take to win a major, Jessica used the same phrase as Jon Rahm did following his victory in the US Open at Torrey Pines on Sunday.

“Stars align,” Jessica, who has seven top-10 finishes in majors, said. “It’s so hard to win out here.

“You look at it week to week, the scores are so low. There’s battles, it’s not like it’s a clear win ever. You’ve got to make the key putts, and obviously a sprinkle of luck always helps.”

Bob Bowlsby warns remaining Big 12 teams could lose up to 50% in revenue with Texas, Oklahoma departures