Netball Australia wants the sport to be put on the world stage at the Brisbane 2032 Olympic Games.

Netball has been a Commonwealth Games sport since 1998, with the Diamonds — currently ranked number 1 in the world — among the nation’s most successful sporting teams.

Netball Australia CEO Kelly Ryan said with more than 20 million participants across more than 80 countries, the game deserved to be played under the five famous rings.

“We want our junior netball fans to dream of Olympic glory in the sport they love,” Ryan said.

“We want our netball fans, who are the proudest and most passionate supporters, to cheer on their favourite athletes as they compete in the green and gold with the whole world watching on.”

“In such a challenging time, the Tokyo 2020 Olympic Games have brought so much joy to households right across Australia,” Ryan added.

“I, like many people in the netball community, have watched in awe of our Australian athletes who have represented our country with pride, humility and determination.

“We congratulate them for their incredible achievements and wish our Paralympians the best of luck as they compete in two weeks’ time.”

Push for more men and boys to play

Ryan acknowledged that the sport would have challenges pushing its case, given it is a sport predominately played by women and the International Olympic Committee has made great strides in recent years to advance gender equality. 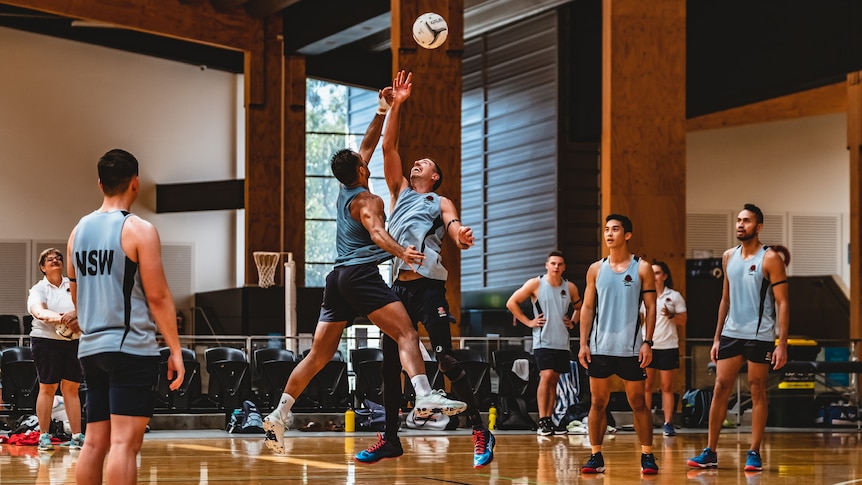 While male-dominated sports have started to embrace female participation in recent years, netball has kept its focus firmly on women and girls. But these players think the sport can boost its broadcast numbers and commercial appeal by providing better support and pathways for the men’s side of the game.

“We are already really fortunate that we have a really strong contingent of men and boys already playing the game, so I think this is an amazing opportunity for us to actually wrap our arms around that participation base and make sure they feel included in netball more holistically,” Ryan said.

“Whether it’s for the Olympics or not for the Olympics, it is something that is firmly in our sights to do anyway. We want boys to come through and feel like [they have] got an opportunity to play netball just like their mothers and sisters.

“In 10 years’ time, I’d like to think we will be a lot more progressed at better including men and boys in our sport.”

Ryan could not confirm whether that meant Netball Australia would be aiming to have both a men’s and women’s team at the Olympics, but said it was an area they were looking to develop over the next decade.

“We would naturally assume that that is probably going to be a big part of the conversation, because it is the way the Olympics has been progressing — to get that gender equity in all sports,” she said.

“They are still not 100 per cent there, because they still have sports that are more orientated to one gender versus the other at this point of time.

“But our expectation is that by the time 2032 comes around gender equity will be a really strong part of the conversation.

“Naturally, while we are really happy to continue our conversations about being progressive in that vein, we ultimately want the sport to be accommodating and welcome to all.” 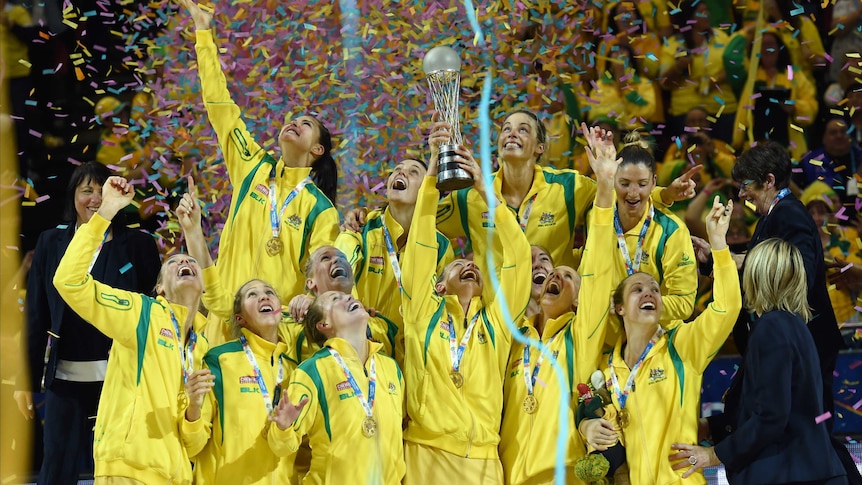 Australia has won the right to host the 2027 Netball World Cup for the fourth time, with Sydney to welcome game’s best players at the quadrennial event.

Aussie Diamonds coach Stacey Marinkovich said she was excited by the potential of Olympic netball.

“It’s an incredible opportunity,” she said.

“Being in lockdown, all we’ve done is play netball or watch the Olympics.

“For me it’s exciting, because you’re on the world stage.

“But it is also the hidden stories that come to life around the Olympic Games that make it so significant — the strife, the struggles.

“To be able to put our hand up and say our sport is now at a point where it can be in that environment, is phenomenal recognition of what so many people have done before us.”

“All our Member Nations are excited at the potential of being part of the Olympic Family in 2032,” she said in statement.

“We are committed to exploring the potential with Netball Australia and ensuring that our case for inclusion adds significant value to this very special Olympic movement.”

This Interactive Map Shows Clinics Near You

How to Tell if A Sausage is Cooked? Guide on Cooking

How Long Does It Take To Build Muscle?

Warnock was youth pastor of Harlem church that hosted