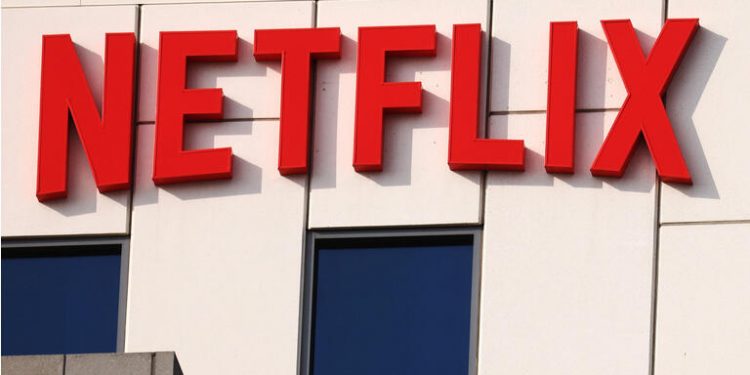 
Netflix (NASDAQ:NFLX) stock was hit after Q4 earnings due to slower subscriber growth. In this article, I’ll discuss what it means for the company and the broader market, alongside the positives for Netflix going forward.

Netflix stock dumped over 20% on Friday after the company had released earnings after the bell on Thursday. The content streaming company beat on profit and was in line with expectations on revenue, but investors were spooked by slowing subscriber growth.

Investors need to get real with valuations

For investors, it was a warning that the current market has been allocating fantasy valuations in spite of slowing performance under the hood. Investors were given a pass by frothy stock indices in recent months, but the tide is turning.

As Warren Buffett once famously said:

Only when the tide goes out do you discover who’s been swimming naked.

Investors should take a closer look at some of their holdings and see if the price improvements since the pandemic are actually warranted by underlying growth.

The writing has been on the wall for tech valuations in recent months, but investors have been slow to react. I warned of a similar story in Snap Inc. (NYSE:SNAP) last year and the stock is since down 50%.

The trouble started for Netflix in 2020 when the company saw an acceleration of subscribers due to the coronavirus lockdowns. That pushed the company’s PE ratio to almost 90x earnings, but Wall Street and investors can have a habit of ignoring human psychology.

Netflix was already a well-known brand and the 2020 improvement was driven by the fact that consumers across the world were locked down with time on their hands. After 2021 and the rollout of vaccines, the people have less appetite for lockdowns, and more desire to get back out into the real world.

The other factor for Netflix content is that the year spent in lockdowns has led to the saturation of content by users and as the company adds new subscribers, it can also lose others that want to try its competitors for fresh content.

For investors, it was vital to take the 2020 leap in subscribers into context. As 2021 progressed it was clear that the 2020 performance was driven by external, one-time factors, but the market kept pushing Netflix higher and the Friday crash should not be seen as a surprise.

The company’s stock price tracked the March leap in subscribers and the $500 test seen in 2021 was more of a realistic price level, but the stock saw a blow-off top. The danger now is that the stock has crashed below $400 and the 2018 highs. There is potential to $300 or even $250 if the indices see further trouble.

The bright side for NFLX investors

Despite the gloom, seeing Netflix trading lower from here would be a gift for investors. The company was trading at a more realistic PE ratio of 36x earnings, with a forward PE ratio of 26x. The price-to-sales ratio is now at 7.8 for the streaming giant.

With this in mind, we shouldn’t forget that full-year revenue of $30 billion grew 19% year over year while operating income of $6.2 billion rose 35% year over year. The company still ended the year with 222m paid memberships and in this world of 7% inflation in the US, there is room to squeeze subscription costs higher.

The following data highlights the performance of Netflix versus companies with similar valuations. Netflix comes out on top with EPS and sales over the past 5 years, while price-to-sales and next 5yr EPS are also among the leaders.

Netflix management said of the 2022 outlook and beyond:

Even in a world of uncertainty and increasing competition, we’re optimistic about our long-term growth prospects as streaming supplants linear entertainment around the world.

One headwind in 2022 could be a stronger dollar with management saying that with ~60% of revenue coming from outside of the US, “we estimate that the US dollar’s appreciation over the past six months has cost us roughly $1 billion in expected 2022 revenue”. The company does not hedge against currency fluctuations, however, as the Federal Reserve moves to raise interest rates, they should take a closer look at that option. The dollar is expected to cost 2% of the operating margin in 2022 with a 19-20% forecast.

On the content side, Netflix films still accounted for the top two most-searched on Google, and six out of the top tens.

The company also notes that “the greatest opportunity in entertainment is the transition from linear to streaming and that with under 10% of total TV screen time in the US, our biggest market, Netflix has tremendous room for growth.”

The collapse in the Netflix share price was not a problem of the business performance, but rather the valuations that have been handed out by Wall Street and investors. The streaming service saw a big leap in subscribers from March 2020 as the coronavirus lockdowns kept many stuck at home with time to spare. That trend started to wane in 2021, but the company’s stock price remained elevated and this is the return to reality.

Investors should see this drop in Netflix as a potential investment opportunity and also reconsider the valuations of other tech companies. The other leg of the stool was that central banks reacted to the pandemic with stimulus and lower interest rates. Both of those are being removed due to inflation and that means the tide is now going out for valuations.

Best Game-Day Recipes You Can Make in a Crock-Pot

Best Game-Day Recipes You Can Make in a Crock-Pot