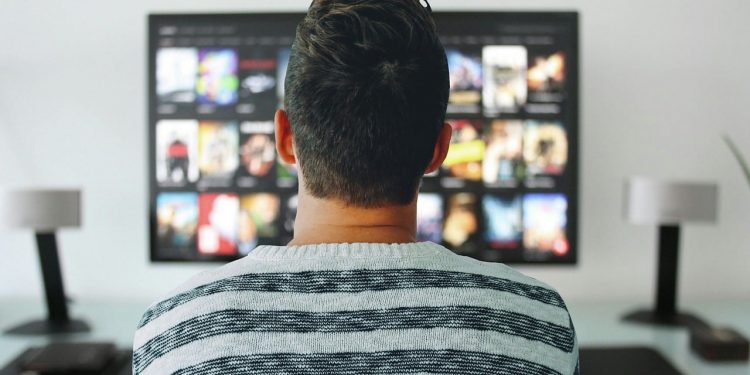 
Netflix Inc (NASDAQ:NFLX) stock plummeted by 20% on Friday pre-market trading after the streaming giant warned subscriber growth could slow in the beginning of 2022. The plunge would account for a $46 billion loss in market value.

As reported by the Financial Times, Netflix’s stock dived $100 from Thursday’s closing price to $402 in pre-market trading on Friday, after the streaming company conceded it could only add 2.5 million subscribers in the first three months of this year.

The staggering prediction is way lower than the 4 million subscribers the company added in the first quarter of 2021, and also well below analysts’ expectations that were around the same figure.

“Netflix’s disappointing forecast came as Peloton was forced to rush out preliminary second-quarter earnings to shore up investor confidence after CNBC reported the company was temporarily halting production of its connected fitness products,” according to the Financial Times.

“Shares in Peloton, one of the biggest beneficiaries of early COVID-19 lockdowns, fell about a quarter following the report.”

Netflix is not the only company that saw both a great success during the pandemic and a sharp drop in stock prices afterward.

Zoom Video Communications Inc (NAZDAQ:ZM) is feeling the heat as its shares have plummeted 11% since the beginning of this year, after securing great success during the remote work explosion.

The Financial Times reports that “Other pandemic beneficiaries such as e-signature specialist DocuSign Inc (NASDAQ:DOCU) and Netflix rival Roku Inc (NASDAQ:ROKU) have tumbled more than 20% in 2022.”

As the Federal Reserve is set to raise interest rates at a faster pace than previously anticipated —to tackle inflation— investors have gone cold on the tech business. This is because the higher interest rates decrease the value they put on future profits when it comes down to fast-growing firms.

Further, as a new normality waves in, the number of new Netflix subscribers starts to tail off after the firm invested so heavily in content to attract and keep users.

“Netflix also undershot expectations for net new subscribers in the last quarter of 2021, adding 8.3m versus expectations ranging from 8.4 million to 8.7 million. That brought the total number of paying customers to 222 million.”

Netflix is part of the Entrepreneur Index, which tracks 60 of the largest publicly traded companies managed by their founders or their founders’ families.

28 Ideas to Ignite Your Social Media Spark This February