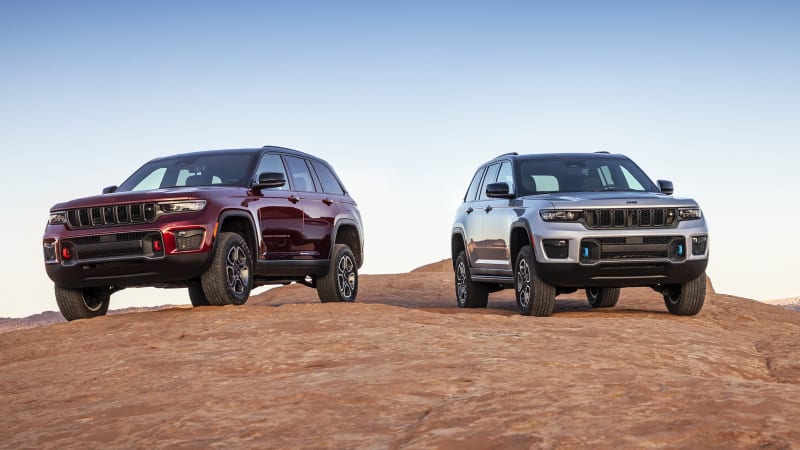 With available wood interior trim and loads of screens, the 2022 Grand Cherokee reflects Jeep’s upmarket push well. More features inevitably mean a higher cost to buyers, but leaked data suggest that the new SUV’s base price will remain pegged below $40,000.

Jeep launched the fifth-generation Grand Cherokee’s configurator on its official website in October 2021. As it stands, pricing isn’t included; motorists merely have the option of configuring the seven different trim levels, browsing the color palette, and adding Mopar accessories. However, enthusiast website Muscle Car & Trucks discovered a hidden page on Jeep’s site that reveals pricing information for every trim.

The entry-level 2022 Grand Cherokee Laredo costs $37,390; note that this figure does not include the mandatory destination charge, which wasn’t leaked. For context, the outgoing Grand Cherokee’s base trim is called Laredo E, and it starts at $34,970. For the money, buyers will get LED headlights, adaptive cruise control, rear parking sensors, the new Uconnect 5 infotainment system displayed on an 8.4-inch touchscreen, and a 10.5-inch digital instrument cluster.

Next up in the range is the Altitude, which costs $41,945 and gains leather, heated front seats, and a remote vehicle starter, among other features.

Next is the Trailhawk, which stands proud as the off-road warrior of the range with a sway bar disconnect system that has trickled down from the Wrangler, skid plates, red tow hooks, a Quadra-Lift air suspension system, and a limited-slip rear differential. It starts at $50,275. Moving up, the Overland costs $53,305, the Summit is priced at $57,365, while the flagship Summit Reserve checks in at $63,365.

Two variants are missing: the SRT and the mighty Trackhawk. We don’t know what the future holds for them, but the latter reportedly won’t return with a V8.

Note that the aforementioned figures only apply to the short-wheelbase version of the latest Grand Cherokee. Pricing for the long-wheelbase, eight-seat 2021 Grand Cherokee L has already been released, and it unsurprisingly costs a little bit more than its roughly 10-inch-shorter sibling. Jeep charges $38,635 for the entry-level Laredo, $55,135 for the Overland, and $63,635 for the Summit Reserve.

Jeep hasn’t commented on the report. Sales are scheduled to start soon, so official pricing information should be released shortly.