New CDC forecast predicts US coronavirus death toll will reach up to 508,000 by February 13

The Centers for Disease Control and Prevention (CDC) predict that up to 508,000 Americans could die of COVID-19 in less than one month.

Published on Wednesday, the ‘ensemble’ forecast combines 37 independent forecasts of coronavirus deaths over the next four weeks into one projection.

The forecast predicts that between 22,500 and 23,300 deaths from the virus will be reported each week for the next four weeks.

It comes just one day after the national death toll eclipsed 400,000. 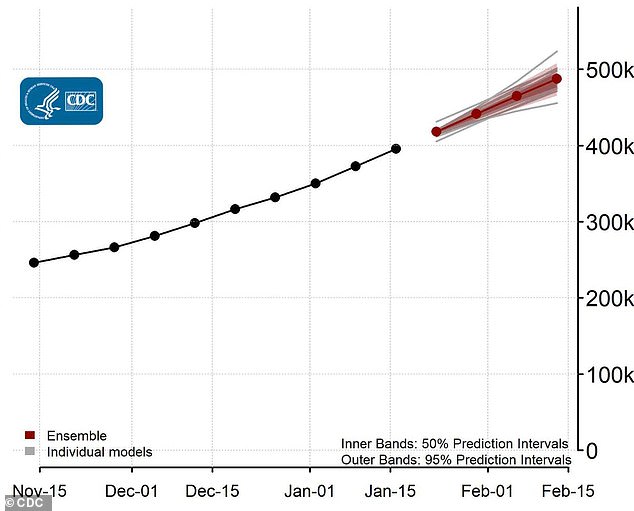 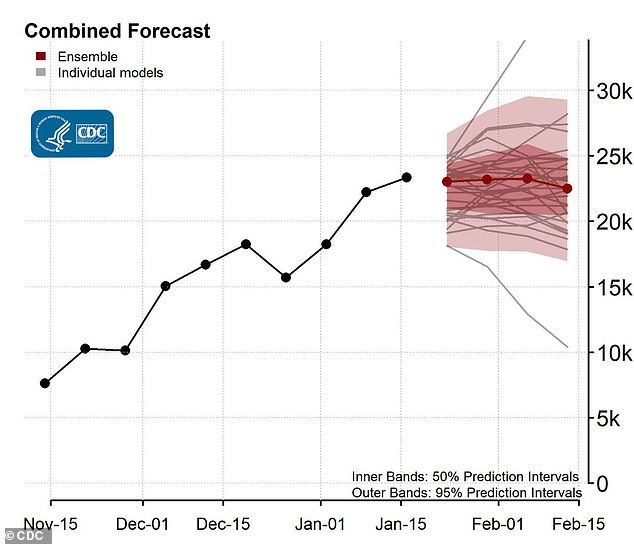 The forecast predicts that between 22,500 and 23,300 deaths from the virus will be reported each week for the next four weeks (above) 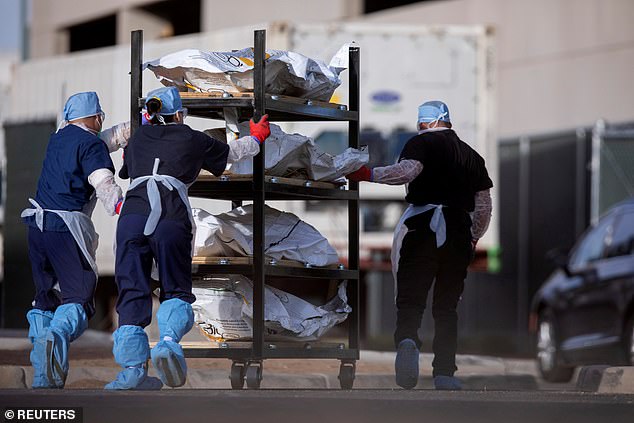 More than 38,000 Americans died from coronavirus in the first two weeks of 2021, and the numbers only appear to be increasing.

‘This is just one step on an ominous path of fatalities,’ Dr Irwin Redlener, director of the National Center for Disaster Preparedness at Columbia University, told the Associated Press.

He said the Trump administration’s handling of the crisis led to thousands of avoidable deaths.

‘Everything about how it’s been managed has been infused with incompetence and dishonesty, and we’re paying a heavy price,’ he said.

The current death toll of 404,284 is greater than the number of Americans who died in World War I, the Korean War and the Vietnam War combined.

It is nearly equal to the number of Americans who died in World War II at 407,000.

If the death toll reaches 508,000, it means more people in the U.S. will have died from COVID-19 than the number of people who live in Atlanta.

The figure will also be greater than the number of lives lost in the U.S. to Alzheimer’s disease, diabetes, the flu, pneumonia and strokes combined.

America’s death toll is the highest in the world despite the country accounting for less than five percent of the global population.

Because of the number of deaths, researchers at University of Southern California and Princeton University, say the pandemic will reduce life expectancy in the U.S. by more than a year to 77.48 years, which is the lowest figure since 2003. 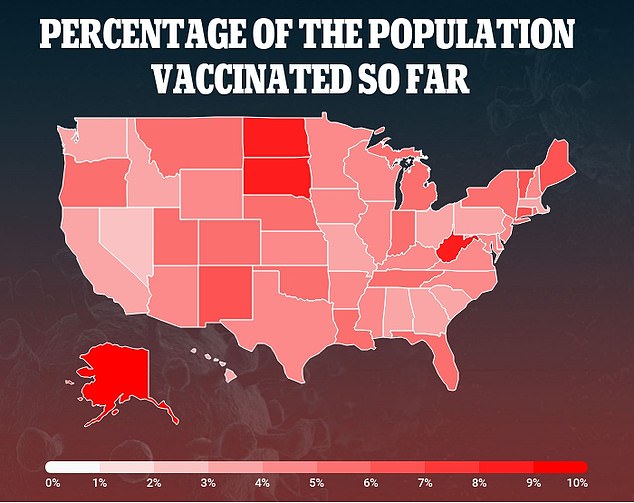 Health experts said widespread vaccination could help curb the surge of cases but only 16.5 million shots have been administered, less than half of the 35.9 million distributed 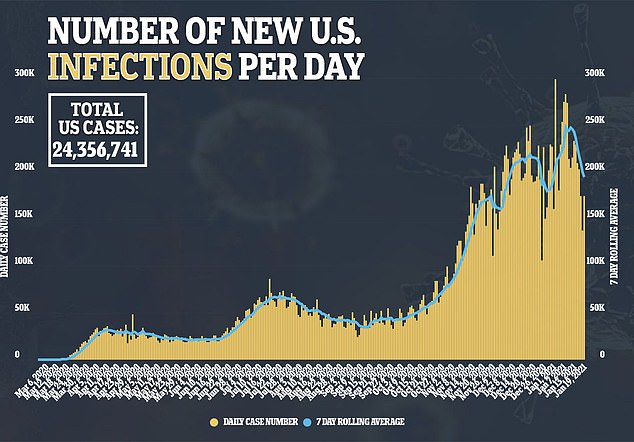 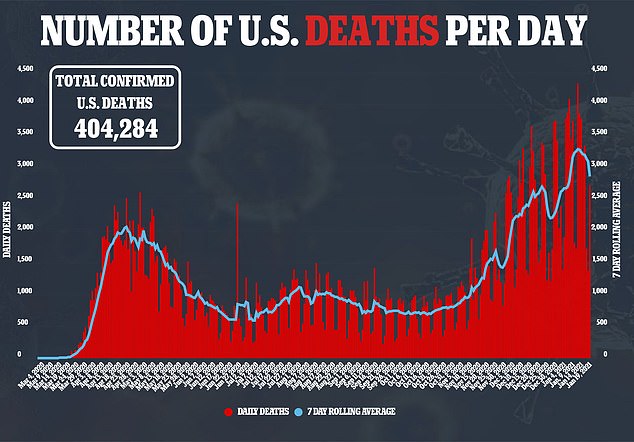 Health experts said widespread vaccination could help curb the surge of cases, but rollout has been slow.

Newly sworn in President Biden say he plans to ramp up vaccination efforts and called on the Federal Emergency Management Agency to establish 100 federally support vaccination centers across the nation by the end of February.

He said he hopes to meet a goal of injecting 100 million shots during his first 100 days in office.

‘We’re entering what may be the toughest and deadliest period of the virus,’ Biden said during his inaugural address on Wednesday.

‘We will get through this together.’