New Cop Drama From Creator of ‘The Wire’ 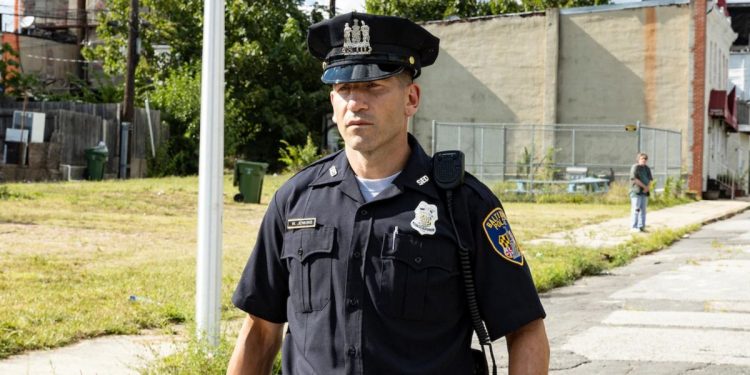 
Fans of gritty HBO dramas like The Deuce and The Wire now have a new show to look forward to: We Own This City. The first teaser trailer for the six-hour limited series debuted today, and it explores the rampant corruption and abuse within the Baltimore Police Department’s Gun Trace Task Force, as well as the federal investigation that exposed it. Jon Bernthal plays one of the central characters in the show, but some of the biggest stars are behind the camera. George Pelecanos and David Simon—alums of The Deuce and The Wireamong other hit HBO shows—are both involved with this new project.

We Own This City is based on the book by Baltimore Sun reporter Justin Fenton, and it centers on the infamous Gun Trace Task Force, a plainclothes police unit that went rogue and began robbing drug dealers and everyday citizens in Baltimore under the guise of enforcing anti-drug laws. The series dives into the inner dynamics of the group, led by Sgt. Wayne Jenkins (played by Bernthal), and the ways it descended into corruption, causing chaos throughout the city.

The series also focuses on the FBI investigation that ultimately led to the group’s downfall. While some members of the task force willingly participated in the group’s illegal activities, the show profiles how more reluctant members got sucked in, as well as how they worked to cooperate with the federal investigation.

In addition to Bernthal, the cast includes Wunmi Mosaku (who starred in the Marvel Loki series and HBO’s sci-fi thriller Lovecraft Country series) as Nicole Steele, a Department of Justice attorney who began investigating Baltimore’s policing even before the FBI launched its own probe. Other cast members include Josh Charles, Jamie Hector, Darrell Britt-Gibson, and Dagmara Domińczyk.

Pelecanos (read our deep-dive profile on him here) and Simon pulled double duty on this show. They served as both executive producers and writers, along with the show’s director, Reinaldo Marcus Green. With those two masters of noir at the wheel, you can expect plenty of gritty drama in this series. Even the teaser trailer is an intense two-minute ride.

We Own This City premieres on HBO on Monday, April 25.

Can Russia build its own ‘Great Firewall’?- POLITICO

Can Russia build its own ‘Great Firewall’?- POLITICO