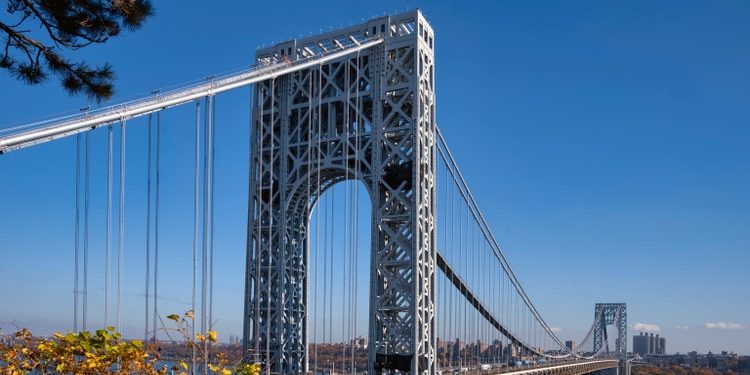 
As companies around the world manage the impacts of the war in Ukraine, soaring inflation, rising interest rates and supply chain issues, the U.S. cannabis industry continues to develop relatively unscathed from these macro concerns. Growth in the U.S. cannabis market remains a state-led story as the launch of new markets adds to the growing pie of legal sales. The next market to have an active adult-use program is New Jersey. On April 11, 2022, the New Jersey Cannabis Regulatory Commission (“CRC”) gave the green light to seven Alternative Treatment Centers to launch adult-use sales within the next few weeks.

Like all current adult-use states, New Jersey first began as a medical market. New Jersey legalized medical cannabis in January 2010 with the passage of the New Jersey Compassionate Use Medical Marijuana Act in the last days of Governor Jon Corzine’s administration. However, under the leadership of Governor Chris Christie, the program languished, with approximately 15k patients enrolled and five dispensaries opened by the end of his term.

The election of current Governor Phil Murphy, who campaigned on legalizing cannabis, led to a significant expansion of the medical market culminating in the passage of the Jake Honig Compassionate Use Medical Cannabis Act in July 2019. The Act reduced the required frequency of physician appointments for medical card holders from every 90 days to once per year, increased the number of cultivators from 12 to 28 and most importantly, expanded the list of qualifying conditions. The changes had a pronounced impact on the state’s medical patient count which grew to over 120k by December 2021, an increase of over 8x in just three years.

As the state’s medical program blossomed, Gov. Murphy looked to make good on his campaign promise of legalizing adult-use cannabis, but he was ultimately unable to secure the votes from the state’s legislature. After two years of setbacks, the state put the issue directly to voters in a November 2020 ballot initiative. The measure passed with significant support (67% in favor) and in February 2021, Gov. Murphy signed adult-use legalization bills into law. The new law was the first step of many in order to start sales as it became the responsibility of the CRC to write rules and regulations to govern the new adult-use industry.

Unfortunately, newly established government agencies can take longer to fulfill their obligations than the private sector would prefer. It was not until August 2021 that the CRC finally issued rules and regulations for the New Jersey adult-use market. As stipulated by the law, once the rules were in place, the CRC was required to launch the market within 180 days (February 2022), however, there was no mechanism to enforce the deadline. Fortunately, the CRC has finally approved seven current medical operators to commence adult-use sales once ” they pass operational inspections and are issued new licenses.” The seven approved are all publicly-listed multi-state operators including: Ascend Wellness Holdings, Inc. (OTCQX:AAWH), Acreage Holdings (OTCQX:ACRHF), Columbia Care (OTCQX:CCHWF), Curaleaf (OTCPK:CURLF), Verano (OTCQX:VRNOF), TerrAscend Corp. (OTCQX:TRSSF) and Green Thumb Industries (OTCQX:GTBIF).

Let’s talk about two of these that may particularly benefit.

Considering the significant revenue opportunity for these operators, they will all likely report materially higher sales growth in 2H22. However, given the smaller footprints of TerrAscend and Ascend Wellness, they are likely to see the greatest impact from higher revenues in New Jersey.

TerrAscend and Ascend Wellness both have their operations based in Northern New Jersey, which is the most populated area of the state and is closest to New York City. TRSSF has locations opened in Maplewood and Phillipsburg, with its third location in Lodi expected to open shortly. AAWH has open dispensaries in Montclair and Rochelle Park, with a third in Fort Lee (near the George Washington Bridge) expected to open in Spring 2022.

If we take management’s guidance of potentially $40 million in run-rate revenues from each of their New Jersey dispensaries, we can see in the table below the significant revenue impact it will have at TRSSF and AAWH. While we do not mean to say the other operators will not see similar figures hit their revenue figures, the growth will not be as dramatic considering their already higher sales figures.

Since its inception in 2010, New Jersey has been a limited license market. As such, the ability to plant, cultivate, distribute, and sell cannabis is restricted to only a handful of license holders. Even with the legalization of adult-use, the rules passed by the CRC limit the number of potential cultivators in the state to an additional 37 from the current 12 at least until February 2023. From a dispensary perspective, the state recently issued 30 licenses in addition to the current 36 dispensary licenses outstanding, of which 23 are currently in operation.

While nearly a doubling of dispensaries might seem concerning, with a population of over 9 million, each dispensary would still be serving 140k people on average! Additionally, it is important to keep in mind that getting a license is only the first step to actually making a sale to retail customers. It can take significantly over a year for a licensee to find a location, receive local approvals, raise capital, make necessary capital improvements, and source product before finally opening for business. This provides an immensely valuable first-mover advantage to incumbent operators who were able to establish a presence in the medical market. Incumbents are vertically integrated, thereby capturing more of each dollar along the supply chain. Furthermore, they can establish relationships with customers and build brand value, which may enable them to generate goodwill amongst customers and maintain those customers even as new dispensaries open.

Management teams with operations in New Jersey have highlighted the attractiveness of the market as well. During its 2Q21 earnings conference call in August 2021, TerrAscend’s management team indicated that its Maplewood location could generate $40 million or more in annualized sales once adult-use sales get going. Given most operators will have three locations, an additional $120 million in annual revenues with potentially 35% – 40% in EBITDA margins will be a major contributor to most operators’ profits. Admittedly, it may take some time for New Jersey operators to reach their potential, but in the meantime, they will likely significantly benefit from customers in neighboring states.

Since New Jersey passed adult-use legislation, neighboring states New York and Connecticut have followed suit. However, of the three, New Jersey will be the first to launch its adult-use sales program and will be a major beneficiary of New York, Connecticut, Pennsylvania, Delaware, and potentially even Maryland residents coming across state lines to purchase cannabis products.

New Jersey has a population of 8.9 million, which alone makes it a relatively large cannabis market, but the adult-use market will be supported by plenty of out-of-towners. The New York City metropolitan area is the largest in the country with 20.1 million residents and the Philadelphia metropolitan area has 5.8 million residents. While a bit further away, Baltimore and its 2.8 million metro area residents are approximately 100 miles from Columbia Care’s Deptford, NJ dispensary. While some of these metro areas include New Jersey residents, it is clear that until New York and Connecticut launch their respective adult-use markets, New Jersey cannabis operators will benefit from the significant demand from around the tri-state area and beyond.

Sales receipts are still on the horizon, but a successful roll-out of adult-use in New Jersey could have a domino effect on the Northeast and Mid-Atlantic regions. It will be hard for politicians in neighboring states to see New Jersey government coffers fill with tax revenues generated from their own residents. While New York and Connecticut will not be too far behind, their regulators will likely be pushed to get their own programs started sooner rather than later. The same applies to the current medical only markets of Pennsylvania, Maryland and Delaware. All three states have either legislatures or governors in favor of legalizing adult-use cannabis and a success story in New Jersey will likely put pressure on them to follow suit.

It can be difficult to predict the future, but I strongly believe the cannabis industry is on the cusp of another major growth spurt. New Jersey is the first of many major markets to open in the next 18 to 24 months and a successful launch may pave the way for more states to move ahead with adult-use legalization efforts. Many investors are solely focused on Federal cannabis reform, but the cannabis sector truly is a state-led story. With New Jersey leading the way, there are brighter days ahead for the industry and equity performance.

Of the operators who have received approval to launch-adult-use sales, TRSSF and AAWH will see the greatest impact on their financials. As highlighted, both firms should see their top-line growth increase by high double-digits. This financial performance should be reflected in higher share prices in the near future.