RE/MAX Platinum Properties, a luxury-oriented franchise based in New Jersey, announced Monday that it has acquired Mark Arbeit and Co., a now-former rival high-end brokerage.

The deal adds Arbeit’s office in Margate City, New Jersey, to RE/MAX Platinum Properties’ four existing offices in the region, bringing the combined company’s total to five. A statement notes that the combined agent count will end up at just under 60, and that Arbeit himself — along with other leaders at his brokerage — will continue on with RE/MAX after the acquisition. 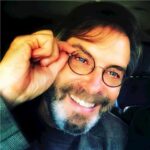 Arbeit said in the statement, “We’re so excited to join forces with RE/MAX Platinum Properties.”

“This move is, for our company, a perfect marriage of what we have and who we are with all that RE/MAX offers and their reputation for providing the total homeownership experience,” he added.

The companies did not disclose financial details of the acquisition.

Arbeit founded his brokerage in 2008, and according to the statement, it “quickly rose to become a dominant force in South Jersey’s luxury market.”

RE/MAX Platinum Properties was also founded in 2008, with current owner Rachel Bachman taking over in 2016. The statement describes the firm as “a premier agency for luxury residential and commercial properties at the South Jersey Shore.” 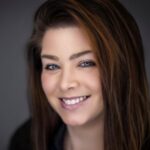 Bachman called Arbeit and his team “innovative and creative” in the statement, and indicated she was excited to “partner and grow” with the new members of her brokerage.

“Together, we will establish the only exclusively luxury-branded office within our market,” she continued, “providing clients with industry expertise from beginning-to-end throughout the selling or buying process and offering professional, white-glove service every step of the way.”

Manny Pacquiao: Twenty Years Ago I Was Yordenis Ugas

Manny Pacquiao: Twenty Years Ago I Was Yordenis Ugas