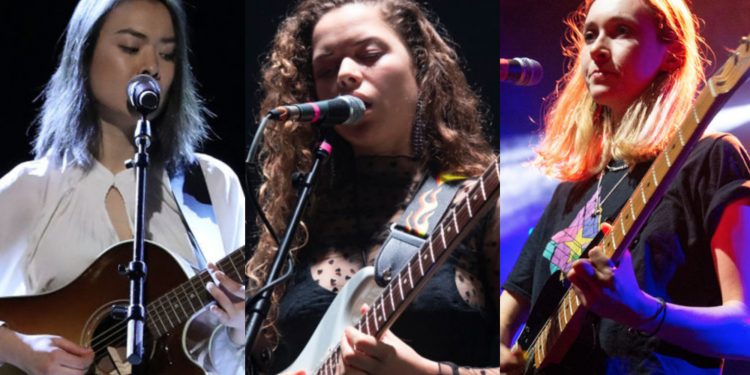 LEISURE, a newly launched festival in Margate, has announced some of the names that will be on the bill for its inaugural event.

Set to take place at Dreamland on June 24, 2022, the one-day event will be headlined by Mitski, with other names including Soccer Mommy, Nilufer Yanya, Sorry and more.

LEISURE is a boutique event run by independent promoters Bird On The Wire. It’s “a day of music and rides on the British seaside and a unique opportunity for artists to play a significant yet bespoke festival,” as per a press release.

The ethos of the festival is to “create an inclusive, inspiring and laid-back atmosphere, with artists split between two stages for a streamlined experience”.

L’Rain and High School have also been announced on the line-up, with the festival promising that more names will be announced soon.

This isn’t the first time Bird On The Wire have put on an event at Dreamland. In 2019, they hosted a 10-year anniversary event at the Margate venue with Mac DeMarco headlining.

“We’re thrilled to finally return to Dreamland after such a brilliant day there in 2019,” the promoter said in a statement. “It’s a line-up that we feel passionately about and we couldn’t have hoped for a better headliner than Mitski for this first edition!”

In a recent interview, the she discussed her decision to take a hiatus from music and said how “absolutely terrible” it feels to be releasing music again.

“How does it feel to be releasing a record again? Terrible. Absolutely terrible,” she told the BBCbefore going on to explain her complicated feelings about her career. “It’s like, ‘Oh Jesus, here we go again. I thought I was having fun and now it’s no fun anymore’.”

But while she was taking a break from music she was also “filled with regret and grief” thinking “maybe I’d made a big mistake”.