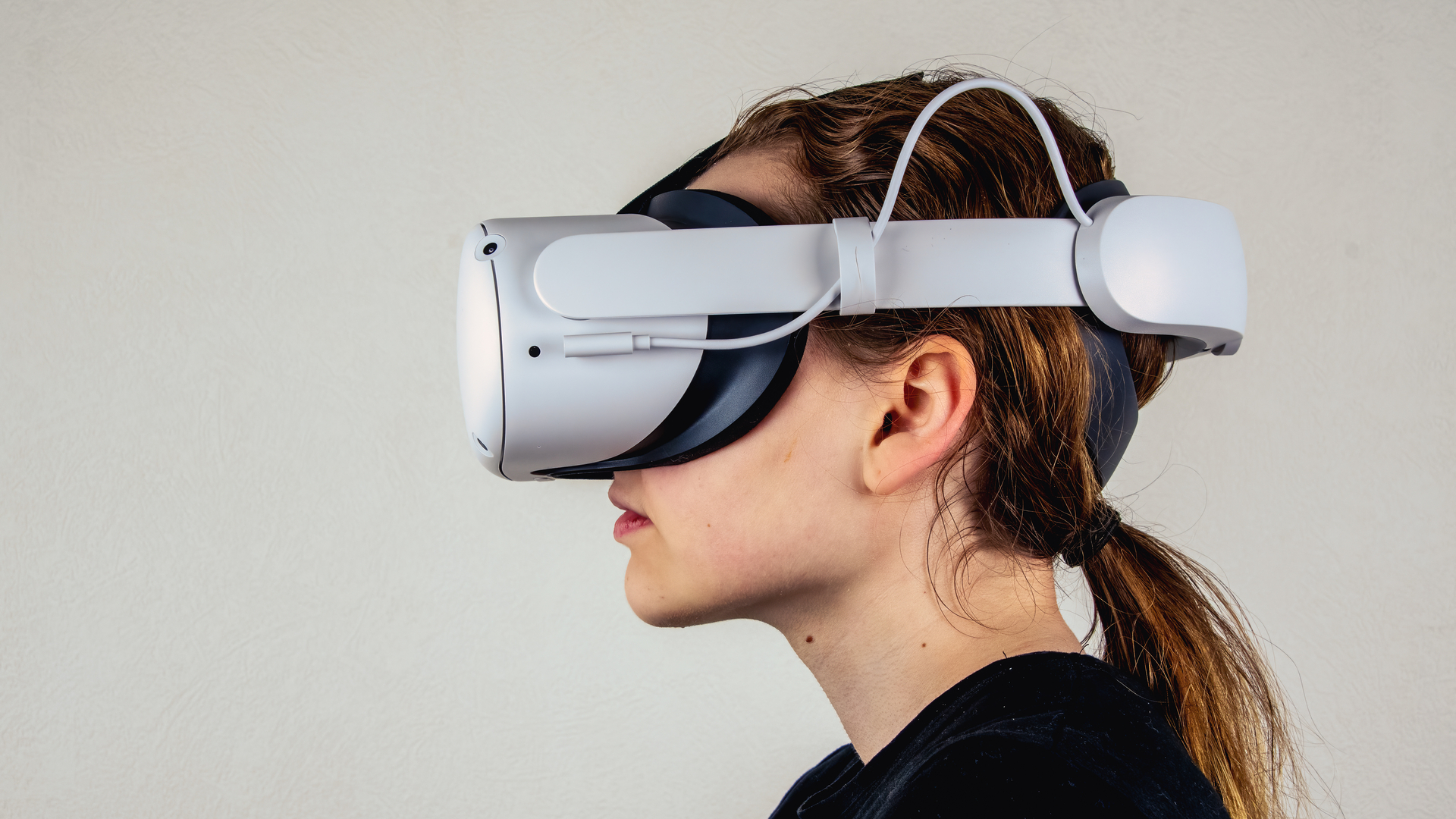 We may have finally seen what the new VR headset that will replace the Oculus Quest 2 looks like. Convincing-looking leaked tutorial videos are showing off an all-new Oculus headset design for the Oculus Quest 2 Pro or Oculus Quest 3 we’ve been waiting for – and it might be at Facebook Connect in just a few days.

A Twitter thread shows off multiple clips that claim to be instructional videos found in the “Seacliff firmware” – with Seacliff being the codename of a supposed new Oculus VR headset.

In the videos, we see a new VR headset that seems to be wireless like the Oculus Quest 2 but has a much less bulky front visor, with the weight instead distributed across the front and with  a pack at the back.

The biggest change of all though looks to be the design of the controllers. The new controllers  (which are shown to be charged up via a dock alongside the new headset) also lack the Quest 2’s tracking rings.

This likely means that the controllers are able to manage their own inside-out tracking rather than relying on the headset. However it’s not 100% clear from what’s shown if this is the case.

We have to remember to take these videos with a pinch of salt though, as there’s no guarantee that these are legitimate. However if they are the real deal they suggest that the next Oculus Quest headset could be nearly completed and that makes it a shoe-in to appear later this week at Facebook Connect.

The device shown off in the instructional videos looks like more than just an incremental upgrade. We can’t tell what the internals are from the video, but if Oculus is going to create a headset and controllers that look vastly different to what’s come before it would be smart to make this headset a more meaningful upgrade than just an ‘Oculus Quest 2 Pro’.

Case in point, look at what Sony did with the PS4 Pro vs the PS5. The Pro looks nearly identical to the PS4 – albeit turning the double-stacked console into a triple stack to highlight the power boost. Meanwhile, the PS5 looks nothing like its predecessor telling players that this isn’t just a minor upgrade but a full-blown next-gen machine.

Based on what we’ve seen the new Oculus Quest headset would be more than capable of supporting beefier components to amp up its internal power. With what looks to be better heat and weight distribution it could very easily be equipped with more powerful processors, more RAM and displays with higher definition than what the Oculus Quest 2 currently uses.

Oculus will want to be careful with how much extra juice it pumps in for now. The Oculus Quest 2 has sold so well because it’s a very affordable entry into VR – this all-new headset might forget that and blow past many more casual users’ budgets.

For now, we’ll have to wait for Facebook Connect on Thursday to know for sure what Facebook and Oculus have in store for us. Based on what we’ve seen though, the day can’t come soon enough.

Spoiler alert. Despite apparently being...

The Matrix Awakens is an Unreal Engine 5 experience coming to PS5, according to leak

Some sort of tie-in between...

Avril Lavigne puts on a...

5 financial moves to make before December 31

Why France faces so much anger in West Africa