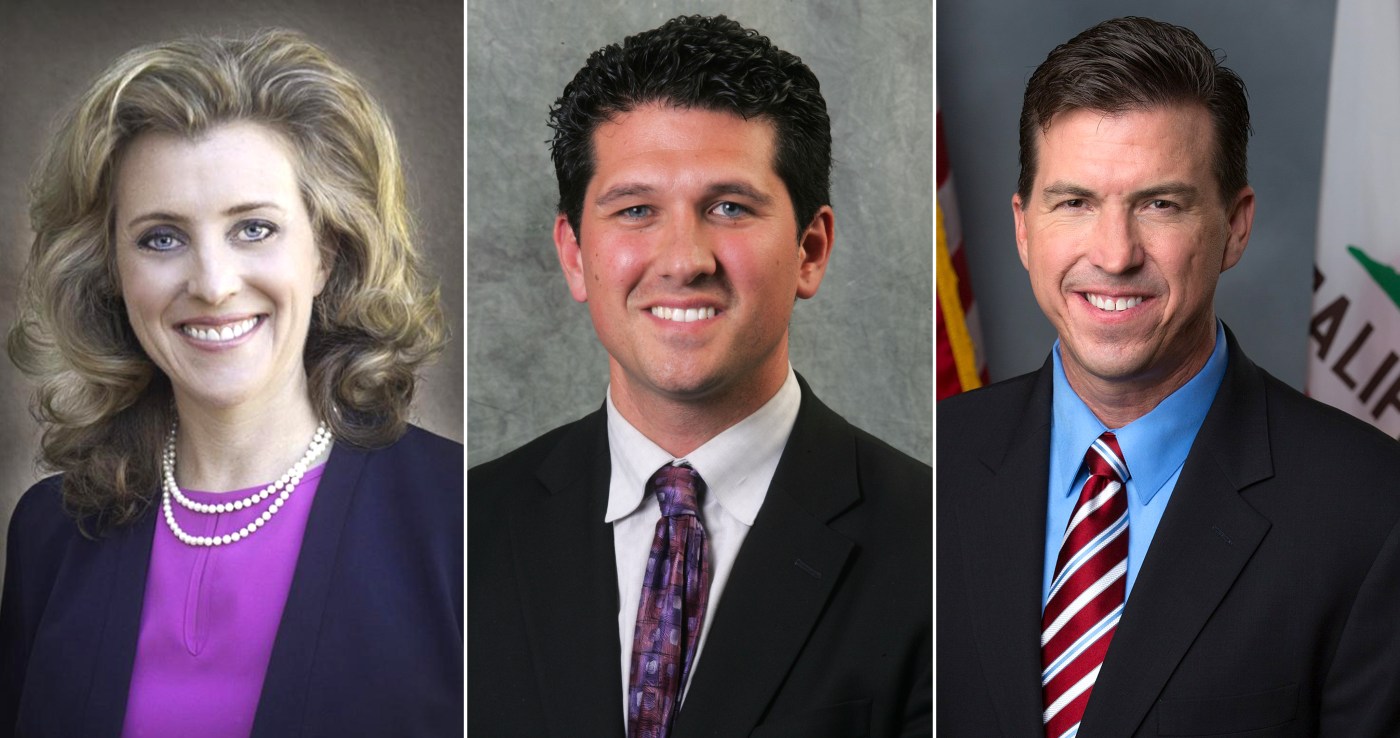 The poll, conducted by California-based Fairbank, Masli, Maullin, Metz and Associates, found that Mullin has a nearly two to one lead over San Mateo County Supervisor David Canepa. According to the poll, 31% of potential voters surveyed support Mullin while 17% support Canepa.

Mullin’s vote share swells by another 8% after voters hear balanced, positive background information on all the Democrats in the race, the poll says, widening Mullin’s lead over Canepa to 39% to 18%. Burlingame City Councilwoman Emily Beach, the closest competitor after Canepa and Mullin, received 8% and 10% before and after positive messaging.

The poll was conducted from March 27 to March 30. The firm conducted 427 phone and online interviews with randomly-selected likely June voters in California’s 15th congressional district, with a margin of sampling error for the study of plus or minus 4.9%.

“The data show that Assemblymember Kevin Mullin is the clear leader in the race,” the poll memo says. “He is the best-known and most favorably-viewed candidate, and enters the race with a nearly two-to-one lead over his closest competitor, which grows as voters hear balanced, positive background information on all the Democrats in the race. Overall the survey results confirm that Mullin is the clear leader.”

The poll comes on the heels of recent fundraising numbers for the first quarter, which show that Mullin and Canepa are neck and neck, with Mullin boasting about $604,000 and Canepa $556,000.

“What these poll numbers and fundraising numbers confirm is that Kevin Mullin is far and away the frontrunner to replace Rep. Jackie Speier in Congress,” said Mullin’s campaign manager Brian Rogers. “The near 2 to 1 lead in the initial poll test speaks for itself: Kevin Mullin is the best known and most favorably regarded candidate in the race, and his powerhouse endorsements from Jackie Speier and the California Democratic Party solidify our lead.”

Mullin has been the party’s preferred candidate since Speier unexpectedly announced her retirement in November, starting a race for her congressional seat which has attracted six candidates from across the district. Mullin received a coveted endorsement from Speier, who called him the most experienced candidate and the only person running “with legislative experience and a proven track record of bringing the bacon home to the district.”

Congresswoman Anna Eshoo, who is defending her own seat this year, also endorsed Mullin for Speier’s seat.

But because the poll was commissioned by Mullin’s team, David Canepa said in an interview he doesn’t believe the results. Canepa was leading against all other candidates vying for the 15th congressional seat after a recent poll that he commissioned from a San Francisco data company was released in February.

At the time, Canepa was also leading in fundraising, collecting the most money out of all the candidates according to financial reports published Jan. 31.

“I think this poll is totally inaccurate,” Canepa said in an interview, noting that the nearly 40% approval Mullin claims is not likely to come to fruition on election day.

“I am willing to bet Mr. Mullin a steak dinner that he’s not going to hit that threshold in June,” Canepa said. “That’s a high number, especially with so many candidates and a Republican running. He has his poll, we have our poll. And we believe our poll is far more accurate.”

Suspect a jewellery allergy? There may be a simpler explanation | Skincare

Suspect a jewellery allergy? There may be a simpler explanation | Skincare