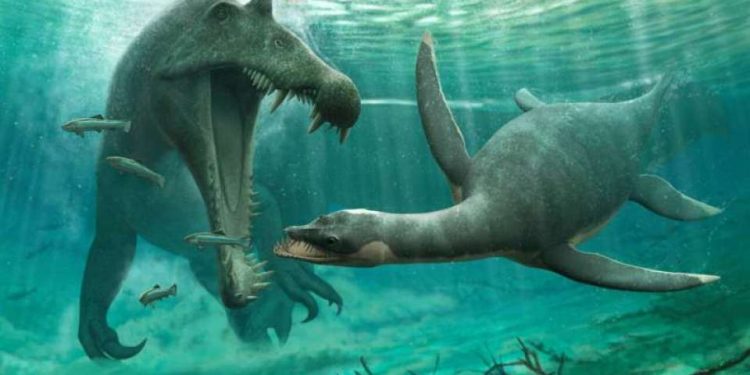 
A study released by researchers from England’s University of Bath has breathed new life into the possible existence of the Loch Ness Monster.

The findings that a prehistoric plesiosaur could have lived in a freshwater environment, contrary to earlier belief, has led the researchers to declare that the so called ‘Nessie’ is “plausible”.

The existence of a giant sea monster living in Scotland’s Loch Ness has fascinated the world for more than a century, but despite grainy images and eyewitness accounts over the years, it has been largely dismissed as a myth.

Skeptics have argued that even if a plesiosaur had survived into the modern era, it could could not have lived in the freshwater of Loch Ness.

The University of Bath now says the discovery of the fossils of small plesiosaurs in a 100-million-year-old river system – which is now in Morocco’s Sahara Desert – suggest they did live in freshwater.

The fossils found by the university’s team include bones and teeth from a 3-metre-long adult, and an arm bone from a 1.5-metre baby.

The researchers hint that these creatures routinely lived and fed in freshwater, alongside frogs, crocodiles, turtles, fish and the aquatic dinosaur Spinosaurus.

“What amazes me is that the ancient Moroccan river contained so many carnivores all living alongside each other,” co-author Dave Martill, professor of palaeobiology at the University of Bath, was quoted as saying.

Markings on the plesiosaur’s teeth suggest that they were native to the river system.

Dr Nick Longrich, corresponding author on the paper, acknowledged the findings were “a bit controversial”.

“But who’s to say that because we paleontologists have always called them ‘marine reptiles’, they had to live in the sea? Lots of marine lineages invaded freshwater,” he said.

The plesiosaur swam by flapping its fins in the water, similar to a sea lion, and lived from the late Triassic Period into the late Cretaceous Period, around 215 million to 66 million years ago.

Veterinary student Arthur Grant first linked the dinosaur to the Loch Ness Monster in 1934 after he claimed to have nearly hit the creature on his motorcycle. He described it as a cross between a seal and plesiosaur and drew a sketch that resembled the ancient sea creature.

Just a few months later, a photograph taken by Robert Kenneth Wilson was published that also appeared to show a creature with a long neck and small head moving through the water.

Widely known as “the surgeon’s photograph”, it later turned out to be a hoax.

Sunak and Truss explain why you should never vote Tory again