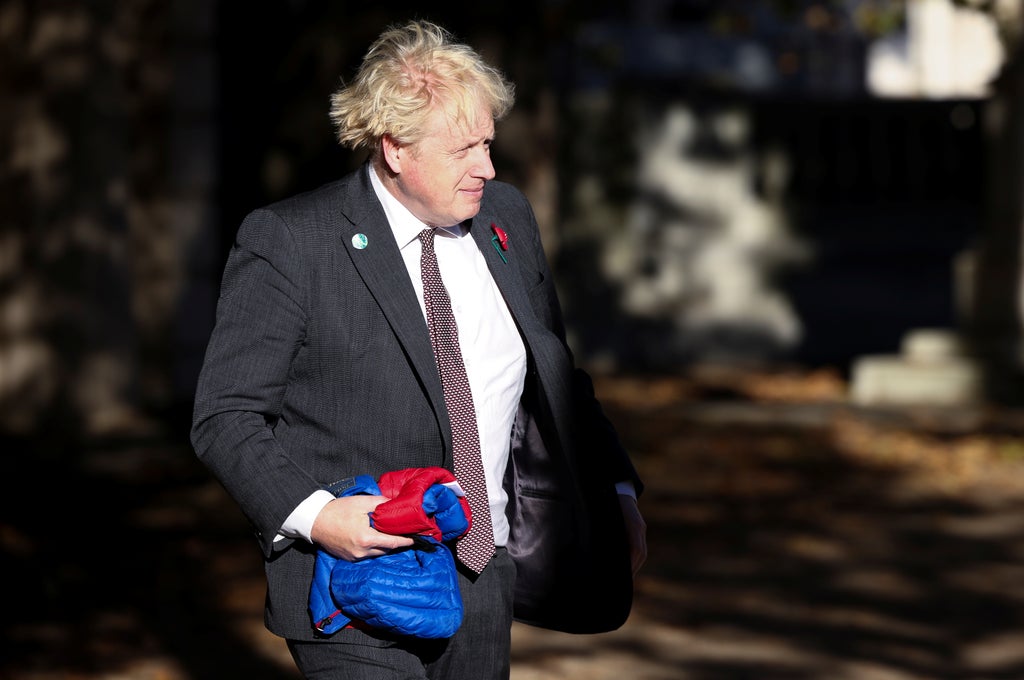 Labour is ramping up the pressure on sleaze amid reports the Conservative Party has been offering House of Lords peerages to wealthy benefactors as a “reward” for large donations.

The report, by The Sunday Times and Open Democracy, says wealthy benefactors “appear to be guaranteed a peerage if they take on the temporary role as the party treasurer and increase their own donations beyond £3 million.”

It also quoted party sources as saying that there is a “tradition” of Conservative prime ministers handing out peerages to the party’s treasurers.

There has also been widespread speculation at Westminster that Owen Paterson, who quit as MP for North Shropshire on Thursday in the face of a suspension over “egregious” breaches of lobbying rules, could himself be in line for a peerage.

Labour said the report highlighted a “cash for access culture” in the Tory party and Sir Keir Starmer has written to the body that considers nominations for peerages to argue that Mr Paterson should not be granted a peerage if Downing Street recommends him for one.

In a letter to Lord Bew, chairman of the House of Lords Appointments Commission, Sir Keir said it would “undermine confidence in the probity of Parliament” if Mr Paterson was made a Lord.

According to the Sunday Times report, in the last two decades, all 16 of the party’s treasurers – except the most recent– have been offered a seat in the House of Lords.

A further 22 of the party’s main financial backers who have given £54 million to the party between them, including nine donor treasurers, have also been offered seats since 2010, it said.

An ex-party chairman told the Sunday Times: “The truth is the entire political establishment knows this happens and they do nothing about it… The most telling line is once you pay your £3 million, you get your peerage.”

However, there is no suggestion any of the donors named in the investigation requested or were promised a peerage or were directed or offered to pay any particular sum to secure an honour.

On Saturday, former prime minister Sir John Major said a peerage for Mr Paterson would be “rather extraordinary” as he launched a blistering attack on the “shameful” actions of Mr Johnson’s government, arguing that they were “perhaps politically corrupt”.

Mr Paterson quit after Mr Johnson abandoned a plan which would have seen his case – and the parliamentary standards regime – reviewed by a Tory-led committee.

Former minister Caroline Nokes – a prominent critic of the PM – has said in the Sunday Mirror: “If my postbag is anything to go by, the public think the PM’s decision to circle his wagons and attack Kathryn Stone well and truly stinks. And it does.”

The Independent has reached out to the Conservative Party for comment. However, a spokesman told The Sunday Times: “We do not believe that successful businesspeople and philanthropists who contribute to political causes and parties should be disqualified from sitting in the legislature.”

Navy Captain Says Most in Military Agree ‘Torture Is Wrong’