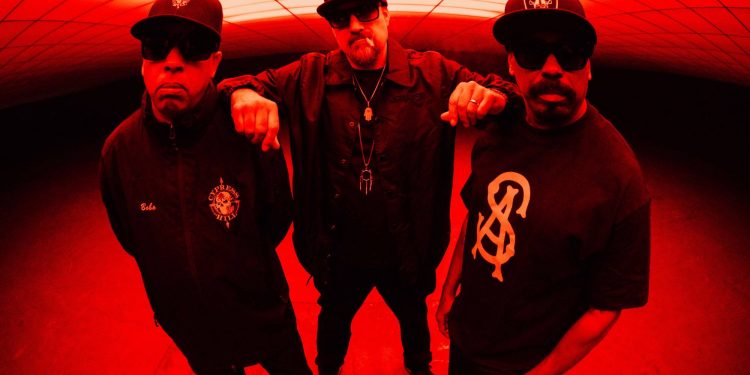 
A new trailer has been released for the upcoming new Cypress Hill documentary – check it out below.

The film, called Cypress Hill: Insane In The Brainwill explore the group’s long-lasting influence on hip-hop and culture: it arrives on April 20.

Directed by Estevan Oriol, the film opens with B-Real looking through film with a microscope. “Somewhere in here, there is Cypress Hill,” he says adding: “I never thought we’d be making history.”

The documentary features rare archival footage and images of the group – originally comprising B-Real, Sen Dog, Eric Bobo, and DJ Muggs — from their early beginnings when they performed in front of 16 people to their height, playing to more than 150,000 fans.

Speaking about the film in January, Sen Dog said: “We were proud hip-hoppers back in the day and we’ve gone through it all. We’re proud to be part of the hip-hop industry. Doing a straight hip-hop joint was the way to go.”

Back in March, Cypress Hill revealed that the album they release after their next will be their “final traditional” LP.

“The next album after this one will be the final traditional Cypress Hill album,” B-Real told The Independent. “After that, we’re gonna still make music. We’re not not gonna stop, not for nothing, but we want to change up the experience.

The group released their 10th studio album, ‘Back In Black’ last month.

The group celebrated the 30th anniversary of their self-titled debut album last August, which saw them release an Expanded Edition of the classic album featuring three new bonus tracks.

The group will next join Slipknot on the second leg of their newly announced Knotfest Roadshow tour with dates across the US & Canada in May and June.