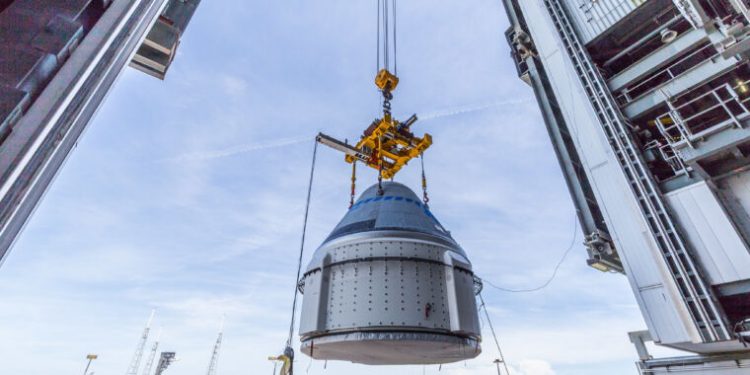 From carbon to uranium, oxygen to iron, chemical elements are the building blocks of the world around us and the wider universe. Now, physicists are hoping to gain an unprecedented glimpse into their origins, with the opening of a new facility that will create thousands of peculiar and unstable versions of atoms never before recorded on Earth.

By studying these versions, known as isotopes, they hope to gain new insights into the reactions that created the elements within exploding stars, as well as testing theories about the “strong force” – one of the four fundamental forces in nature, which binds protons and neutrons together in an atom’s nucleus. The facility could also yield new isotopes for medical use.

Atoms are composed of protons, neutrons and electrons. The number of protons dictates an atom’s chemical behaviour and which element it is – eg carbon always has six protons, and gold 79 – whereas atoms of the same element containing different numbers of neutrons are called isotopes.

Catch a failing star: the tense wait for a supernova

Because many isotopes are unstable and decay quickly – sometimes within fractions of a second – scientists have only studied a small proportion of those thought to exist.

“There are 285 isotopes of elements that exist on Earth, but we think that there are potentially 10,000 isotopes for the elements up to uranium,” said Prof Bradley Sherrill, the scientific director of the Facility for Rare Isotope Beams (FRIB) at Michigan State University, which officially opened on 2 May. “The goal of FRIB is to provide as wide of an access to this vast landscape of other isotopes as technology allows.”

Some of these “rare isotopes” may drive reactions crucial to the formation of elements, so by studying them physicists hope to gain a better understanding of the chemical history of the universe – including how we got here.

The vast majority of elements are thought to have been created within exploding stars, but “in many cases we don’t know which stars created which elements, because these reactions involve unstable isotopes – things we couldn’t readily get our hands on,” said Prof Gavin Lotay, a nuclear physicist at the University of Surrey, who plans to use the new facility to investigate common explosions called X-ray bursts within neutron stars.

Another goal is to understand atomic nuclei well enough to develop a comprehensive model of them, which could provide fresh insights into the role they play in the creation of energy for stars, or the reactions occurring within nuclear power plants.

The facility could also yield medically useful isotopes. Already, doctors use radioactive isotopes in eg Pet scans and some types of radiotherapy, but the discovery of additional ones could help improve diagnostic imaging, or provide new ways of seeking out and destroying tumours.

To generate these isotopes, FRIB will accelerate a beam of atomic nuclei to half the speed of light and send them shooting down a 450-metre pipe, before crashing them into a target that causes some of the atoms to fragment into smaller combinations of protons and neutrons. A series of magnets will then filter out the desired isotopes and direct them into experimental chambers for further study.

“Within a millionth of a second, we can select a particular isotope and deliver it to an experiment where [scientists] may catch it and watch for its radioactive decay, or we may use it to induce another nuclear reaction and use those reaction products to tell us something about the structure of the isotope,” Sherrill said.

Will the Large Hadron Collider find a new fifth force of nature? – podcast

The first experiments will involve making the heaviest possible isotopes of fluorine, aluminium, magnesium and neon, and comparing their rates of radioactive decay with those predicted by existing models. “The surprise will be if our observations agree with what we expected,” Sherrill said. “Most likely they won’t agree, and then we’ll use that disagreement to refine our models.”

Approximately a month later, FRIB researchers plan to measure the radioactive decay of isotopes thought to exist within neutron stars – some of the densest objects in the universe, formed when a massive star runs out of fuel and collapses – to better understand their behaviour.

“Finally we have the tools to enable people to do research that they’ve been waiting 30 years to do,” said Sherrill. “It’s like having a new, bigger telescope that can see further into the universe than ever before – only we’ll be seeing further in the nuclear landscape than we’ve ever been able to look before. Whenever you have a new tool like that, there’s the potential for discovery.”