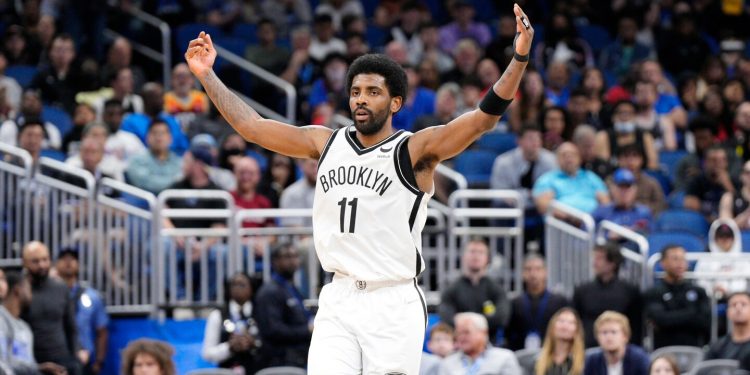 The city’s private sector mandate, which was put into place in late December, required employees “who perform in-person work or interact with the public” to show proof of vaccination.

Adams has gradually rolled back the city’s regulations as coronavirus cases have dropped significantly since the peak of the omicron wave in December and January. Earlier this month, he lifted a vaccine mandate for citizens attending entertainment venues, eating indoors at restaurants and using fitness centers. Adams also lifted a mask mandate for public schools starting March 7 and announced plans to institute a similar policy for day-care centers beginning April 4.

Irving, who has been unable to play games at Madison Square Garden and Barclays Center, could make his first home appearance as soon as Sunday against the Charlotte Hornets. The seven-time all-star has been limited to 19 appearances this season entering Wednesday, but remains a key piece to the Nets’ playoff hopes. The 30-year-old guard is averaging 27.7 points, 4.7 rebounds and 5.3 assists per game, and he scored a career-high 60 points in a win over the Orlando Magic last week.

Silver publicly lobbied on Irving’s behalf for the first time in February, asserting during an ESPN interview that New York City’s vaccine mandate “doesn’t make sense” because it holds New York-based players to a different standard than visiting players. At his All-Star Weekend address in Cleveland, Silver added that he expected New York City’s restrictions to be lifted if “local rates of infection and testing … continue to come down.”

“It literally makes ABSOLUTELY ZERO SENSE!!!” James wrote on Twitter. “They say if common sense was common then we’d all have it. Ain’t that the truth. #FreeKyrie.”

FACTS FACTS FACTS!! It literally makes ABSOLUTELY ZERO SENSE!!! They say if common sense was common then we’d all have it. Ain’t that the truth. 🤦🏾‍♂️🤦🏾‍♂️🤦🏾‍♂️🤦🏾‍♂️ #FreeKyrie https://t.co/EhAcjuMrsL

Durant said that the rules were “ridiculous” on March 13, calling out Adams by name while asserting that “someone is trying to make a statement or point to flex their authority.”

In a follow-up statement, Durant clarified that he “appreciate[s] the task the Mayor has in front of him with all the city has been through,” adding that his “frustration with the situation doesn’t change the fact that I will always be committed to helping the communities and cities I live in.”

Despite the criticism sparked by Irving’s ordeal, Adams said as recently as last week that his focus was on New York’s “9 million people” rather than “one person.” He also encouraged Irving to get vaccinated.

The Nets (38-35) were pegged as preseason title favorites, but they entered Wednesday as the East’s No. 8 seed. Barring a late-season rise in the standings, Brooklyn will need to work its way into the postseason through the East’s play-in tournament, which begins April 12.