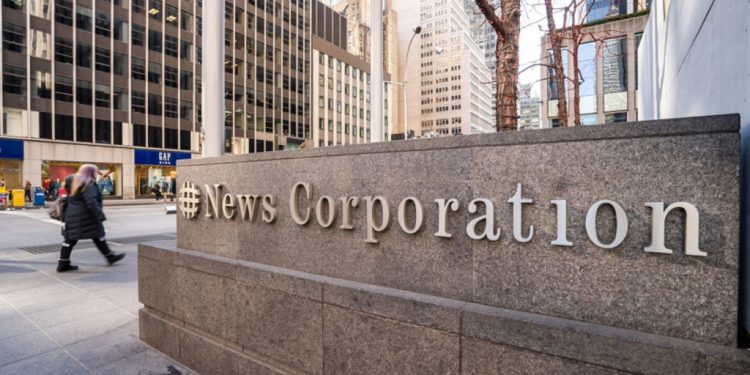 
Employees at the New York Post and Wall Street Journal were targeted in an apparent intelligence-gathering operation by Chinese hackers, a cybersecurity consultant for the newspapers’ parent company said Friday.

News Corp said the hackers accessed email accounts and documents from a “limited number” of employees who included journalists. The hack also affected financial news unit Dow Jones and News UK, the division that controls the Times of London and the Sun, News Corp. said in a securities filing Friday.

Customer and financial data were apparently not affected in the hack, the company added.

After discovering the breach on Jan. 20, News Corp said it notified US law enforcement and launched an investigation with the assistance of cybersecurity firm Mandiant.

“We appear to have been the target of persistent nation-state attack activity that affected a limited number of our employees,” News Corp chief technology officer David Kline and chief information security officer Billy O’Brien wrote in an email to employees. “Mandiant assesses that those behind this activity have a China nexus and believes they are likely involved in espionage activities to collect intelligence to benefit China’s interests.”

News Corp did not say how many employees were affected by the hack. The company said it believes that some divisions of the company including HarperCollins Publishers, News Corp Australia and Storyful were not affected.

“We will not tolerate attacks on our journalism, nor will we be deterred from our reporting, which provides readers everywhere with the news that matters,” Kline and O’Brien wrote.

News of the breach comes amid a surge in hacking attempts against journalists. Last year, it was reported that software from Israeli firm NSO Group was used to target nearly 200 reporters from news organizations including the Wall Street Journal, New York Times, CNN and Bloomberg and was reportedly linked to the murder of Saudi dissident journalist Jamal Khashoggi.

China has also been ramping up its cyber war against the US, intelligence authorities say.

“Here in the US, they unleash a massive, sophisticated hacking program that is bigger than those of every other major nation combined,” FBI Director Christopher Wray said Monday in reference to the Chinese government. “Operating from pretty much every major city in China, with a lot of funding and sophisticated tools, and often joining forces with cyber criminals, in effect, cyber mercenaries.”

US authorities have blamed China for a massive breach in 2021 of Microsoft’s Exchange email service. The attack saw hackers associated with the Ministry of State Security access thousands of email accounts associated with businesses, government offices and schools around the world, according to the White House.

News Corp said it would provide details of the breach to other news organizations.

“We believe it is important that other media organizations be made aware of this threat in order to take appropriate precautions, and we are providing technical details of the attack to the Media Information Sharing and Analysis Organization,” Kline and O’Brien wrote.

News of the hack came hours after the company reported strong quarterly earnings. The company reported a $235 million profit for the quarter ending in December — up from $231 million the previous year. Quarterly revenue stood at $2.72 billion, beating analyst expectations of $2.64 billion, according to the Wall Street Journal.