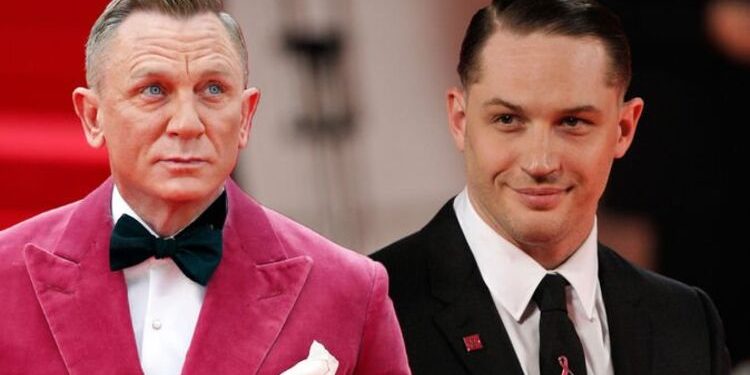 
No Time To Die brought a satisfying end to the ongoing James Bond franchise, which starred Daniel Craig. The British actor stepped down from the series after 15 years and five films as the man of mystery, but the race is on for a number of young hopefuls to take his place as the new and improved 007. Although the top ten includes such massive names as Richard Madden and Idris Elba, Tom Hardy has been a favourite for some time. But it has all changed.

Hardy has found some incredible fame by performing in a few franchises, including Venom, Peaky Blinders, Taboo, and Christopher Nolan’s Batman trilogy.

But, unfortunately for him, his Bond odds have now been reduced to 6/1 by Ladbrokes, leaving him in third place in the current betting.

The actor has previously announced he will not be making any public comments about whether he will become Bond next. But, whether he mentions it or not, his chances are dwindling.

And he has now been overtaken by a massive Netflix actor – and fellow DC Comics star.

Just behind Cavill is Bridgerton star Regé-Jean Page. His fellow Netflix actor has a massive, passionate following of fans who are dying to see the British-Zimbabwean actor take the place of Craig. And he has a good chance, too.

The star currently has an impressive 3/1 on claiming the role – just slightly behind Cavill. Alex Apati from Ladbrokes said: “Henry Cavill has once again pulled away to lead the Bond betting, but with eight names currently priced 10/1 or shorter, the race to replace Daniel Craig has never been closer.”

Although the official announcement of the next James Bond will likely come within the next year, the Bond odds are our best way of looking at who could be the next star in the tuxedo.

And the Bond bosses have already given some details on how they plan to announce the next James Bond star.

Who do you think should be the next Bond? Hardy? Cavill? Or someone else?

Bond boss siblings Barbara Broccoli and Michael G Wilson spoke candidly about how the future of James Bond looks to them.

Barbara mused: “Are [the next set of 007 movies] going to be more humorous or less humorous, more gritty or not gritty?

“And then, when we’ve done that, we have to figure out the actor to play it. So, no, it’s not just ‘Oh, who looks good in a suit?’ We have to figure this out on our own.”

Michael added: “And we don’t need any more suggestions.”