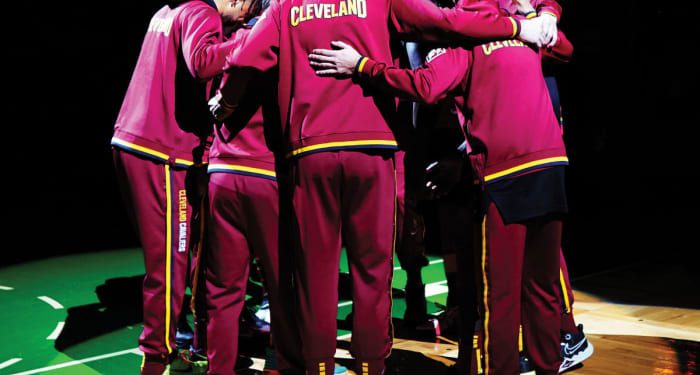 A lot has changed in the NFL this offseason. Not only are big-name players moving to new teams, some of the most prominent announcers have found new homes and roles as well. To recap:

Moves like these might not be greeted with the same fanfare as Russell Wilson’s trade to the Broncos, but they might be just as important to a fan’s enjoyment of the NFL. Games are much more fun to watch when there’s a good broadcast team in the booth.

Aikman joined Jimmy Traina on the latest episode of the SI Media Podcast to discuss why he made the jump to ESPN and Fox’s lack of effort to retain him, among other topics. Jimmy is as plugged into the world of sports media as anyone, so I figured I’d reach out to have him help explain what’s going on with this shakeup.

Dan Gartland: What’s sparking all this movement by announcers? To me, it looks like there are two separate causes: Amazon winning the bidding for Thursday Night Football and ESPN’s desire to finally have a top-notch Monday Night Football duo. Am I missing a bigger trend?

Jimmy Traina: Three things came together to cause the perfect storm. 1) As you said, Amazon is entering the game with exclusive rights to Thursday Night Football this coming season. They were hell-bent on having a credible booth and wanted Al Michaels and Troy Aikman. Once Aikman went to ESPN, Amazon turned to the top college analyst in the game, Kirk Herbstreit. 2) NBC has had Mike Tirico waiting in the wings to take over Sunday Night Football for a couple of years. Michaels’s contract expired after the Bengals-Rams Super Bowl, and NBC decided not to bring him back. 3) Tony Romo set the market for NFL analysts at the beginning of 2020 when he signed a new deal with CBS for $17–18 million annually. Once that happened, the other top analysts were going to make sure they got paid as well when their contracts were up, and that’s what happened with Troy Aikman.

DG: The only seat left open in this game of musical chairs is the top spot on Fox. The easy thing for the network to do would be to bump Kevin Burkhardt and Greg Olsen up from the No. 2 spot. Do you think that’s the best move or would you rather see Fox do something bolder, like move Gus Johnson to the NFL full time?

JT: What’s interesting about this question is that there’s actually another spot open that no one is talking about. If Fox bumps up Burkhardt and Olsen to its top slot, then Fox needs a No. 2 team. And you can’t discount the importance of the No. 2 team because they call a playoff game. I like Kevin Burkhardt and I think he’s a No. 1 guy. Olsen has only done one season as an analyst and he was very dry, in my opinion. I’m sure he’ll improve, but it won’t be easy to do that as the network’s No. 1 analyst because the scrutiny will be intense. I’d love to see Gus leave college football and go back to the NFL, but I’m not sure Fox is going to break up its lead college football broadcast team when they have so much upheaval with its NFL teams.

DG: Fox is in a tricky spot here because it’s going to broadcast next year’s Super Bowl. Do you think that will impact the network’s decision-making at all?

JT: I think Fox would bump Burkhardt and Olsen up to its No. 1 team whether they had the Super Bowl or not.

DG: What was your reaction to hearing from Aikman that Fox didn’t even try to retain him?

DG: With all of the NFL implications, I think it’s getting a little bit overlooked that Fox is also on the hunt for a new lead baseball announcer who will call World Series games. Do you have a favorite candidate for that job, or are you like me and just hoping John Smoltz gets booted?

JT: Poor baseball. The guy who has called the last 20-something World Series just left and nobody cares. I think this is pretty significant. Joe Buck was a great baseball play-by-by man. Reports have said that Fox will promote Joe Davis and make him its lead baseball announcer. If I was Fox, I would’ve tried to get Don Orsillo from Turner Sports. Unfortunately for you, I doubt Smoltz is going anywhere.

In today’s Daily Cover, Chris Herring writes that the Cavaliers, even though last night’s game was all about LeBron’s homecoming, are building something special in Cleveland. … Conor Orr argues that the Falcons trading Matt Ryan to the Colts is an embarrassing and costly byproduct of their shameful pursuit of Deshaun Watson. … The UConn women’s second-round win over UCF was “notably rough,” Emma Baccellieri writes, but the Huskies are through to the Sweet 16. … Kevin Sweeney ranks the 16 teams left in the men’s tournament. … Jeremy Woo weighs in on the Big Ten’s disappointing men’s tournament, as the conference has only two teams out of nine left standing.

Confusion over Evgenii Dadonov’s no-trade clause is causing a hang-up in a trade between the Golden Knights and Ducks made just before yesterday’s NHL deadline. … An appeals court has denied MLB’s request to keep a letter sent to the Yankees about alleged cheating sealed. … Phil Mickelson is no longer listed as participating in this year’s Masters. … The Commanders reportedly thought about luring Andrew Luck out of retirement before trading for Carson Wentz. … A Tennessee man was found guilty yesterday of the 2010 murder of former NBA player Lorenzen Wright. (Jon Wertheim wrote an excellent piece for SI about Wright’s killing in 2015.)

5. LaMelo Ball’s clutch floater in the final seconds against the Pelicans

2. Grace Berger’s drive to the rim for the go-ahead layup with 31 seconds left in Indiana’s win over Princeton

Former NFL commissioner Pete Rozelle announced his retirement on this day in 1989 after 29 years on the job. When Rozelle was elected commissioner in ’60, how many votes did the NFL’s 12 owners take before finally agreeing to choose the 33-year-old Rozelle?

Yesterday’s SIQ: Which team did Kenny Washington and Woody Strode sign with in 1946 to break the NFL’s color barrier?

(The answer was inadvertently included in yesterday’s newsletter, but here it is if you missed it.)

Answer: The Rams. The NFL’s color barrier was different from baseball’s. The league was integrated when it was founded in 1920, but Black players were few and far between. In ’33, George Preston Marshall—the owner of the team now known as the Commanders—got his fellow owners to agree to an unwritten whites-only policy after the only two Black players in the league in ’32 were not re-signed.

Washington and Strode, along with Bill Willis and Marion Motley of the Browns, were part of a group of four players who reintegrated the league in 1946. Washington had starred at UCLA alongside Jackie Robinson in both football and baseball. Unable to join the NFL after graduation, he played in the Pacific Coast Professional Football League and became a police officer with the LAPD.

The league’s racism deprived Washington of what likely would have been an excellent NFL career. Though he dominated at UCLA and with the PCPFL’s Hollywood Bears, by the time he signed with the Rams, Washington had undergone five knee surgeries. He still had a respectable three seasons in the NFL, averaging 6.1 yards per carry in 27 games while also playing as a defensive back.

Two of the other players who broke the color barrier with Washington, Bill Willis and Marion Motley of the Browns, were elected to the Hall of Fame. Washington’s teammate Woody Strode played only sparingly in his single season in the NFL and decided to leave the league behind to pursue an acting career. (According to the NFLPA, persistent racial abuse was at least part of the reason he gave up football.) Strode went on to become one of the premier actors of his day and was particularly known for his role in Westerns. Sheriff Woody in Toy Story was named after him.

Despite his talent and status as a trailblazer, Washington is not revered to the same extent as his former teammate and baseball equivalent, Robinson. Joshua Neuman explored Washington’s legacy in an excellent piece for Slate, if you want to read more about him.

Thirteen-year-old tennis prodigy Tracy Austin was the cover star of this issue, but the accompanying story by Curry Kirkpatrick is just as much about her tennis-obsessed family. She is the youngest of five siblings, all of whom (Pam, Jeff, Doug and John) went on to play professional tennis. But Tracy was, by far, the best out of all of them.

Tracy started competing in professional tournaments as an amateur the year after she appeared on the cover and made the quarterfinals at the 1977 U.S. Open, at the age of 14. She turned pro in the fall of ’78, two months before her 16th birthday.

But Austin’s success didn’t last. In 1981, she injured her back and the ensuing cycle of surgeries and rehab kept her sidelined for long stretches over the next several years. She played a limited schedule in ’83 and ’84, then didn’t compete on tour again until August ’88. In ’89, she was involved in a near-fatal car crash that (despite an attempted comeback in the early ’90s) effectively ended her career. She now works as a commentator.

Lapland UK 2022: How to get tickets, where the Christmas festival will take place and how much it costs