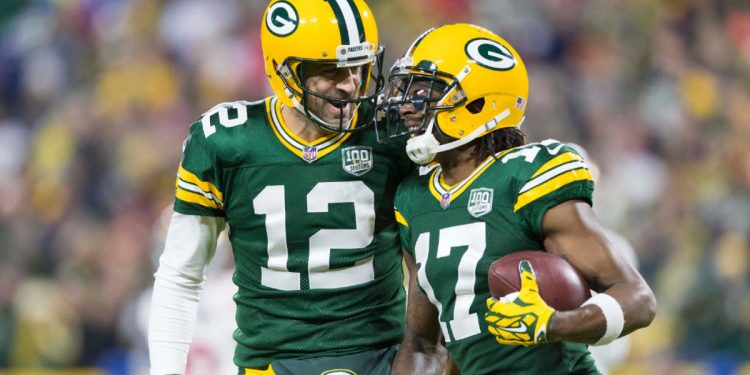 
INDIANAPOLIS – The Green Bay Packers are doing whatever they can to keep the Aaron Rodgers era going. That much we know.

Sources with multiple teams who have interest in acquiring the future Hall of Fame quarterback remain skeptical he will see the market. What they know for sure is that Packers brass is trying to find the means to retain Rodgers and keep at least a healthy semblance of the roster intact to make a run at a Lombardi with him in 2022. According to these rival general managers, the Packers will do whatever they have to do to create enough room to franchise star receiver Davante Adams, knowing that any plan to re-recruit Rodgers that doesn’t include Adams is a lost cause.

“They are going to whatever it takes to franchise the receiver,” one GM said.

Of course, it remains to be seen if that’s enough. Other teams are banking on Rodgers staying in Green Bay, but he is the ultimate wild card. He tends to go to extremes and take things very personally and it’s hardly out of the question that he goes through this long process sending every overt signal that he wants to stay with the only team he has ever known … only to pull the rug out on everyone in Green Bay’s front office and demand a trade anyway.

Nothing is over til it’s over with this guy. But within the industry the assumption is there will be a resolution on this matter very shortly, and that Rodgers will get all the cash he wants to stay in Green Bay.

With Tom Brady retiring, there is no easy solution to replace him in Tampa Bay. This isn’t like two years ago when Brady – and guys like Drew Brees and Philip Rivers – abounded as potential quick fixes on the free-agent market.

As Bucs coach Bruce Arians told me: “There’s no door No. 2 this year.” And Arians made it pretty clear Tampa has looked into some potential trades for a veteran quarterback, and the prospects are not great of them coming to agreement on trade terms on that market. Rumblings persist that Brady might quickly return to the game, but Arians can’t bank on that and doesn’t think it’ll happen. Of course, he’d welcome such a call or text.

The most likely outcome, however, could be the Bucs staying within. Veteran Blaine Gabbert and youngster Kyle Trask are on the roster now. And while I believe the Bucs will add a quarterback of some sort – Gardner Minshew, Mitchell Trubisky – I am starting to take Arians at his word about where this team is leaning at the QB position. Arians seems genuinely enthused about the development of Trask after selecting him a year ago, and about how much a year spent backing up Brady could aid his development.

I wouldn’t bank on the Bucs doing anything super splashy post-Brady.

Cardinals coach Kliff Kingsbury tries to downplay the strange dynamic at play in what has already become a tumultuous and difficult offseason for his team, only mere weeks into it. But that dynamic is complicated. He and quarterback Kyler Murray share representation by the same agent — at a time when Murray has gone very public, via that representation, in his desire for a massive new deal, while Kingsbury also enters a pivotal year for his own future as an NFL head coach. Tricky.

As we told you back when Murray’s social media scrub of all things Cardinals went down weeks ago, this is all about money. It’s about Murray, the first pick of the 2019 draft, being compensated at the level he believes he is worth after three up-and-down years in the league, and the franchise not being in a hurry to pay him $40M a year. That’s the rub. And Murray isn’t happy that this isn’t going to be a smooth and easy process, and that he might need to play it out on his rookie deal (with a fifth-year option looming), hence all the passive aggressive antics.

“I think if you look across the landscape, everybody has some of that going on, and it’s part of their expression,” Kingsbury said of Murray’s icy offseason with the team during his media session at the combine. Kingsbury also expressed confidence that the quarterback will be “highly motivated to be a much better player going into next year.”

But he doesn’t seem all that fired up to be doing that on his rookie deal. Murray has every right to his opinion, and to handle this however he wants, and scrubbing your team from The Gram has become a go-to move for aggrieved players. No reason to freak out about that. But this also ain’t your normal scenario for a multitude of reasons, and while Kingsbury can talk about separation of church and state, if you will, when speaking with agent Erik Burkhardt about his own personal matters, the fact is he came to Arizona with Kyler as a package deal, they are linked together in ways beyond most other coaches and quarterbacks and it does complicate things.

Bottom line is coach and QB might be facing a steep uphill climb to cash in this offseason. By the early indications, they already are.

More insider notes from the combine