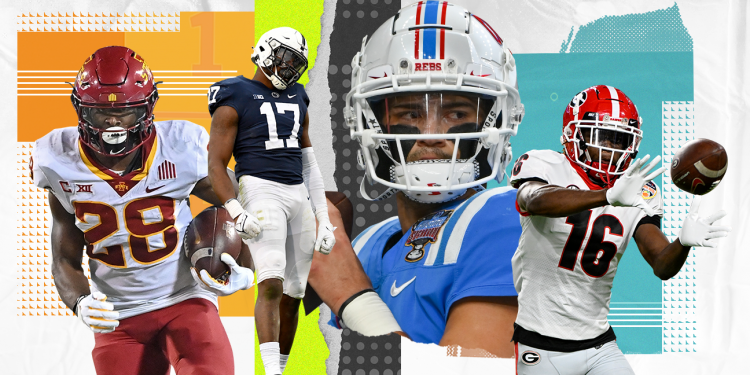 The Jacksonville Jaguars are on the clock, of course, but they’re not the most interesting team in this draft. There are a whopping eight teams with two first-round picks — a record if it shakes out that way on April 28 — including Super Bowl contenders such as the Green Bay Packers and Kansas City Chiefs. There are a lot of ways Round 1 could go, especially with the questions (and concerns) around the quarterback class.

Let’s get into my annual two-round mock draft, projecting Picks 1-64. I have four quarterbacks and 12 wide receivers here, plus four edge defenders in the top seven picks. I have interesting landing spots for the offensive tackles. And I have one trade for a team moving back into Round 1 to get a critical need — and leaping another franchise that needs that position.

I’m projecting these 64 picks based on a combination of my updated rankings, team needs and what I’m hearing from execs, scouts and coaches in the league. For the second round, in particular, so much could change between now and when teams are on the clock, so I’m using my Big Board as a guide on value.

If you want to go deeper than the first two rounds, check out Jordan Reid’s seven-round mock. And you can catch the one-hour SportsCenter Special on Wednesday breaking down these picks at 5 p.m. ET on ESPN2 and ESPN+.