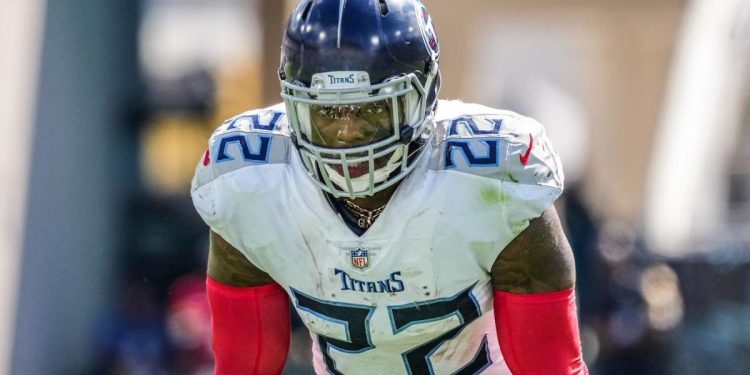 
It may be hard to believe, but Week 18 of the 2021 NFL regular season is upon us. The end of the NFL’s longest-ever regular season promises to be a memorable one. Along with the top seed in the AFC, there are three playoff spots that seven teams will fight to earn this weekend. There are also several NFL records that could fall, including Michael Strahan’s single-season sack record and Calvin Johnson’s record for receiving yards in a season.

As is the case every week, injuries will play a factor in what happens this weekend. The Titans made headlines on Wednesday when they designated running back Derrick Henry to return from injured reserve. Henry’s return would surely big a big boost for a Titans team that is looking to secure the AFC’s top seed with a win over the Houston Texans.

As teams hit the practice field for the first time on Wednesday, we’ll take a look at the initial injury reports to see which way some of those playmakers are trending heading into the rest of the week.

Chiefs running back Clyde Edwards-Helaire missed his fifth consecutive practice. Edwards-Helaire did not play this past Sunday after sustaining a shoulder injury against the Steelers in Week 16. With Edwards-Helaire out, Darrel Williams rushed for 88 yards and two touchdowns on 14 carries during the Chiefs’ 34-31 loss to the Bengals. Offensive lineman Orlando Brown — who suffered a calf injury pregame last week — was a full participant after being limited on Tuesday. Fellow lineman Lucaas Niang was held out.

Denver placed Teddy Bridgewater on season-ending injured reserve on Wednesday. Bridgewater has not played since suffering a concussion during Denver’s Week 15 loss to Cincinnati. The Broncos’ offense will once again be led by Drew Lock, who threw for 398 yards with one touchdown in Denver’s last two games.

Cowboys fans were hit with the news on Wednesday that rookie phenom Micah Parsons was placed on the team’s reserve/COVID-19 list. Parsons is vaccinated, a source tells CBS Sports, and has a chance to test out of the protocol this week. Meanwhile, safety Jayron Kearse (hamstring) and running back Tony Pollard (foot) were limited at practice.

Philadelphia did not have offensive lineman Landon Dickerson (thumb), running back Miles Sanders (hand) and tackle Lane Johnson (knee). In the case of Johnson, however, the team notes he was given a rest day. Linebacker Shaun Bradley and quarterback Jalen Hurts were both limited.

Green Bay held a walkthrough session on Wednesday, so their injury report is merely an estimation of what things would have looked like had they given it a full go. The Packers listed both quarterback Aaron Rodgers (toe) and defensive lineman (Kingsley Keke (illness) as non participants in the week’s opening session. Meanwhile, tackle David Bakhtiari (knee), linebacker De’Vondre Campbell (elbow), tight end Dominique Dafney (ankle), and running back Aaron Jones (knee) were all limited.

Quarterback Justin Fields practiced in full on Wednesday and will start Sunday’s game against the Vikings. Fields has missed the Bears’ last two games after suffering an ankle injury. With Fields out, Nick Foles and Andy Dalton led Chicago to wins over the Seahawks and Giants, respectively. Elsewhere on the roster, linebacker Robert Quinn (shoulder) did not practice.

The Vikings will also have their starting quarterback back for Sunday’s game. Kirk Cousins will face the Bears after he was activated off of the COVID-19 list on Wednesday. Cousins enters the game with 30 touchdowns against just seven interceptions.

The Colts were without defensive tackle DeForest Buckner (knee), guard Chris Reed (illness), cornerback Xavier Rhodes (hamstring) and linebacker CJ Speed (hip). The Colts can clinch a playoff berth with a win over the Jaguars.

Henry returned to practice Wednesday as the Titans began their 21-day window regarding his activation to the 53-man roster. Regardless of Henry’s status for Sunday’s game, the Titans are in good hands with running backs D’Onta Foreman, Dontrell Hilliard and Jeremy McNichols, who have handled the workload in Henry’s absence over the past eight games. At practice, Julion Jones (hamstring) headlined the group of limited players, while defensive lineman Naquan Jones (knee) was the lone Titans player missing from the session.

The Washington Football Team activated running back Antonio Gibson and guard Ereck Flowers from the reserve/COVID-19 list on Wednesday. Flowers was not listed on the opening injury report, but the team did limit Gibson’s action due to a hip injury. Offensive lineman Samuel Cosmi (hip) was also limited, while tackle Saahdiq Charles (knee), receiver Curtis Samuel (hamstring), tight end, and Ricky Seals-Jones (concussion) were held out.

The Steelers don’t have much news from an injury standpoint, but Pittsburgh did place cornerback Joe Haden on the reserve/COVID-19 list on Wednesday. The Steelers also placed defensive coordinator Keith Butler in the COVID-19 protocols. The Steelers activated several players from their COVID-19 list, including linebackers Devin Bush and Joe Schobert, defensive back Arthur Maulet and defensive end Chris Wormley. Ben Roethlisberger was limited in what was likely his final Wednesday regular season practice. The Steelers did have two starting offensive linemen miss practice Wednesday in Trai Turner (knee), Dan Moore Jr. (ankle). Fellow lineman Kendrick Green (calf) was limited.

As for Baltimore, a handful of players were given rest days. That said, Lamar Jackson continues to miss time due to his ankle injury. Tackle Patrick Mekari (hand), linebacker Odafe Oweh (foot), and fullback Patrick Ricard (knee) were the other Ravens held out of Wednesday’s practice due to injury. Guard Ben Powers (foot) was limited.

Having already clinched the AFC North title, the Bengals have ruled out quarterback Joe Burrow for Sunday’s game. Cincinnati will also be without running back Joe Mixon after he tested positive for COVID-19. Bengals coach Zac Taylor said that he has not made a decision on rookie Ja’Marr Chase’s status. Chase has caught 79 passes for 1,429 yards and 13 touchdowns while averaging a league-high 18.1 yards per reception.

Buffalo conducted a walkthrough practice on Wednesday, so its injury report is an estimation. Receiver Emmanuel Sanders (knee) was held out along with defensive end Efe Obada (ankle) and offensive lineman Dion Dawkins (personal). Offensive lineman Ryan Bates (knee) and defensive tackle Ed Oliver (ankle) were the only two Bills players limited due to injury.

Falcons star rookie tight end Kyle Pitts did not practice on Wednesday due to a hamstring injury, while running back Qadree Ollison (quad) was also held out of the session. Receiver Frank Darby (shoulder) was limited.

The Cardinals were also missing a number of pieces at practice to begin the week. However, four of the nine players held out were simply given a rest day. Those who missed due to injury include running back Chase Edmonds (ribs, toe), defensive lineman Zach Allen (ankle), tight end Demetrius Harris (shoulder), defensive lineman Jordan Phillips (knee), and corner Marco Wilson (shoulder). Running back James Conner (heel), linebacker Dennis Gardeck (thumb), and receiver Rondale Moore (ankle) were all limited.

Jimmy Garoppolo practiced on a limited basis as the 49ers’ quarterback is still dealing with his thumb injury. With Garoppolo out, rookie quarterback Trey Lance threw for 249 yards with two touchdowns and an interception during the 49ers’ Week 17 win over the Texans. The 49ers and Saints are vying to earn the final spot in the NFC playoffs. Elsewhere at practice, running back Elijah Mitchell (knee) was held out, while defensive end Nick Bosa and tackle Trent Williams were given rest days.

The Rams are gearing up for the season debut of running back Cam Akers, who suffered a torn Achilles this summer. He was a full participant in practice on Wednesday and Sean McVay noted that he will have a role in Week 18. Safety Nick Scott was limited with a thumb injury, while Aaron Donald, Jalen Ramsey and Leonard Floyd were among the players given a rest day and did not practice.

Las Vegas held a walkthrough practice so their injury report is an estimate. Former Pro Bowl tight end Darren Waller practiced in a limited capacity on Wednesday. Waller has not played since sustaining a knee injury during the Raiders’ Thanksgiving Day win over the Cowboys. Despite Waller’s absence, the Raiders are 9-7 and remain in the hunt to secure a wild card berth. Elsewhere at practice, the Raiders were without defensive tackle Jonathan Hankins (back), and limited running back Josh Jacobs (ribs), safety Trevon Moehrig (shoulder) and linebacker Denzel Perryman (ankle).

Victoria Covid-19: More restrictions to be enforced in Victoria as cases surge