NHS algorithm used to spot people most at risk of dying or being admitted to intensive care performs ‘poorly’ on Covid-19 patients, study finds

By Joe Pinkstone For Mailonline

An algorithm used by the NHS to predict which patients are most likely to deteriorate is inaccurate when used on Covid-19 patients, a new study shows.

The algorithm has ben used for years and is endorsed by NHS England. It gives each patient a score which predicts how their condition will change.

King’s College London researchers studied how good the algorithm was at predicting the health outcomes of 1,276 Covid-19 patients admitted to hospital in March and April 2020.

The data reveals ‘poor-to-moderate’ accuracy for spotting patients who are at risk of being admitted to ICU or dying two weeks later. 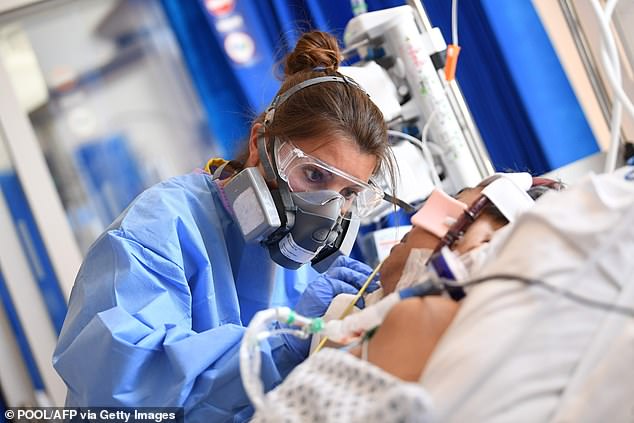 King’s College London researchers studied how good the algorithm was at predicting 1,276 Covid-19 patients admitted to hospital in March and April 2020 and found it performed at  a poor to moderate level (file)

Doctors use NEWS2 — UK National Early Warning Risk Score — to prioritise care for individuals who are most at risk of rapid deterioration.

It takes into account a host of features about a patient’s current state, including their respiration rate, oxygen saturation, blood pressure and temperature.

The algorithm is employed by 100 per cent of ambulance trusts and 76 per cent of acute trusts in England, NHS England says.

Initial analysis conducted on 1,276 patients in London was then compared to more than 6,000 Covid patients at eight hospitals globally, with five in the UK, one in Norway and two in Wuhan, China. 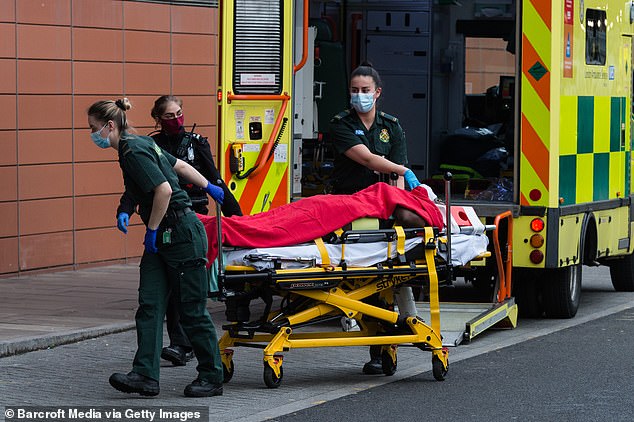 The NEWS2 algorithm is employed by 100 per cent of ambulance trusts and 76 per cent of acute trusts in England, NHS England says

They directly compared the NEWS2 grading on admission with their eventual condition, focusing specifically on admissions to intensive care or death.

Dr Ewan Carr, co-author of the study from KCL, said: ‘We have conducted the largest study to date evaluating the accuracy of NEWS2 for predicting medium-term COVID outcomes.

‘NEWS2 is widely used in UK NHS trusts but little is known about how well it can predict severe COVID outcomes and so evaluating its accuracy is important as we look to improve patient care now and in future.

‘By collecting data from nine hospitals globally, our results have robust external validation.’

The researchers found the accuracy of the system was improved if extra information was inputted — specifically age, oxygen saturation and neutrophil count, a type of white blood cell which fights viruses.

Dr James Teo, a consultant neurologist at King’s College Hospital and co-author of the study, said: ‘Our results for the first time validates NEWS2, and shows how it could be improved by adding common blood and physiological parameters.

‘Thankfully, this NHS scoring system is easy to adapt and implement in real-world clinical practice, compared to other complex risk-scoring models.’

An NHS spokesperson said: ‘As this study rightly points out, the National Early Warning Scores system works best alongside, but not in place of, clinical judgement and when important other clinical factors and pre-existing conditions are also taken into account.

‘The NHS has been clear throughout the pandemic that clinical teams should not rely solely on NEWS2, which is exactly what staff have been doing.’

Wearing face masks DOES stop the spread of Covid-19

Wearing face masks is an effective way to stop the spread of the coronavirus, a landmark study has found.

Researchers in the US have found a 10 per cent rise in self-reported mask wearing is associated with a three-fold increase in the odds of keeping the R number below 1.

R is the number of people that one infected person will pass on the virus to, on average. When the R value is less than 1, it means the epidemic is shrinking.

However, the scientists warn that while face coverings can help control Covid-19 transmission in the community, they should not be a replacement for other coronavirus measures such as social distancing.

The US-based experts said their findings, published in the journal Lancet Digital Health, suggest that communities with high reported mask-wearing as well as physical distancing are the most likely to be able to control transmission.

They used a computer model to determine what interventions are needed in order to reduce the R rate below 1, what is needed in order for the pandemic to be deemed ‘under control’.

The scientists found the odds of this happening go up 3.53 times if there is a ten per cent increase in population mask wearing, irrespective of what the baseline is. 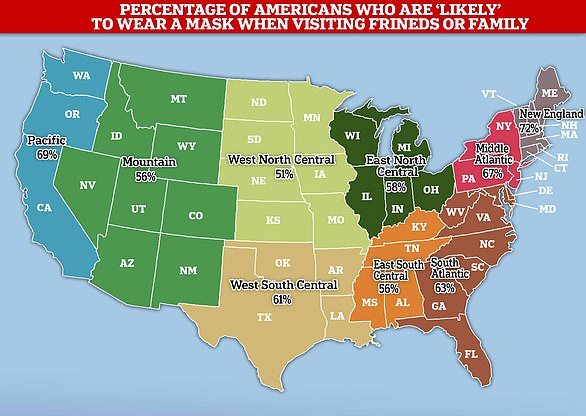 ‘Make it truly world class – Extend and expand the W-League now!’ – FTBL | The home of football in Australia – The Women’s Game

‘Britain stands with our Queen’: Tory MPs lead the backlash against Prince Harry and Meghan