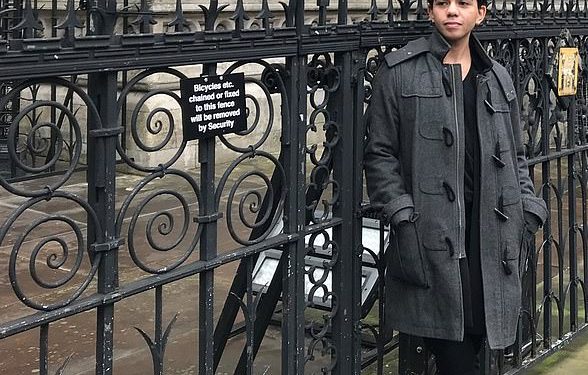 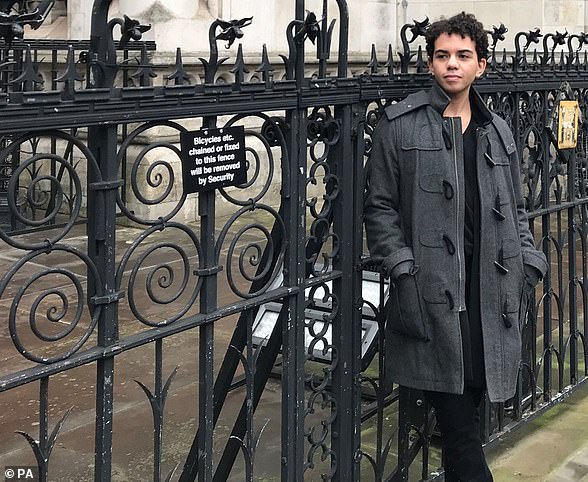 Keira told the Daily Mail what happened to her, in order to highlight her plight and, she said, serve as a warning to others.

Keira was brought up in Hertfordshire, with two younger sisters, by her single mother, as her parents had divorced. Her father, who served in the U.S. military in Britain and has since settled here, lived a few miles away.

She was always a tomboy, she said. She did not like wearing skirts, and can still vividly remember two occasions when she was forced by her family to go out in a dress.

But the question set Keira thinking that she might be what was then called transsexual, and today is known as transgender.

‘The idea was disgusting to me,’ she tells me. ‘Wanting to change sex was not glorified as it is now. It was still relatively unknown. Yet the idea stuck in my mind and it didn’t go away.’

Keira’s road to the invasive treatment she blames for blighting her life, began after she started to persistently play truant at school. An odd one out, she insisted on wearing trousers — most female pupils there chose skirts — and rarely had friends of either sex.

When she continually refused to turn up at class as a result of bullying, she was referred to a therapist.

She told him of her thoughts that she wanted to be a boy.

Very soon, she was referred to her local doctor who, in turn, sent her to the child and adolescent mental health service (CAMHS) near her home. From there, because of her belief that she was born in the wrong body, she was given treatment at the Tavistock.

Keira had entered puberty and her periods had begun. ‘The Tavistock gave me hormone blockers to stop my female development. It was like turning off a tap,’ she said.

‘I had symptoms similar to the menopause when a woman’s hormones drop. I had hot flushes, I found it difficult to sleep, my sex drive disappeared. I was given calcium tablets because my bones weakened.’

Keira claimed she was not warned by the Tavistock therapists of the dreadful symptoms ahead.

Her breasts, which she had been binding with a cloth she bought from a transgender internet site, did not instantly disappear. ‘I was in nowhere land,’ she said.

Yet back she went to the Tavistock, where tests were run to see if she was ready for the next stage of her treatment after nearly a year on blockers.

A few months later, she noticed the first wispy hairs growing on her chin. At last something was happening. Keira was pleased.

She was referred to the Gender Identity Clinic in West London, which treats adults planning to change sex.

After getting two ‘opinions’ from experts there, she was sent to a hospital in Brighton, East Sussex, for a double mastectomy, aged 20.

By now, she had a full beard, her sex drive returned, and her voice was deep.

After her breasts were removed, she began to have doubts about becoming a boy.

Despite her doubts, she pressed on. She changed her name and sex on her driving licence and birth certificate, calling herself Quincy (after musician Quincy Jones) as she liked the sound of it. She also altered her name by deed poll, and got a government-authorised Gender Recognition Certificate making her officially male.

In January last year, soon after her 22nd birthday, she had her final testosterone injection.

But, after years of having hormones pumped into your body, the clock is not easily turned back. It is true that her periods returned and she slowly began to regain a more feminine figure around her hips. Yet her beard still grows.

‘I don’t know if I will ever really look like a woman again,’ she said. ‘I feel I was a guinea pig at the Tavistock, and I don’t think anyone knows what will happen to my body in the future.’

Even the question of whether she will be able to have children is in doubt.

She has started buying women’s clothes and using female toilets again, but said: ‘I worry about it every time in case women think I am a man. I get nervous. I have short hair but I am growing it and, perhaps, that will make a difference.’

By law she is male, and she faces the bureaucratic nightmare of changing official paperwork back to say she is female.