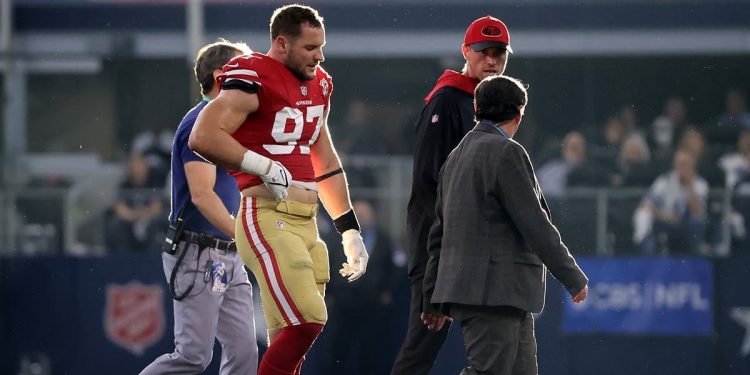 The 49ers put together a strong showing in the first half against the Cowboys, opening up a 13–0 lead early in the second quarter, but suffered a potentially serious blow just before halftime.

Holding a 16–7 lead, Pro Bowl defensive end Nick Bosa was forced to leave the game late in the second quarter after colliding with teammate D.J. Jones while trying to sack Cowboys quarterback Dak Prescott. Bosa was stumbling to the ground and hit his head against Jones, and appeared to be shaken up as he stayed on the ground after the hit.

Bosa was tended to by trainers and headed to the locker room early, though he was able to walk under his own power. He was later evaluated for a concussion, and eventually ruled out for the remainder of the game.

The third-year defensive end was the second overall pick in the 2019 draft, and made his second Pro Bowl of his career this season. In 17 games, Bosa recorded 15.5 sacks and tied for the league lead with 21 tackles for loss.

Prince’s estate given an official value of $156.4million