Nick Cannon: I Keep Hurting the Feelings of My Kids’ Moms! My Bad! 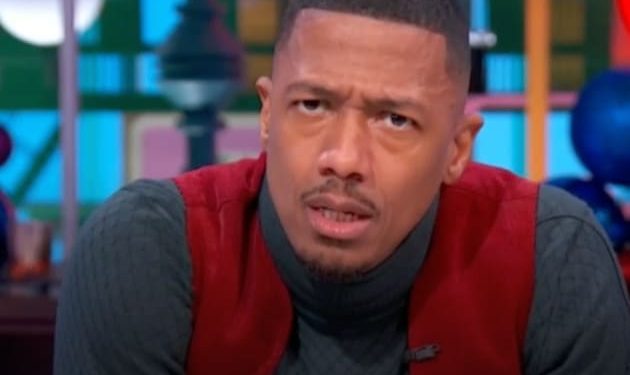 Despite last year’s pledge to become celibate, Nick Cannon is expecting his eighth child with yet another model.


Even with conception happening before the pledge, he knows that it’s painful news — especially to his previous baby mama, who is still grieving.


Nick is aware that the news, and how it broke, was hurtful in ways that he never intended.


He is even offering an apology, insisting that he takes responsibility for all of it.


“I actually would like to take a moment just to be honest,” Nick Cannon expressed on February 3.


“And,” he continued on his show, “even take a moment to listen and reflect on what I was saying and what’s popping.”


Nick explained that he wanted to take a moment “and apologize properly.”


“I wish to always protect and respect the privacy of the mothers of all my children,” Nick insisted.


Nick emphasized: “I just really want to be sincere.”


“And I have such a great relationship,” he said, “and great admiration for everyone in my life.”


Clearly, this is an emotional and complicated topic for him.


“I believe I probably, no, I failed to do so,” Nick admitted, referring to how he didn’t do everyone justice when confirming that Baby #8 is on the way.


Nick had of course put off the announcement for a while because he was grieving the loss of 5-month-old son, Zen, who passed in December.


“This was always in the back of my mind, like, ‘What is the right time? How do I share this?'” Nick explained.


“I wanted to definitely respect the grieving process with [Zen’s mom, Alyssa Scott],” he said during the announcement, “and Bre was respectful enough.”


Nick explained at the time: “She held off making our announcements and speaking on social media.”


However, there were photos and even a video from Bre’s baby shower.


The Malibu party went down on January 29, complete with Nick posing beside the model and her baby bump.


The proverbial cat was out of the bag, and Nick couldn’t keep the news under wraps anymore.


“I misspoke and probably went too much into detail on Monday,” Nick characterized.


He explained that he had felt caught up while “expressing my feelings.”


“It felt like I was probably making some comparatives or probably discussing when talking about the passing of my son Zen,” he admitted.


“And then also talk about the new child that I’m expecting,” Nick said.


Nick affirmed that this is “because those are two completely separate moments in my life and in life.”


Nick strongly vowed to do better when touching upon “delicate and sensitive discussions.”


He also made a promise to the various mothers of his children that he will resolve to be more “understanding, caring, and compassionate.”


Nick reminded his listeners that he, too, has been through a lot.


“Grieving is a process,” Nick noted, “and I’m still grieving each and every single day.”


“And myself and Alyssa, our family,” he continued, “we still deal with that.”


“I’m a responsible human being and I take full responsibility for everything,” Nick stated to his listeners.


“I must say I sincerely apologize to everyone involved for any extra pain or confusion that I may have caused,” he concluded.


In otherwise, his words accidentally hurt some people whose feelings he cares about, and he hopes to not do that again.